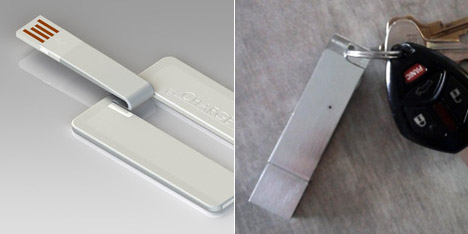 The USB seems to have grown exponentially more prevalent since it evolved into its third and current revision in late 2008 as the standard connector and, in concert with the decreasing cost of flash memory, replacing optical media as well. A couple of new products—one enthusiastically crowdfunded, the other not quite as successful (as of press time)—affirm USB technology's place among those coveted objects of 'everyday carry.' 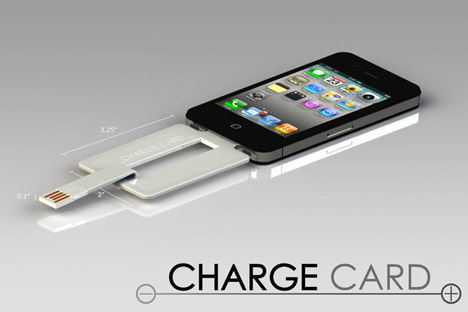 Our beloved smartphones only obliquely acknowledge their dependence on Universal Serial Bus: they're one degree (read: cable) removed from port... which, as Zeller Designs sees it, is precisely the problem. The ChargeCard, created by Noah Dentzel and Adam Miller, is at least as clever as its name: an iDevice (or micro-USB) cable in card form. The 1/10”-inch form factor makes it a readily 'walletable' solution to unwieldly, dubiously portable cables. As the story goes, the L.A.-based team came up with the ChargeCard when "one of Noah's colleague's desperately paid 50 bucks to a guy at a bar in exchange for his charger so he could text a girl he was trying to meet up with."

They upped the ante, seeking $50,000 on Kickstarter, a goal that they've more than doubled with 24 days to go. 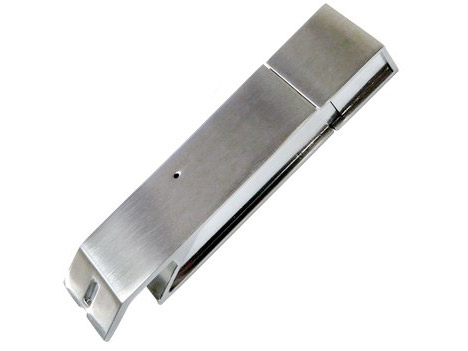 Meanwhile, in keeping with Dentzel and Miller's dude-centric mantra of "keys, phone, wallet," another self-initiated product speaks to the widespread adoption of USB technology. Considering that flash drives are now as common a keychain talisman as the ever-popular bottle opener—after all, the current generation of young urban professionals includes a contingent of former fratboys—it was only a matter of time before the two tools were combined into one. Designer Carter James is hoping to launch the PopTop USB Drive via IndieGogo, with just under three weeks to reach his $5,500 goal.While most USB drives are made from cheap plastic that are lucky to survive a week on your keychain, the PopTop USB drive departs from that trend. Made out of a solid cast alloy, it feels solid in your hand and will probably outlast anything else you keep in your pockets. It integrates a bottle opener into the end as well which means simplifying your keychain with one item. At 16GB, you can pretty much store anything you need.

Seeing as both Derrick Frohne's "eClip" and Budnitz Bicycles' "Beer Wrench" were met with a bit of 'already-been-done' backlash, I wouldn't be surprised if the concept of crossing a flash drive with a bottle opener has crossed someone else's mind. And while this point doesn't detract from the PopTop's minimalist elegance, I am a bit surprised to see that the keyring/lanyard slot is on the business end of the bottle opener. For what it's worth, they note that the opener is still functional—though I imagine it might be a bit awkward—and the keychain loop of flash drives is usually on the body, not the cap. (Anyone happen to know the reason for this convention besides that fact that it's less likely to get lost? I personally would prefer the other way around, as I don't like leaving my keys dangling off a USB port...) 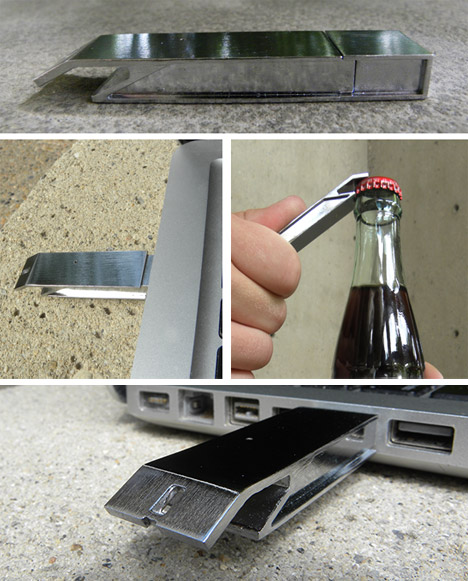 The one shortcoming of the ChargeCard, on the other hand, is a more fundamental—and thus arguably moot—issue: although it forms the necessary link between phone and power supply, the cable doesn't actually charge the device without a powered port. I'll concede that "USB ports can be found on many consumer electronics, allowing you to grab a quick charge for your phone wherever you may be," but I'd hesitate that they're ubiquitous enough to justify the claim that it's an 'anywhere, any time' lifesaver that hyperbolic headlines might suggest. (I'd also advise them to change the CNN link, which took me to a transcript of a live broadcast that consisted mostly of analysis the Sandusky trial and the tragedy in Aurora, CO.) 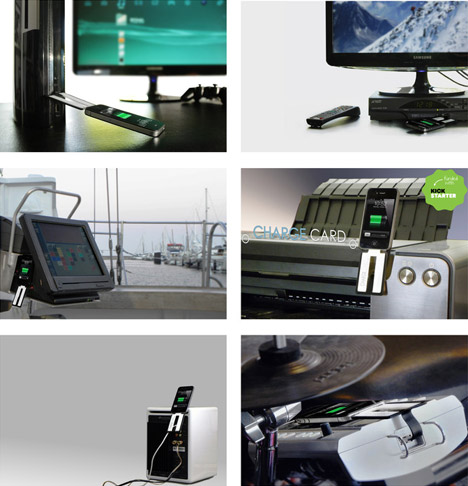 Of course, there is little ground to compare and contrast the two products, as they are related only by their incorporation of USB technology. In fact, I'd go so far as to say that they represent opposing approaches to developing a new product: where Dentzel and Miller have reconsidered the form of the USB cable, James has adapted the function of the USB drive. They're entirely different concepts of versatility... but it seems that the crowds are more willing to open their wallets, so to speak, for the former.