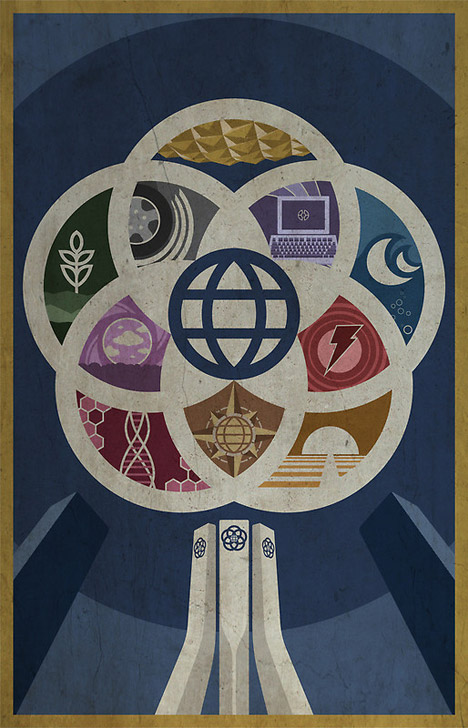 Disney's iconic "Prototype Community" inspired a series of poster compositions by Stephen Christ of Morton Grove, IL, who is releasing the complete set of 11 posters on Kickstarter in anticipation of the theme park's 30th anniversary this October. The artist, an industrial designer by trade, originally created the self-initiated homage a couple years back, but he's just launched a modest Kickstarter campaign (he's made $1,500 towards his $5,000 goal) in order to share his work with a broader audience, with the "ultimate goal to be accepted into Disney's Festival of Masters that showcases the best Disney artists around the world."October 1, 1982 - This was the day EPCOT Center opened its doors at Walt Disney World in Florida. Originally planned as an entire futuristic city, this innovative theme park was a gamble. Nothing like it had ever been attempted before. It was a display of everything the natural world has to offer, everything humans are capable of, and what the future holds. It was also one of the most well-designed and interesting places on earth.

One of my favorite parts of EPCOT Center was the logos that designated each pavilion. They were as basic as could be, stripping down a broad idea into a simple symbol. I wanted to celebrate this, so I expanded each logo into a fully fleshed out work of art. A simple line art drawing turned into a full color poster. 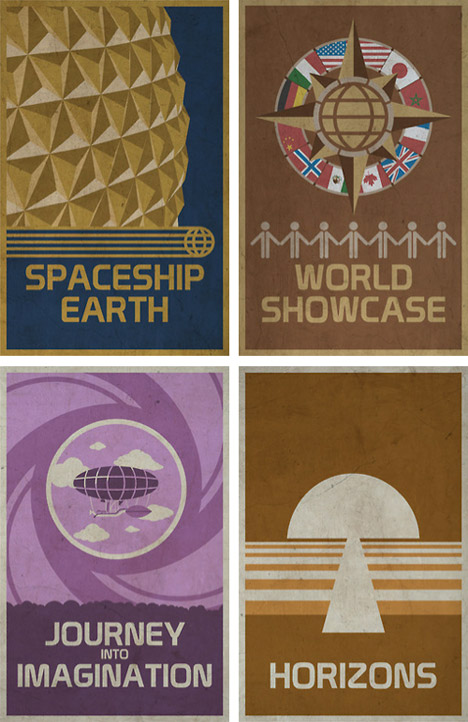 The flattened, color-block aesthetic hearkens back to Constructivism, while the vector icons evoke the much more recent Noun Project. Faux-distressing notwithstanding, the wonderful artwork transcends mere modernist nostalgia, capturing the optimistic spirit of its subject matter. 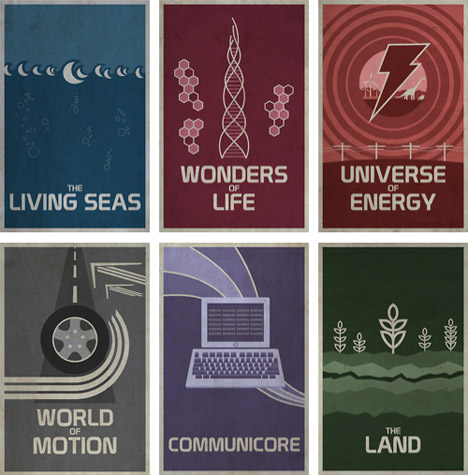 He's looking to wrap up the campaign in a couple weeks so the posters will arrive on backers' doorsteps in time for the October 1st anniversary; get your hands on them here. 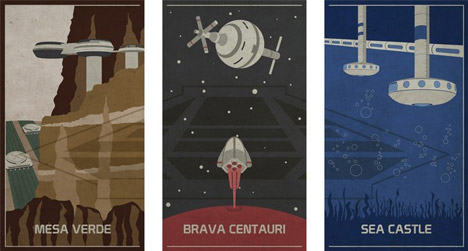 While the Epcot series is Christ's focus at the moment, his other work (graphic and otherwise) is worth checking out as well. In fact, some of his other posters are available on Imagekind. (The balloons, in particular, remind me of CrayonFire's Tour de France posters from last year.)