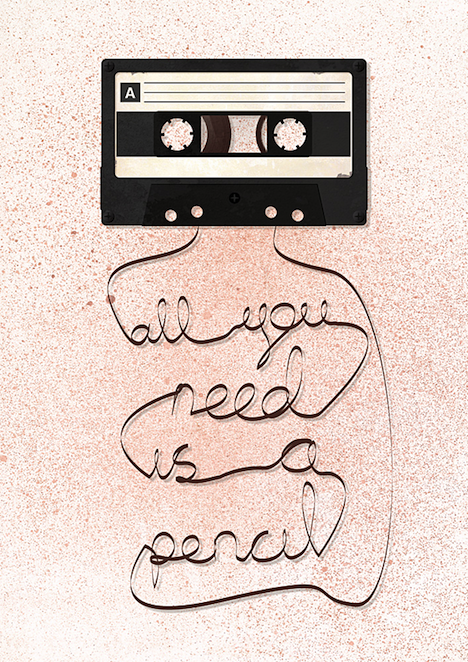 Paddy Donnelly designed poster, a backers gift for Kickstarting the 3rd Season of 99% Invisible. An ode to the audio cassette and a time when a pencil could solve all of our problems.

One of the coolest things about visiting a design studio and shadowing a designer is seeing their work in action. It's amazing to see a design come to life, and to watch designers ask and answer all the questions that designers do. That's also the beauty of solid design writing and journalism—the best writers are storytellers who find the tidbits that make design such a compelling field.

"I felt there was a real way to tell these stories in a cool way. And you can tell that the awareness of different aspects of design is at an all time high," said Roman Mars, the producer, host and founder of 99% Invisible, a popular radio show about design. As a host for Public Radio Exchange, Mars brought his public radio experience to the design show and met with numerous designers and architects to refine the concept. 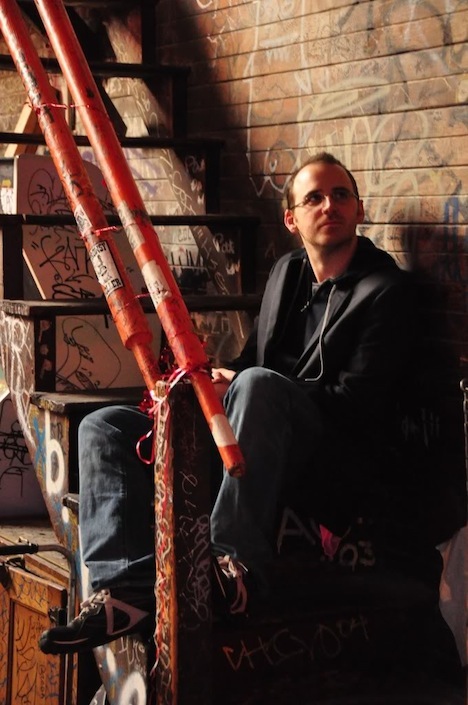 Everyone he spoke with mentioned a quote from legendary designer and innovator Buckminster Fuller, who talked about the "99% invisible" forces that shape the world and with this inspiration, the show was born. What started as a 1 minute spot soon evolved into a 4 1/2 minute radio show with even longer episodes for the popular podcast.

While it might seem difficult to talk about such visual work in an aural medium, Mars has a knack for finding the remarkable in daily life. And it's by identifying the compelling stories behind design that his program shines. In one popular episode, "Frozen Music," he talks about just how radical it was record music: But no effect has been as world changing as that original innovation: freezing music in time onto a recording, where a single version of a song, a single performance of a song, became the song. An inherently mutable method of communication was fundamentally changed.

"That's sort of my favorite part," Mars explained, "a little factoid about something that makes you see that thing differently and that makes you appreciate it and find some kind of genius or wonder in everyday things. I tend not to cover amazing or innovative design that makes you ooh and aah."

"I kind of like to cover manhole covers," he continued. "That's more my beat."

In another episode, he speaks with The New York Times writer Allison Arieff on design for airports. "It is all fixing as you go," Arieff tells him in the show. "There wasn't some great master plan." The episode goes on to explore how rapidly evolving technology can quickly make airports obsolete, especially after the increasing security requirements since 9/11. And so they explore the T2 terminal at SFO, with a special "recompose zone" for putting your clothes back on after going through security. 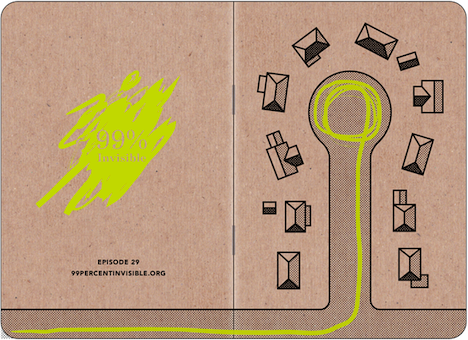 The most popular reward is one Roman Mars would like, too: a notebook designed by Andy Mangold.

"Roman's 99% Invisible takes our collaboration even further," said Jake Shapiro, CEO of Public Radio Exchange, "fusing together a distinctive pace, tone, curiosity and craft into something totally new. Roman is the perfect partner as he shares our commitment to changing the equation for programming, distribution and funding models in public radio."

Despite its remarkable popularity—Mars anticipates nearly 700,000 downloads of his podcast this month—99% Invisible needs financial support. After setting a goal to raise $42,000 on Kickstarter for the production of season 3, they've since raised $150,000 (as of press time), with a reach goal of $200,000 that would allow them to produce a video episode, hire a producer, redesign their web site, develop a smart phone app and, of course, "Research cloning Roman so we can get this all done."

The remarkable ascent of his Kickstarter project reflects, I think, the strength of the 99% Invisible community. His radio shows, posted onto Sound Cloud, receive numerous comments and annotations, and his site, which runs on Tumblr, enjoys frequent reblogs and favorites. Even the backer rewards featured here were designed by audience members with input from Roman. (My favorite is the custom "Book on Tape") 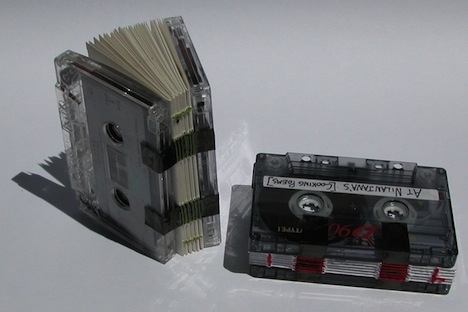 A "Book on Tape" designed by Woody Leslie for 99% Invisible.

"There are two complaints I get," said Mars. "Make the episodes longer and make them more often. When I saw the money rolling in I realize that was something I could try to do."

There are six days left to support Roman Mars's 99% Invisible on Kickstarter.