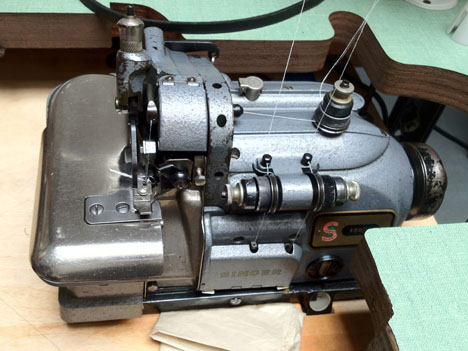 On the subway ride home I thought I'd peed myself, and discovered why the seller had been so eager to get rid of the machine. Cradled in my lap was a fairly rare 1965 overlock machine, Singer's 460/13 (above), and somewhere between 72nd and 14th Street it produced a large, oily wet spot spreading from crotch to mid-thigh on my jeans. It was leaking oil like crazy, a detail the Craigslist seller had neglected to mention while taking my money.

Back at home I took the machine apart, put it back together and spent a week getting it running again. I also found the source of the leak: A ruined gasket whose online price is $1.50. It's an irregularly-shaped 2-ounce piece of rubber and no one in the world seems to stock it anymore. This isn't the first time one of my projects has stalled for want of a sub-10-dollar, no-longer-available part. And this is why I want a magic 3D printer that can make things out of metal, plastic, and rubber.

I might be screwed, but I was heartened to read MakerBot's story of Malcolm Messiter, a guy who fixes old machines like me. Messiter's machines, however, play music. His 1970 Robert Goble self-playing harpsichord was out of commission with bad "jacks," the little plastic bits that hold the thingies that pluck the strings in place. 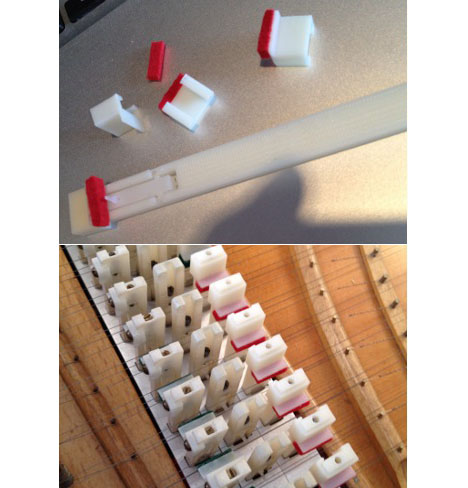 MakerBot to the rescue:To replace all the jacks on this instrument with custom wood pieces (there are 183 of them), Malcolm would have had to shell out something like £2000. That's $3100. And having custom plastic pieces made for the job? Forget about it.

But Malcolm has The Replicator, which can make anything, including 183 harpsichord jacks, and then 183 more. And now he has a functioning harpsichord. As far as we know, and as far as Malcolm knows, he is the first to perform this life-saving operation on a harpsichord. Like so many people on Thingiverse and others in the MakerBot world, he's a total pioneer.

...Malcolm tells me that, all told, these pieces average 3.62 grams when he makes them at 75% infill and one shell. MakerBot sells Natural ABS for $43 per kilogram. This means the entire repair set costs about $28.48 in materials. 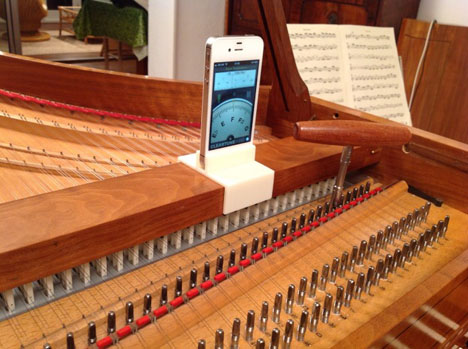 In the photo above you'll also spot the iPhone stand he printed out on his M'Bot; this lets him run a a tuning app on it while keeping both hands free to adjust the machine. Not too shabby, Messiter.