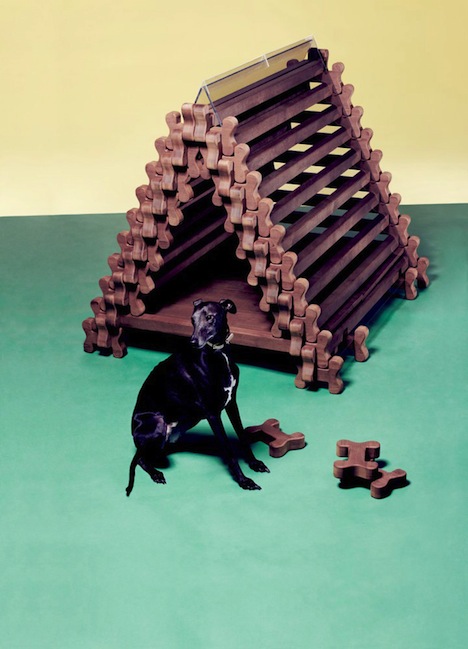 Wallpaper's August 2012 issue, Wallpaper* Handmade, is arguably one of its most exciting editorial efforts of the year. Every year the magazine commissions designers to team up with craftsmen and manufacturers to produce "unique furniture, fittings, foodstuffs, fashion and more." This year brands like Hermes, Kartell, Minotti, Alexander McQueen, Louis Vuitton and Guerlain have paired with designers like David Rockefeller, Madeline Weinrib and Aldo Bakker to create finely crafted, limited edition textiles, dishware, furniture, dog houses and objects that defy description (one might be described as an effervescent lighting element). Here are the best of the very best. 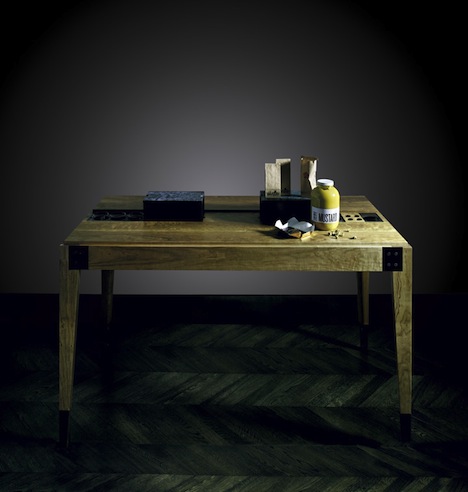 "Sliding Sue" by Rockwell Group and CA Atelier We've been waiting a long time for someone to redesign the twirling Lazy Susan of our childhood, the engaging and oftentimes disastrous spinning wheel of dinner table condiments that our adolescent hands loved to "accidentally" send flying. But even though the core idea of the Lazy Susan really is a very convenient way to put salt, pepper and Sriracha within the reach of every diner, their unfortunate design has contributed to the kitsch factor that has relegated them to thrift store shelves, rendering many a Susan even lazier. So when we saw Rockwell Group's updated version, the linear "Sliding Sue," which runs along the length of the table, our nostalgic hearts leapt. The only downside? The table is very much included, meaning you have to buy the entire unit. 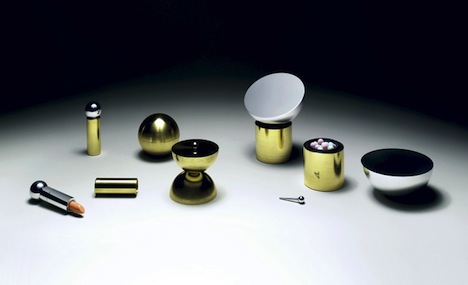 Cosmos make-up collection, by Daniel Emma and Guerlain One day we'll be proper grown-ups and do our hair and make-up at a vanity like old-timey movie stars—silk robes and all. Until then we'll just admire Guerlain and Daniel Emma's gorgeously luxe gold and matte black cosmetics containers. Minimal and modern, the set, made from satin brass, is still classic Guerlain—sleek, opulent and very grown up. 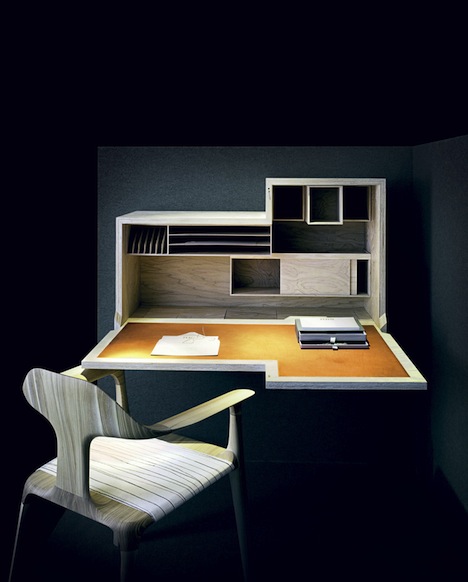 Bureau, by Joseph Walsh Studio and O'Donnell + Tuomet; and "History" chair by Design Partners, Joseph Walsh Studio and Erica Wakerly Cathal Loughnane and Peter Sheehan of Design Partners began their collaboration with Joseph Walsh Studio by buying a plain wooden armchair and carving a new and improved chair out of it. Once they had a form they liked, they sculpted a model that was scanned and digitized, from which Joseph Walsh Studio 'carved' its own live version. While we love the chair and the simple fabric seat by Erica Wakerly, it's the wall-mounted desk has really stolen our hearts here. Made in ash and leather, the bureau combines "the refinement and craftsmanship of bespoke luggage and the mysterious possibilities of a cabinet of curiosities." Better yet, it's a space saver, discreetly folding shut to conceal your private correspondence and freeing up the room it's mounted in for other uses. 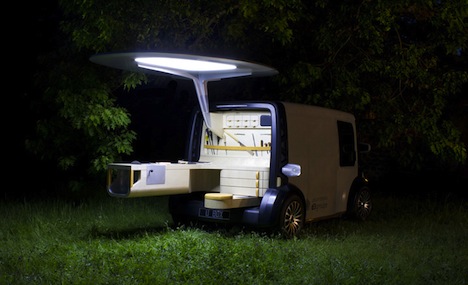 "Toolbox" vehicle by Jouin Manku and D3 Groupe When Wallpaper* asked Joguin Manku to create a vehicle that allowed the user to "work hard, play hard and travel light," the Paris-based design duo teamed up with fellow countrymen D3 Groupe to transform an electronic U-Box into an atelier on wheels, allowing any designer to take their practice on the road. 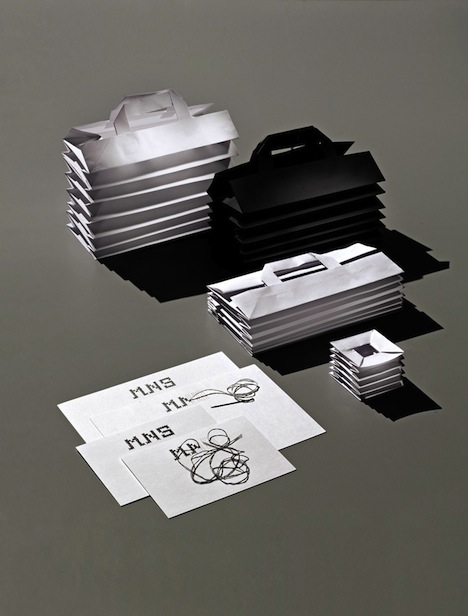 Paper "Convertibles" by Irma Boom and Fedrigoni; and Stationey by Michael Nash+Sion and Fedrigoni To complement Irma Boom's five objects made by folding Fedigroni paper stocks into a notebook, three totes and a generic object that looks like a pencil holder, the London-based design office Michael Nash+Sion made Fedigroni's fine papers into a 'sew your own' personal stationery set. Notecards and letter paper in the Century Cotton Wove paper stock, selected for its ability to take ink well, come ready-made with needlepoint holes as well as a needle and thread for you to sew your initials or a design of your choosing.