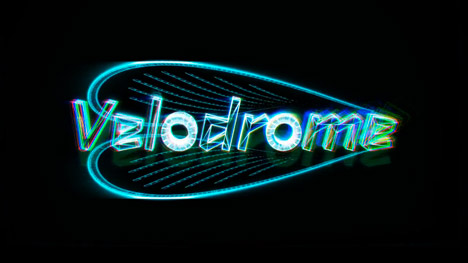 One of my favorite parts of basketball games is the player introductions, which are essentially laser light shows to get the home crowd pumped up for the opening minutes of the game. I imagine that this video, which was played at the London Velopark before track cycling events over the past five days, is intended to have the same effect (except that the heats themselves are over in a matter of minutes).

Commissioned by LOCOG (the London Organising Committee of the Olympic and Paralympic Games for the uninitiated), digital experience specialists Crystal CG created the Tron-inspired animation, featuring original music from the UK's own Chemical Brothers.Crystal has created a three minute animated sequence for the song's promotional video to match its heart-pounding rhythms. Played in the Velodrome before every session the video shows the Velodrome as never before, literally pulsating with excitement.

"We've created sweeping contours and sleek surfaces as the backdrop for an intense, futuristic cycling 'duel' as two animated riders power round the track," said Darren Groucutt, creative director at Crystal. "It truly brings the Velodrome to life." 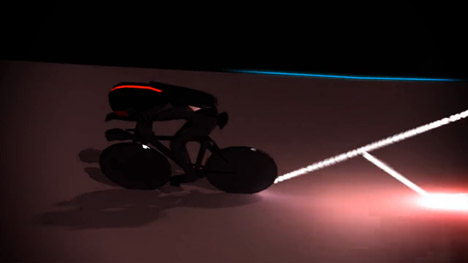 CGI adrenaline rush notwithstanding, track cycling has attracted increasing interest from an ever-growing contingent of urban cyclists who prefer the ultraresponsive handling and low maintenance of fixed-gear bikes—low gears and hand brakes be damned—for city streets (I'll plead the fifth on this one). In any case, Wired has a nice primer on the sport, while the Times has an excellent media feature about the gist of the race, as well as the cut of the racers. 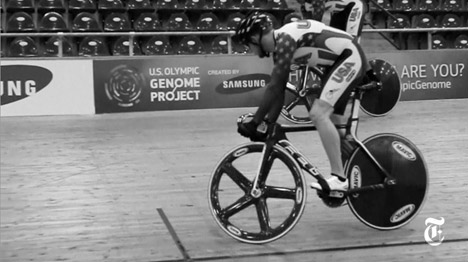 The sport has enjoyed growing popularity in the UK in particular, and the home team enjoyed the support of a full house in the 6,000-person capacity velodrome throughout the five days of track cycling events, which ended yesterday. Indeed, Great Britain absolutely dominated the 250m circuit, winning gold in seven of the ten events to complement Bradley Wiggins' gold in the road time trial. (After defending his Olympic title in individual pursuit and earning his third track cycling gold the last time around in Beijing, Wiggins turned his attention to road cycling, becoming the first Brit to win the Tour de France just a few weeks prior to the London Olympics.) 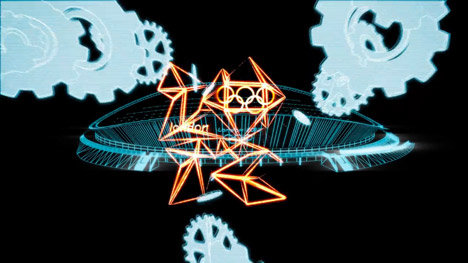