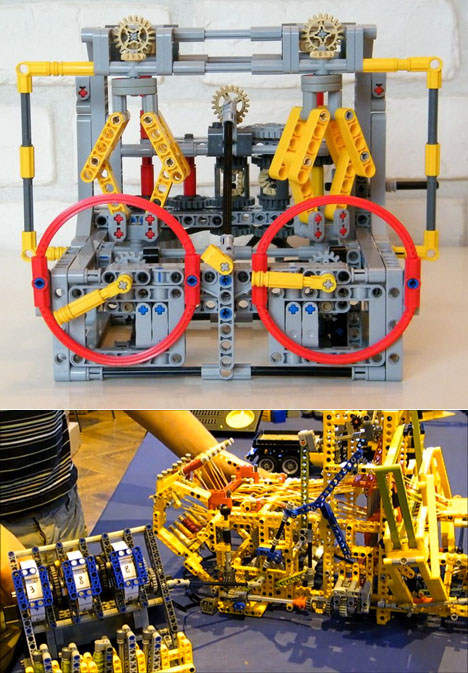 Mechanical engineering student Nicolas Lespour has hobbies not uncommon for his demographic: DIY, fixing up old cars and motorcycles, building audio speakers, and he dabbles in software. But the 23-year-old is also capable of building sophisticated things out of Lego. And while we've seen impressive Lego feats before, most of them dazzle through sheer scale (the Taj Mahal) or fidelity of reproduction (the Frank Lloyd Wright houses); Lespour, on the other hand, builds items with mechanical functionality.

Lespour's first attempt at the Loom failed to consistently pass the shuttle, so he created the updated version seen above purely for the sake of figuring out the problem. His CVT, on the other hand, will see further development: "This device," he writes, "is on the way to be included in a Lego car."