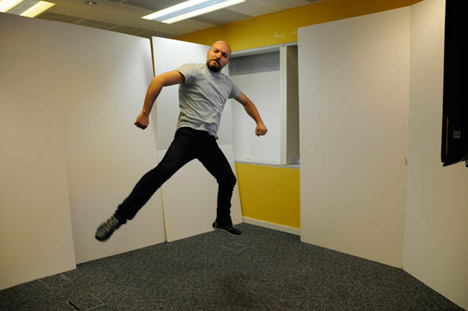 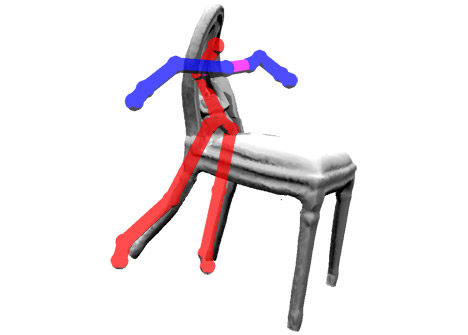 My pursuit of animation peaked at some point in middle school, when I would pass time by surreptitiously make Post-It note flipbooks... during class. While Microsoft's Steve Clayton notes that the KinÊtre "isn't targeted at professional animators but for those with zero experience in the field of animation," the new project from the Microsoft Research in the UK is light years beyond my artsy preteen aspirations.

The concept:Imagine you are asked to produce a 3D animation of a demonic armchair terrorizing an innocent desk lamp. You may think about model rigging, skeleton deformation, and keyframing. Depending on your experience, you might imagine hours to days at the controls of Maya or Blender. But even if you have absolutely no computer graphics experience, it can be so much easier: grab a nearby chair and desk lamp, scan them using a consumer depth camera, and use the same camera to track your body, aligning your virtual limbs to the chair's geometry. At one spoken command, your limbs are attached to the chair model, which follows your movements in an intuitive and natural manner. KinÊtre is such a system. Rather than targeting professional animators, it brings animation to a new audience of users with little or no CG experience. It allows realistic deformations of arbitrary static meshes, runs in real time on consumer hardware, and uses the human body for input in conjunction with simple voice commands. KinÊtre lets anyone create playful 3D animations. 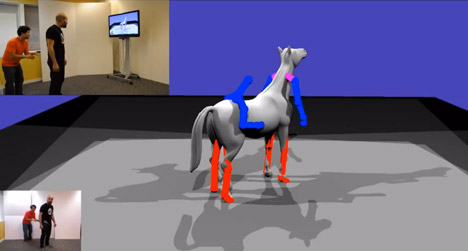 Clayton is referring, of course, to the fact that KinÊtre was presented earlier this week at SIGGRAPH 2012, the International Conference and Exhibition on Computer Graphics and Interactive Techniques, which wraps up today. The Los Angeles audience certainly has access to far more advanced imaging and mapping technologies than your average Kinect user, but I, for one, was captivated by the video:

I don't know about you, but I was also impressed with the quick bit at the outset, where they effectively 3D scan the chair as though they're shopping at IKEA, thanks to KinectFusion, an imaging technique that debuted at last year's SIGGRAPH. Amazing stuff. 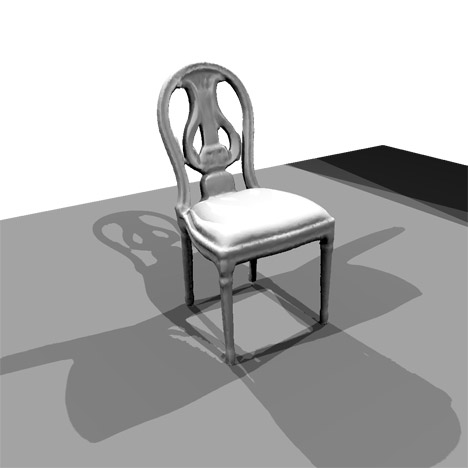