Why Do the Curiosity Rover's Pictures Suck? 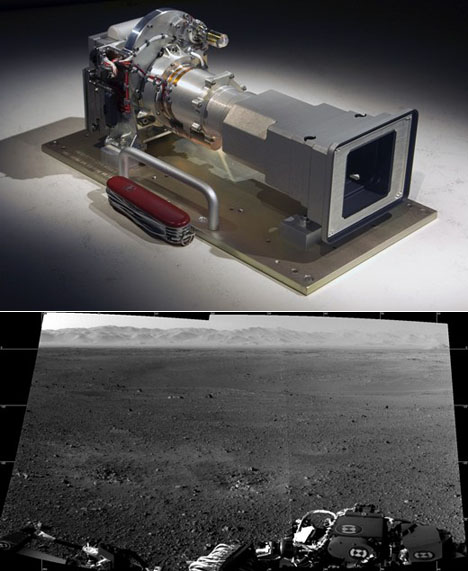 Well folks, as images from the Mars Curiosity Rover continue to come in, they're as disappointingly anticlimactic as the landing procedure was thrilling. With the amazing technological prowess demonstrated by pulling off the landing procedure, many will wonder: Why do the photos suck so much? A measly 2-megapixel camera with 8 gigs of memory, are you kidding me? Why don't they just cover the Curiosity with an array of $300 GoPro cameras?

The answer of the limitations is twofold (and the second part might be familiar to any ID'ers who've worked on projects with horrendously long development times). First off, NASA's sole option for getting images sent from Mars to Earth is to use a UHF, or ultra-high frequency, transmitter. That's basically radio waves, it's not like they've got a really long fiber-optic cable lying around somewhere. The Rover beams the signal to two relay spacecraft orbiting Mars, and they bounce the signal all the way back to Earth. And there's not a lot of bandwidth in there, particularly since the other non-camera instruments need to send data back too.

The second part is a bit more disappointing, and it has to do with the Curiosity's long lead time. "These designs were proposed in 2004, and you don't get to propose one specification and then go off and develop something else," Malin Space Science Systems' Mike Ravine, who helped develop the cameras, told camera-reviewing website DPreview. "2MP with 8GB of flash [memory] didn't sound too bad in 2004."

We've oversimplified the answer a bit here. Camera and technology geeks interested in all the gory details can read a more in-depth explanation here.

Why Do the Curiosity Rover's Pictures Suck?