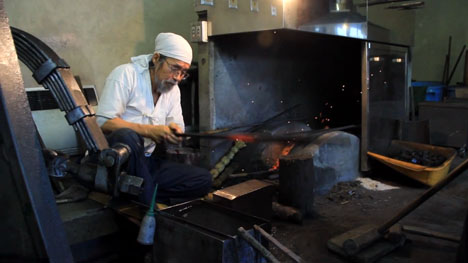 Awesomeness. It's not just that Korehira Watanabe decided, as a college student, that he wanted to become a swordmaker, even at the cost of family disownment in a family-based society. It's not just that he dedicated 40 years of his life towards trying to recreate a type of sword whose manufacturing secrets had been lost some 400 years ago. What is most awesome to us is that Watanabe intends for his disciple to surpass him in skill, as he's adamant the tradition be passed along. He knows he may never uncover the secret of the Koto within his lifetime, but future generations might.