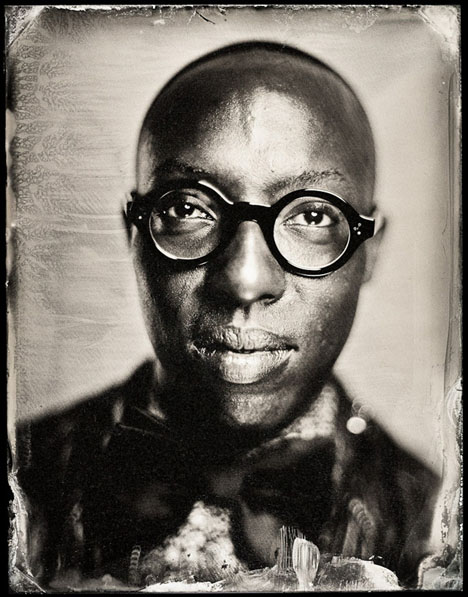 You'll never find an industrial designer complaining about using CAD versus a T-square and drafting pencil, but you'll still find photographers who swear by film and eschew digital. There is a visual quality to film, not to mention the attachment-forming ritual of processing it, that contains a humanity far surpassing pixels and the act of plugging an SD card into a slot.

California-based Michael Shindler has gone even further back than film to develop, pun intended, his photography. To produce the stunning images you see here, Shindler spent six years learning a photographic technology that's over 150 years old: 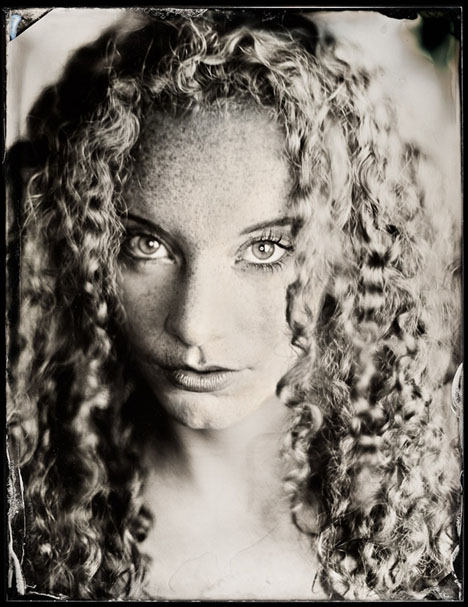 The Wet-Plate Collodion process, first introduced in 1851, involves coating an enameled metal or glass plate with a collodion mixture, which is then sensitized, exposed and processed all within a few minutes and while the plate is still wet.

The resulting image (while technically a negative) is made up of extremely fine silver particles that are creamy-white in color, which allows the image to be viewed as a positive when seen against a black background. For example, a wet-plate collodion image made on glass (traditionally referred to as an Ambrotype) would appear as a negative when viewed on a light table, but if the plate were held over black velvet (or the back of the plate was painted black) it would appear to be a bright and lustrous positive image.

So, the same process can be used to produce both glass-plate negatives and one-of a-kind, direct-positive images on black metal or glass. Either way, wet-plate collodion plates are capable of rendering exceptional detail and extraordinary subtlety in tone. Positive plates have beautiful, milky-metallic quality not unlike a daguerreotype and must be seen firsthand to be truly appreciated.

After finally mastering the process last year Shindler set up Photobooth, "The world's only Tintype and Polaroid portrait studio," in San Francisco. Those lucky enough to live in the Bay Area can have themselves immortalized in metal here. 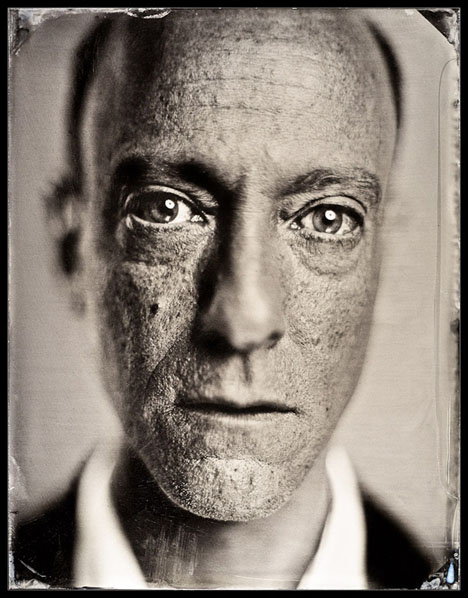 via this is colossal