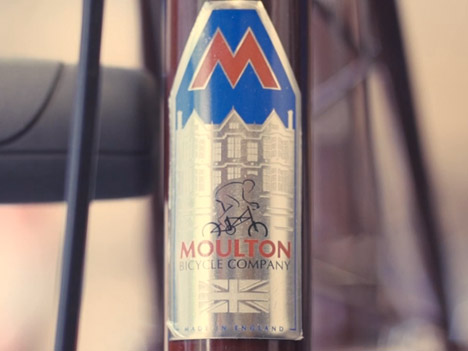 Another day, another anniversary: earlier this week, we saw an excellent animated short from LEGO, on the occasion of their 80th Anniversary. "Moulton Bicycle Company - Made in England" is a video profile of the Bradford-Upon-Avon frame manufacturers, who have hit the half-century mark as of this year. As the title of the film suggests, the storied company—best known for pioneering bicycle suspensions and popularizing 'small-wheeled bicycles'—continues to produce the so-called 'space frame,' lovingly documented throughout the video, by hand in England.

But we'd be remiss not to at least gloss the history of the British company. In the interest of providing a bit of context...Dr Alex Moulton CBE RDI FEng (born April 9th 1920) is a highly respected English engineer and inventor, renowned worldwide for his expertise in suspension design. The great-grandson of the rubber pioneer Stephen Moulton, he was educated at Marlborough and later at King's College, Cambridge where he graduated in Engineering.

During the Second World War he was employed in the Engine Research Department of the Bristol Aeroplane Company where for two years he was personal assistant to Sir Roy Fedden, the Chief Engineer... After the War he joined the family rubber company, Spencer Moulton and Co., where he became technical director and established a research department specialising in rubber suspension systems for vehicles.

In the late 1950s the family business was sold to the Avon Rubber Co. and Dr. Moulton founded Moulton Developments Limited to concentrate on creative design and suspension systems for vehicles. One of Moulton's notable achievements from this period was the design, development and production of the suspension system for the iconic Mini, designed by his friend Sir Alec Issigonis. The combination of conical rubber springs and small wheels was one of the many innovative developments which allowed Issigonis to achieve the Mini's overall small size. 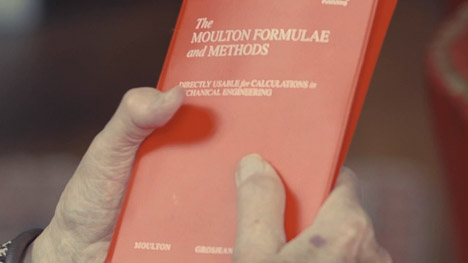 According to Wikipedia, Moulton "thought the classic diamond frame was inconvenient to mount, difficult to adjust for size and not suitable for both sexes" and that "emerging societal commuting patterns in the developed world [would increasingly combine] more than one form of transport." As the story goes, he set out to build a better bicycle in the mid-50's, "inspired by his automotive developments and prompted by the oil shock caused by the Suez Crisis." 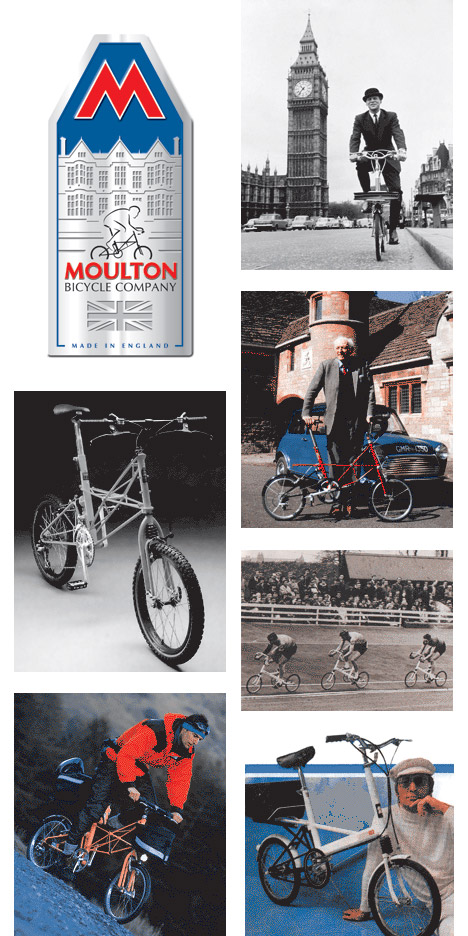 Half a decade in the making, the first-generation 'F-frame' Moulton bicycle was a success from the get-go: "It soon became an icon of the swinging 60s seen as a fashionable mini-bike to go with mini-skirts and mini cars." Within a year of the bike's 1962 debut, Moulton Bicycle was the second largest framebuilder in the country—only Raleigh was bigger. In fact, Raleigh had expressed interest in manufacturing the bike but Moulton ultimately opted to make his own way. The larger company tried its hand with the mediocre RSW16—the Moulton site notes that "even today, small-wheeled cycles are tarnished by the memory of the atrocious performance of the RSW16 and similar bicycles"—but eventually had its way: Raleigh bought Moulton in 1967.

Even as he shifted his focus back to the automotive industry, Alex Moulton continued to refine his human-powered vehicle as a consultant within Raleigh. The instant icon foundered under new management, and the company remained dormant for the better part of the decade after Raleigh ended production in 1974. Yet Moulton was not discouraged; as with the original design, the famous 'space frame' bike was several years in the making. Conceived in 1977, the AM series (one guess as to what it stands for) was "launched to immediate acclaim in 1983." As shown in the video above, variations of this design are still in production today. 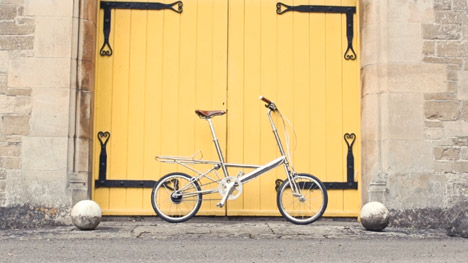