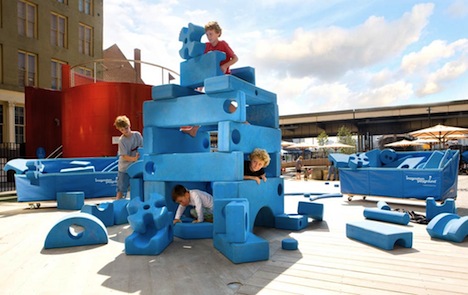 Like the Olympics, scores of countries come out to play at the annual International Venice Architecture Biennale, now in its 13th year. The United States is representing overseas with "Spontaneous Interventions: Design Actions for the Common Good," an exhibition of 124 urban interventions by architects, designers, artists and "everyday citizens in U.S. cities that bring positive change to the public realm." 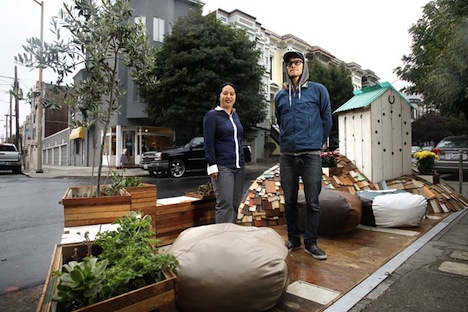 Just what is a spontaneous, urban intervention? According to the Institute for Urban Design, who's organizing the event this year, it's everything from "parklets to community farms, guerrilla bike lanes to urban repair squads, outdoor living rooms to pop-up markets, sharing networks and temporary architecture, the installation highlights viable citizen-led alternatives to traditional top-down urban revitalization tactics."

You may have seen Rockwell Group's Imagination Playground at some of the design festivals this year. The big blue blocks are designed to encourage children to build their own play spaces, and are specially suited for public outdoor environments. You've probably also heard of Seed Bombs, the seed-packed balls you can buy from old fashioned gumball machines and toss anywhere you'd like to see a little greenery - though we suggest aiming for a plot of dirt at the very least. But those are just two of 124 creative, ambitious and, more importantly, playful projects that will be on exhibition at the U.S. Pavilion. If you're not heading to Venice you can still check out the exhibition online. 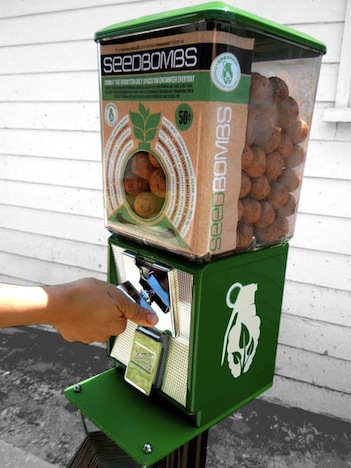 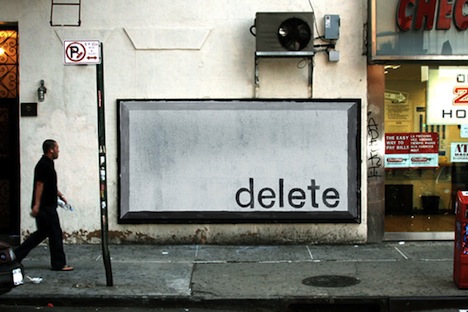