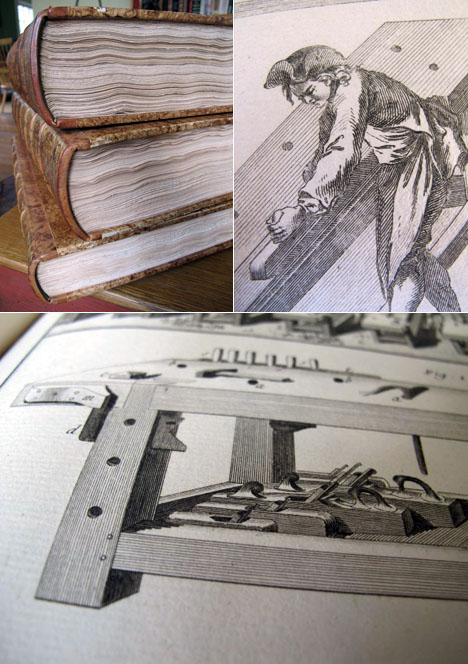 In the 1700s, a French craftsman named Andre Jacob Roubo took the time to record his vast woodworking knowledge, presumably for the benefit of future generations. His resultant work, L'Art du Menuisier (loosely translated, "The Art of the Joiner") was a three-volume set containing over 300 illustration plates.

In 2008 woodworkers Christopher Schwarz and Bjenk Ellefsen of Lost Art Press admirably took on the Herculean task of translating the work into English. It's not a matter of simply plugging text into Google Translator; Roubo refers to extinct tools, and the pre-Metric French measurement system differs from anything we use today. But the first translated piece of the tome, "On tools for cutting and preparing wood," is here.

That initial translation caused a stir in the woodworking community, because it provided explanation and details of Roubo's workbench design—absolutely the most crucial piece of shop equipment in a pre-table-saw era. Modern-day accomplished woodworkers gamely began replicating Roubo's design, as in the drawing below. 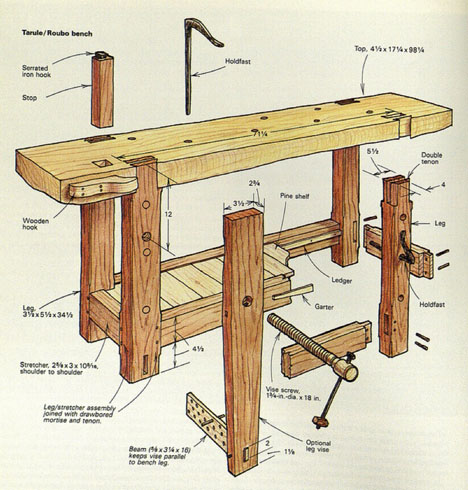 YouTube tutorials went up on the subject, including this staggering 34-part series.

We thought we'd show you something that makes for more manageable viewing: A craftsman named Ryan Van Dyke walking you through the features of his finished Roubo bench (which features the Benchcrafted Tail Vise we wrote about earlier). 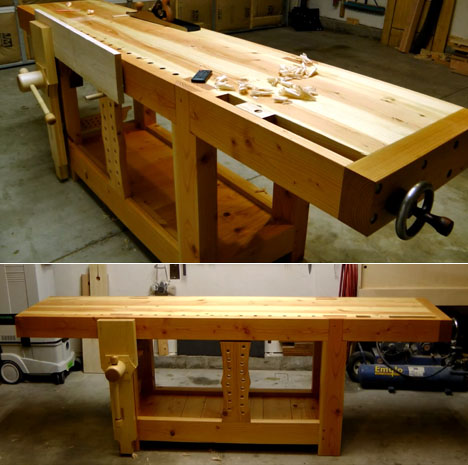 Of the multiples we've seen on YouTube, Van Dyke's video is the clearest and best-shot--but he's rendered it unembeddable. Click here to check it out.

The latest development in the Roubo translation occurred just last week. Schwarz's co-conspirator Don Williams reached a milestone and completed the bulk of the work, getting through 94,000 words—or as he puts it, "Three people, four years, five thousand hours."