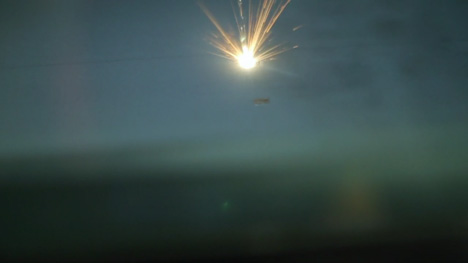 3D printing has been heading into uncharted territory of late, what with a recent, as-yet-unresolved IP debate. Yet while the DIY/consumer-oriented 3D printers are typically designed to extrude thermoplastics such as ABS, I (for one) didn't realize that 3D printing can also be used to make metal parts in a similar fashion. One commercially available process, electron beam melting (EBM to those in the know), has been around for upwards of a decade and its major applications include medical implants and aerospace engineering. 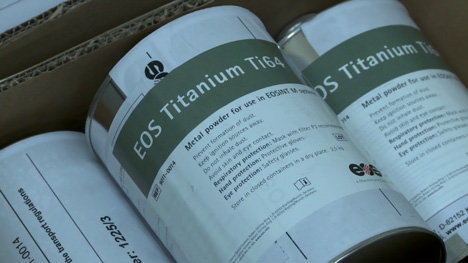 Alternately, as commenter Modul notes, metal objects can also be digitally fabricated in what is known as Direct Metal Laser Sintering (DMLS), which allows for a higher level of detail but requires postprocess thermal treatment, which is not necessary with EBM (a detail comparison of the two processes can be found here). Using their expertise in the second technique, European Aeronautic Defence and Space (EADS) recently collaborated with Charge Bikes (no acronym necessary) of Bristol, UK, on fabricating titanium dropouts for some of their cyclocross frames. 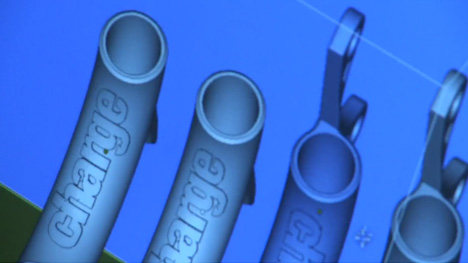 Andy Hawkins of EADS Innovation Works notes that "the key benefit of this technology [is that] we're able to manufacture components with a much higher degree of complexity. Features that were totally impossible with conventional machining, for instance, are now possible." 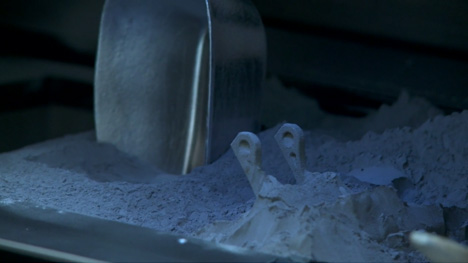 Additionally (or is that additively?), 3D-printing is substantially less wasteful than traditional subtractive methods, in which a block of material is milled or machined down to the final product: the excess powder (at 2:09 in the video below) can be reused. 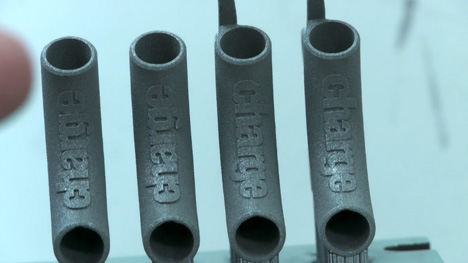 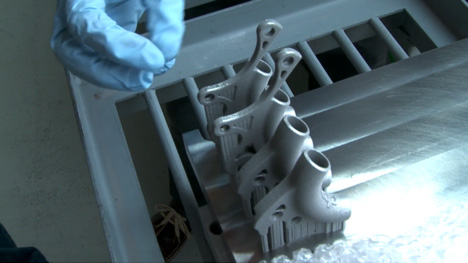