We've (flot)spotted some of NZ-based Richard Clarkson's work before and we're always curious to see what he's working on. His latest project, the f(x) Chair, has more in common with his more cerebral Rotary Smartphone concept than his rather more straightforward, papasan-like Cradle.The f(x) chair is an exploration of mixing and mashing different seating contexts. At its core is an application created through Processing & Grasshopper, a powerful generative 3D modelling plugin for Rhino. The app allows a user to mix and match any standard context with any standard "seating task." For instance if a user wants a seat in the kitchen with which to also work in the outcome would look somewhat like a stool—office chair hybrid. The power of the app then comes from the ability to adjust the percentages of the mix, i.e 20% kitchen / 80% work. 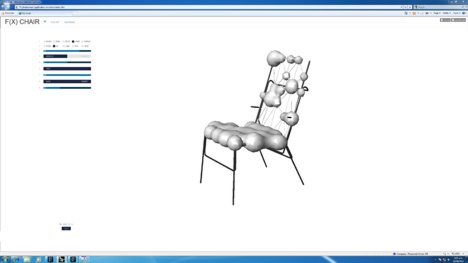 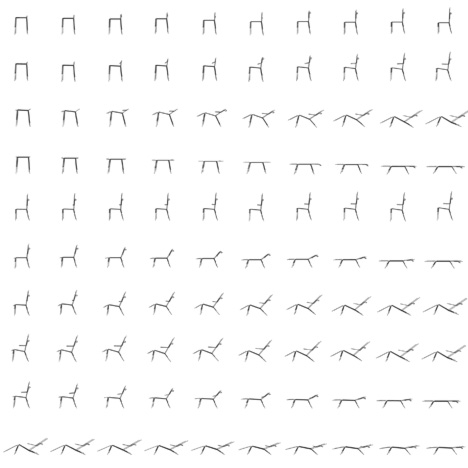 Where his fellow Kiwis' "Sketchchair" was based on a similarly digital concept, Clarkson's f(x) Chair generates results that might be considered as the polar opposite of the SketchChair: both programs allow for customization, but Clarkson's application suggests the drawbacks of a pseudo-scientific approach to furniture design.Ironically this mixing of contexts often creates a hybrid which rather than suiting both contexts actually doesn't suit either, but I argue that this is the beauty of this system. These hybrids allow users to interpret seating in new ways, derived away from the conventional seat to customizable "body support systems." 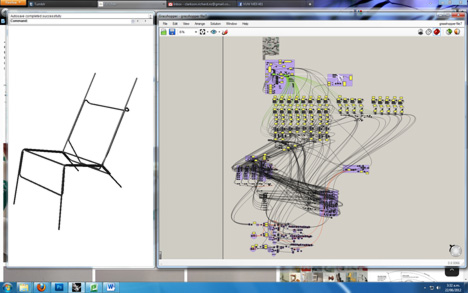 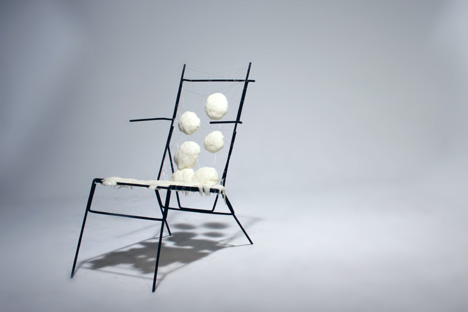 Although the final product—doughy globs slapped onto a wire frame—looks like a fascinating experiment in itself, it would be difficult to deduce the design process from any given prototype.The location, size and fluidity of the blobs are predefined within the app by the user and can be adjusted to suit the users desired comfort levels. The base frame is exported out and CNC bent into sections which are welded together. A nylon web like mesh is then 'spun' on the frame. Expanding Polyurethane foam is then robotically blobbed onto points of the web. This manufacturing technique allows for true customization by doing away with moulds or wasteful subtraction manufacturing processes. The intermingling of these elements, rod frame (structure), web (sub-structure) and blobs (comfort) form a relationship in which each element enhances the qualities of the other, for instance the blobs strengthen the web and in return the web gives extra flexibility and thus comfort to the blobs. 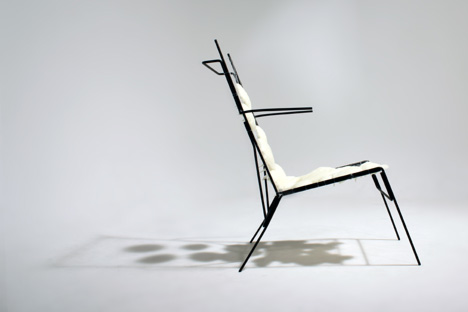 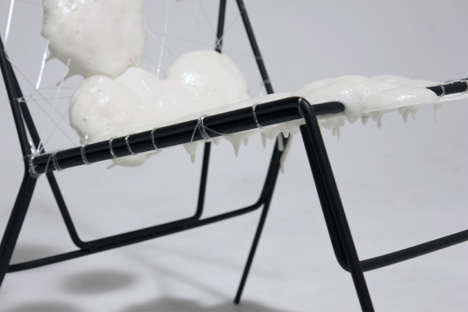 Meanwhile, the video illustrates the software side, which is arguably the actual IP side of the project: 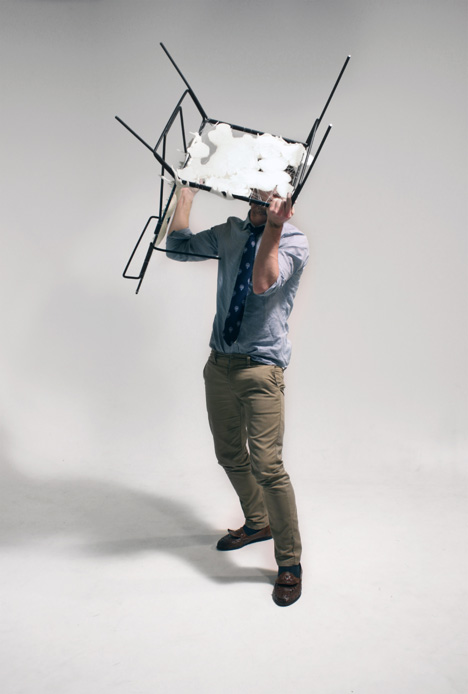