The Design of Design Patents, Part 2: The Price of Protection, by Michael Hages 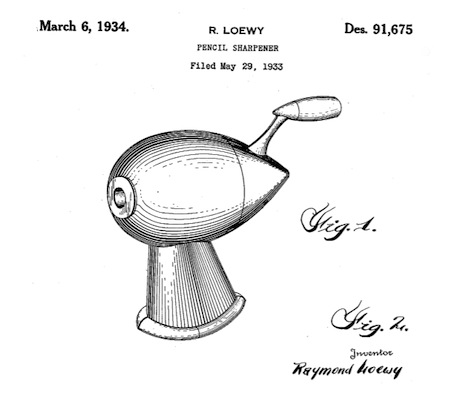 In the first article of this series, we introduced the idea that valuable design patents are something that designers can, and should, work to obtain. We also explored the misconception that design patents are inherently narrow or easy to get around and discovered exactly where the holes in such a belief lie. In this article, we'll look at how the cost of design patents affects how people perceive their value and what the actual cost of a good design patent strategy should be.

Misconception 2: Design patents are cheap (and why it's a good thing that this is wrong)

Anyone who has participated on both the design and utility side of the patent application process can see a difference in how the applications get written and assembled. Both the amount of information exchanged and the time taken for preparing a utility patent are much greater than when dealing with a design patent application. Of course, this time is ultimately reflected in the cost of the application, which in the case of a utility, is typically expected to be in the range of $8,000 to $12,000. That, however, is for a single application that may only cover limited aspects of a product. Simply comparing this to the cost for a design application, which can be between $2,000-3,000, shows a notable difference in the expected amount of time usually spent on these two types of applications.

Adequately covering a new and innovative product on the utility side, however, can often involve multiple applications, adding up to sometimes more than $50,000 for a single product (and that's just to file the applications). Most of the time, when working on the design side, only a single application is filed. The Patent Office might require an applicant to split up the application into separate applications that cover what they determine to be different designs, even if only slightly different. Such a requirement only incrementally increases the cost, which ultimately pales in comparison to the total on the utility side.

This vast difference in cost certainly makes design patents look cheap. Simply because there isn't much actual legal writing involved, design patents shouldn't cost as much as utility patents. But, they shouldn't be viewed as cheap. There are probably a lot of designers who wouldn't view $3,000 as cheap, but the overall notion, especially from the perspective of someone paying $50,000 to begin the utility patent process, is that design patents comparatively lack value. It's also worth mentioning that there can also be a significant additional cost in actually getting a utility patent through the Patent Office. The cost of so-called patent prosecution can add another $10,000 to $20,000 to the cost of a utility application itself (it can be more in extreme cases) and is also less expensive when dealing with design patents.As explained above, simply filing a single design patent application is most often not good enough. Any patent strategy should include an application that accurately and almost completely illustrates the actual product. This is done to ensure that you can at least get one, albeit narrow, patent for the product because filing too broadly can lead to a rejection by the patent office that can't be overcome. Also, while there's always a chance that the patent office could miss something that someone else could use later to invalidate any patent that you get, more narrowly written patent claims are typically less susceptible to this type of attack.

To get really good protection, however, it may be necessary to file two, three or even four additional applications that cover different aspects of the overall design or include different combinations of design features. These applications will generally be more broad in that they include fewer additional features that another product may need to have in order to infringe, even though they appear more specific in nature. Because they're more broad, these applications are more susceptible, at least in theory, to patent office rejections and any issued patent is also more vulnerable to attack with respect to validity. Multiple applications of varying breadth are, thus, often needed to increase the likelihood that something is allowed, is relatively strong, and might be infringed.

This type of layered coverage is also more intimidating to those who would either copy or selectively borrow from a design. A copyist might think twice about potentially infringing multiple patents. Further, someone who thought that they changed just enough of your design might be surprised to find that the one element of your design that they just had to keep was all that you claimed in one patent. In such a case, that copyist would be forced to adjust their design to be ever farther away from yours.

So yes, the cost of all this strategic filing can start to add up. While in most cases it will still remain lower than the total cost of a good utility patent program, it will probably leave the realm of what most people consider a cheap price. There are steps that can be taken to reduce costs or at least defer some costs, including filing a narrow application first and then later filing more broad applications as "continuations" of the original, but any effective strategy should cost some decent money. While that can be a hard pill to swallow, it's certainly better than taking the cheap route and later finding out that you got very little meaningful protection. In many circumstances, in particular when the actual design is of some importance, it's necessary to implement an actual strategy in filing design patents because doing so can actually make your protection valuable.

It's worth noting that you can get a cheap utility patent as well. There are plenty of lawyers and firms out there that will write a specific application with little thought or detail while claiming a device or method in an overly narrow manner. These claims usually describe all aspects of a product with little thought to what is the actual invention, or if there are multiple inventions, that they're lumping together into a single claim. Fittingly, the result of this approach is called a picture claim because in doing so, the lawyer drafts a verbal picture of the device. It should follow that if it's accepted as a bad idea to rely on a verbal picture of a product for utility protection, we shouldn't want to simply file a complete, fully detailed, picture of a design and expect to be adequately protected.

It's accepted that an increased cost in utility patents is sometimes necessary to increase value and give a shot at good protection for the function and guts of a product. That doesn't mean that we should start to blindly pump more money into design patent filings, expecting that by simply increasing cost, value will follow. It does mean that, if you have a design that is the result of endless exploration, adjustment, refinement or frustration, you shouldn't be happy with how cheap your design patent was. If anything, when you put in a lot of work into an innovative design that you're proud of, you should be skeptical of a design patent strategy that doesn't seem to reflect any of that.

If you actually make an investment in developing a product's design, you should expect that it will cost real money, in the long run, to protect. I'd recommend a benchmark of a cost distribution between design and utility protection that is equal to the distribution of cost on the development side. That is, if your development cost for the visual aspects of a product were equal to the functional, then spending on protection should be about equal. Of course, there are some aspects of development that are a mix of visual and functional design, but both design and utility patents allow for a little overlap between areas. This gives a little wiggle room in budgeting and overall development of a strategy on which a good IP lawyer can give guidance. It might be a tough pill to swallow, but if you find yourself talking about a real strategy and a real budget with an IP lawyer, even if the result is to scale back things to save money, you're much more likely to get your money's worth in protection.

The Design of Design Patents
» Part 1: What Every Designer Should Know About Protecting Your Work
» Part 2: The Price of Protection
» Part 3: More than Just a Patent Number
» Part 4: Practical Advice for Designers

The Design of Design Patents, Part 2: The Price of Protection, by Michael Hages