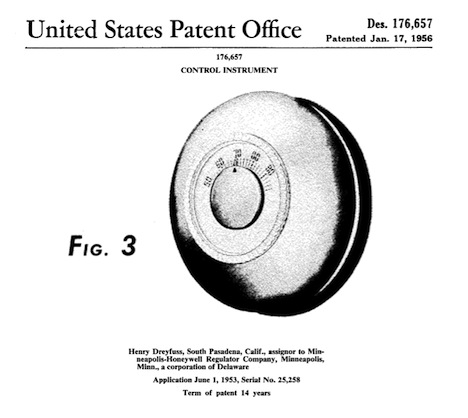 Now that we've seen how a valuable design patent strategy can begin to take shape, we'll step back a little and look at how even a known positive aspect of design patents ended up being misused to their detriment. This can also give us a clue as to where to start to turn things around and rehabilitate the reputation of design patents.

Misconception 3: Design patents are, at best, just an easy way to get a patent number on a product.

In all the ways that common misconceptions about design patents are wrong, the notion that they're easy to get is actually correct. That is, compared to utility patents, they're relatively easy to get. The patent process itself is confounding, difficult and full of seemingly inane rules no matter which side you're on. However, once a utility patent is filed, it often faces an uphill battle to actually be allowed by the United States Patent Office. For one, the waiting list for utility patents to be examined is between about two and three years. Once examination starts, the back-and-forth arguing with the patent office over whether or not a patent is actually deserved can take at least another year and can be endlessly frustrating.

Design patents, on the other hand, only sit for about six months to a year before being examined. Even better, many design patents are immediately allowed or only face formal objections, rather than more difficult substantive rejections, that are almost automatic for utility applications. Even taking a more strategic approach to design patent filing may not have a significant impact on examination times because the sheer volume of design patent applications filed is so much lower than with respect to utility patents.

Many people who are otherwise unconcerned with the visual aspects of a product seek to use the ease of getting a design patent to their advantage. Their goal is to quickly get a design patent, even a cheap one, to be able to honestly mark a product as "patented" or to have some minimal level of protection while they wait for their utility patents to issue. When people take this approach, they really don't care what they end up with; they just want it to be cheap and quick. This is a big part of the reason why so many bad design patents exist.

The problem that stems from all the bad design patents out there is that, eventually, people do decide to try and enforce some of them. The courts have always seemed to struggle not only in trying to make sense of visual design but also simply trying to find a way to keep design patents, including bad ones, afloat. More often than not though, actually winning a design patent lawsuit proves exceedingly difficult. This phenomenon fed back into the perception that design patents themselves are inherently weak, causing that myth to become widespread.

In spite of all this, the Federal Circuit recently opened the door somewhat for design patents. In what would seem like a very innocuous case involving a design patent for fingernail buffers, the Court removed a critical aspect of the law of design patent enforcement that was partly what made winning a design patent lawsuit so difficult. In the absence of the requirement that design patent plaintiffs spell out the "points of novelty" of their design before it's compared against the alleged infringing product, design patent enforcement may now prove easier. In one example, the footwear maker Crocs was successful in a lawsuit against some knock-offs that actually had some noticeable differences from the patented design (this should also ease any concerns that a design has to be universally lauded to deserve design patent protection).

Even outside the courtroom, people may be paying more attention to existing design patents when developing new products. Notably, while Apple and Samsung are still locked in litigation over the design of Samsung's Galaxy II phone and Galaxy Tab, Samsung openly admitted that a goal of the design of its successor Galaxy Nexus phone was to be different enough from Apple to avoid even a hint of future design patent issues.Despite these positive signs, it's still difficult for design patent filings to gain significant momentum. People seem to still view design patents as an afterthought or can't seem to find a way to confidently develop meaningful design patent applications. Part of the reason behind this is that the people who make decisions on what to seek protection for and how that protection is sought simply lack the sensitivity to or training in design necessary to think critically about a design and a related patent application.

The fact is that many of the people pulling the trigger on a design application don't know good design, don't think good design is important and most often don't even have a good design. This should not come as a surprise to industrial designers, because this mirrors the perception that designers have of the business world at large. The fact that there are thousands of poorly designed products in the world should make it understandable why so many dubious design patents exist as well.

The other part of the reason for why people have such a hard time developing good design patent strategies is that those who are used to the utility patent process aren't accustomed to having to think too critically about their patents. The utility application process is often relatively easy for a client because the subjects of utility applications generally involve the inner-workings or the physical and mechanical aspects of a product, which are squarely within a patent lawyer's likely area of expertise. This means that all of the important things that go into drafting a utility patent are often taken for granted by an inventor or client because they are based almost solely on the work of the IP lawyer.

You see, to be able to file a patent with the Patent Office for someone else, one must be registered with the USPTO. This requires taking and passing a test that covers all the rules of patentability and various patent office procedures. But to even be eligible to take the test, that person must have a technical or science background. This requirement applies to filing both utility and design applications. There is no separate or corresponding requirement that a patent attorney who files a design patent have any experience or understanding whatsoever with respect to any principles of design, and the vast majority don't. This means that most of the time a lawyer working on a patent for a designed product will have an engineering degree, often in mechanical engineering.

I'm not bringing this up to equate an industrial designer's potential interaction with a patent lawyer with the sometimes strained relationships between designers and engineers. Nor am I trying to suggest that patent lawyers in general are unable to handle design patents. My point is that the relationship between a designer and a patent lawyer might need to be adjusted when design patents are involved. Designers might need to be wary of patent lawyers who seem immediately dismissive of design patents in general and should look for a lawyer that at least seems willing and able to work with them in actually understanding the ins and outs of a design. This can even include giving a reasoned opinion that in a particular case, a design patent is not worth pursuing.

In most cases, however, the principles of three-dimensional visual design are completely foreign to patent attorneys. Beyond that, design sensitivity is not even a skill that most patent attorneys know exists. Given this lack of understanding or appreciation, it's not hard to see why design applications don't get the same treatment as utility patents. Most often no one takes the time to appropriately consider a design before filing a design patent application. But somebody needs to identify and isolate the important and innovative features or characteristics of an overall design and to think about how to place them in the right context with the correct amount of breadth and layering of coverage. The result of a failure to do so may result in a low-cost, low value application that I discussed above.

A designer shouldn't expect to simply give a lawyer some pictures of a product or even renderings or CAD screenshots, and have that lawyer break down a design to determine, for example, how the relationships between surfaces are important to a design. If you first take the time to actually tell them that's what's important, however, a patent lawyer should know how to focus a design patent application on those important things. They can also have a discussion with you about whether that simple relationship is enough for a patent or if other considerations need to be woven in. The point is that designers should enter into the design patent process with the knowledge that they can protect parts of a design, not just the whole, and an idea about where their protection should be focused.

From this we can see what each person brings to the table in an ideal setting. The designer should take the time to communicate to the patent lawyer what's important and what's not and how it can be broken up to separately claim important parts of the design. The lawyer should take all this in and develop a strategy to best protect the designer's work within the framework of the patent laws and Patent Office rules as well as the client's budget. This type of a relationship can help to ensure that design protection, whatever the final cost, leaves the inventor with not just a patent number or two, but actual valuable patent protection.

The Design of Design Patents
» Part 1: What Every Designer Should Know About Protecting Your Work
» Part 2: The Price of Protection
» Part 3: More than Just a Patent Number
» Part 4: Practical Advice for Designers