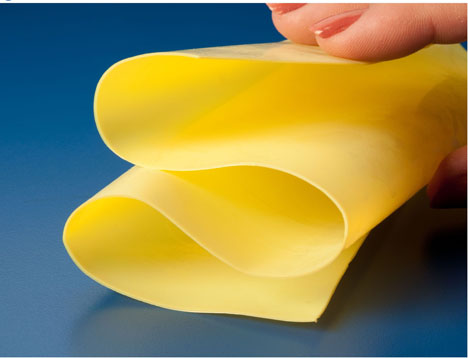 Aerogels are the world's lightest solid material and best solid insulating material, and they discovered the stuff decades ago. So why don't we see it popping up in mainstream applications? One reason is that it's brittle and breaks like a potato chip.

But last week at the 244th annual American Chemical Society National Meeting, NASA researcher Mary Ann B. Meador presented a breakthrough: The ability to produce Aerogel in a flexible, thin-film form. According to the ACS website:

Flexible aerogels, for instance, could be used in a new genre of super-insulating clothing that keeps people warm in the cold with less bulk than traditional "thermal" garments. Tents and sleeping bags would have the same advantages. Home refrigerator and freezer walls insulated with other forms of the material would shrink in thickness, increasing storage capacity.

Meador said that the aerogel is 5–10 times more efficient than existing insulation, with a quarter-inch-thick sheet providing as much insulation as 3 inches of fiberglass. And there could be multiple applications in thin-but-high-efficiency insulation for buildings, pipes, water heater tanks and other devices.