First Floor Under is a "pop-vanguard culture magazine" and digital publishing company out of Milan, backed by the Italian arm of TBWA. For their stunning "PIRACY" public awareness campaign addressing digital music theft, they commissioned artists Mirco Pagano and Moreno De Turco to recreate album-cover shots of iconic musicians using their own CDs.

Pagano and De Turco spent more than 200 hours arranging some 6,500 CDs. The images went on display to the Milan public back in March, but it's just hit viral blogosphere status this week. 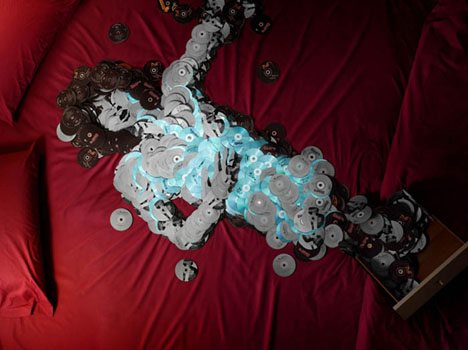 In addition to creating the amazing stills, where the CDs are arranged as if spilling out of dropped backpacks and desk drawers, Pagano and De Turco also created this chilling animated trailer featuring the late MJ:

The cynics among you will note that Elvis and some others depicted here died before they'd ever heard of CDs, but that doesn't detract from the power of the images. Sure they could've picked more relevant direct sufferers of music piracy, but I must admit I'd rather see portraits of Hendrix, James Brown and MJ than Foo Fighters and Metallica. (Let the rabid fan-bashing begin!) 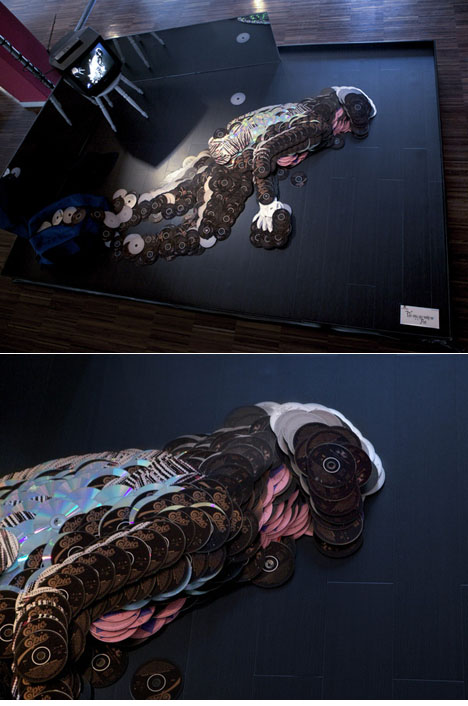