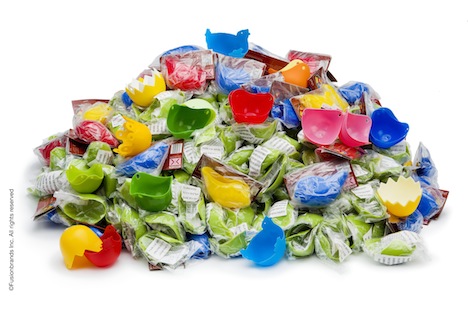 Fusionbrands has been changing the way we cook and prepare food since their first product launched to the marketplace in 2005. You might be familiar with thefoodloop, the first silicone tool to replace string for trussing, or their foodpod, a silicone "basket" that's designed to conveniently contain and drain foods prepared by boiling, blanching or steaming. 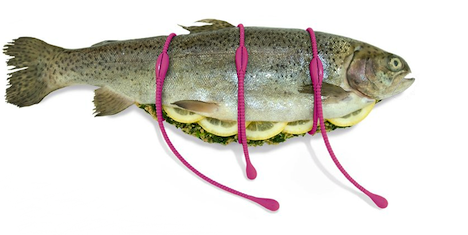 In 2007, Fusionbrands released the poachpod, a floating, flexible silicone egg poaching tool. The poachpod was an instant success, garnering accolades like the 2007 Gourmet Gadget of the Year award. Simultaneously, Fusionbrands worked to protect their work; in 2007 poachpod received a registered trademark and in 2008, a design patent.

As the popularity of the Fusionbrands products soared, the copycats emerged. Fusionbrands began to take action to protect its intellectual property and its brand by notifying manufacturers, distributors and retailers of its patents and trademarks and, when necessary, filing law suits. Beginning in 2009, Fusionbrands filed the first of several federal lawsuits against U.S. companies from Massachusetts to California, from manufacturers to retailers, to stop the sale of knock-off products. They've won every court battle or settled with the infringers. But the their true victory is the hope that this success would serve as example and clearly demonstrate that Fusionbrands could always be expected to invest in protecting its brand and patents. 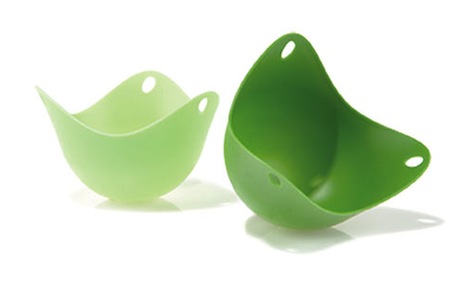 In 2010, the poachpod received a highly respected and rare-to-the-industry Method Patent relating to the specific method of poaching eggs allowed by the form and function of this unique product. Achieving this all-encompassing patent allowed for legal action to be taken and lawsuits filed against all forms of infringement. Since 2010, Fusionbrands has won more federal court victories or settlements and has seized or destroyed over 100,000 products that were accused of infringing its patents.

In light of our week-long focus on design patents, we thought we'd sit down with Anna and Kraigh Stewart, the founders and designers behind Fusionbrands to learn more about their piracy battles. As a small, independent design company, their no-nonsense stance against counterfitting and piracy is a win for the entire design industry.

Core77: What motivated you to first start seeking legal protection for your products?

As designers, we have an instinctive need or drive to protect our IP and creations. It's almost a parent-like response—whether you are a writer, musician or sculptor you have an innate motivating factor to defend your work of art. Obviously we want to protect our designs and innovations from theft. In order to even be able to take legal action there is a ton of preparation that goes into advanced planning. Before we even made product number one, thefoodloop, we were well prepared.

Are all the legal drama and headaches worth it?

It's a painstakingly slow process but when you succeed it's entirely worth it. Besides taking lots of time and money it's extremely distracting from the process of designing, selling products and running a business. In the end, the struggles are rewarding just knowing that our designs cannot ever become generic. Copycats stand on the shoulders of real product developers and it's invaluable to see the people and the company who use a stolen idea, stopped. The emotional roller coaster ride is tough, but victory sure does feel good.In your opinion what was the most discouraging aspect of the process?

Definitely the process itself and how long it takes to actually get a patent. It feels like one of the slowest moving vehicles known to man. All of our patents have gone through the same offices as more complex patents like technology and pharmaceutical patents that can be pages upon pages long. It can take years to get through the patent office to the final product. The US Patent Office process is so long and overbooked we could really benefit from a lobbyist to help this design sector. 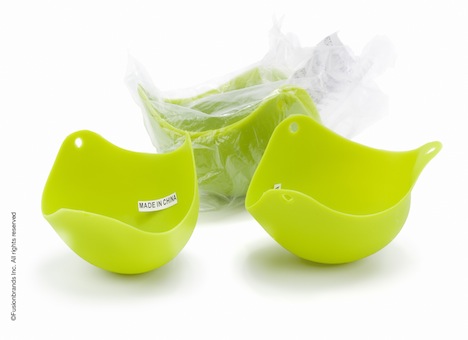 What is the most rewarding aspect of the process?

The most rewarding part is to actually feel like you are making a difference stopping design theft. It's also extremely satisfying knowing that our competitors will finally get the message that we will not stand for being knocked off. Our continued legal successes and victories will keep enforcing the reputation that Fusionbrands can not be infringed upon. Obviously the video (above) also brings a smile to our face, knowing we are able to actually remove and destroy imposters.

Is there any advice you can give to designers who are thinking about protecting their own intellectual property?

One bit of advice is to start thinking about it from the beginning of the design process—think about what you are designing and what you need to protect. Be realistic with what is worth protecting, how much protection you can get and do as much research as possible. If you can afford it, have a professional do the research. Plan and think ahead about where you think the product and design can be marketed in other countries. For example: Europe has a vehicle that has an EU design registration, that is often missed and we've found it an affordable and valuable form of protection. Australia and Canada have their own patents. Design vs. Utility patents require different steps too. [Editorial Note: See our 4-Part Series on The Design of Design Patents] Seek out the best legal aid you can afford and be patient with the lengthy process.