Reebok has long staked a claim to a slice of the sports market, and though it's appreciably smaller than that of the major players, the Canton, MA-based company has managed to stay in the game even as their competitors duke it out in an arms race to sign superstars and rack up medals, both literally and metaphorically. But what's the next step for a brand best known for now-nostalgic Pumps and the aerobics fad? 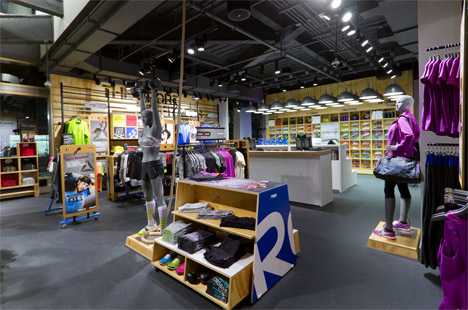 All images courtesy of Gensler Architects unless otherwise noted

We found out last week, at the grand opening of their first dedicated retail space in the U.S.: in an effort to make the most of their resurgence within the CrossFit community, the Canton, MA-based company is pleased to present the Reebok Fit Hub, a combination store and gym. (The CrossFit phenomenon is a bit too involved to explain here; the uninitiated can learn more at CrossFit.com.) Where Reebok's products are designed to meet the performance needs of occasional gym-goer and diehard CrossFitter alike, the Fit Hub caters to all variety of customer—the Fifth Avenue storefront has attracted a healthy mix of curious tourists, local passersby and fitness gurus. 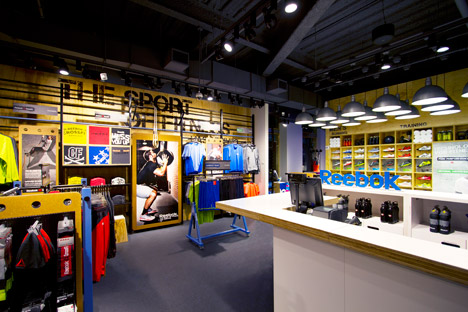 The staff, of course, is comprised of the latter type: Reebok has made a concerted effort to hire individuals who are passionate about fitness, including trainers and health experts who can provide offer far more guidance than your average salesperson. Moreover, the Fit Hub is the only place to find much of the product, which was previously only available online, to the benefit of the burgeoning NYC CrossFit community. 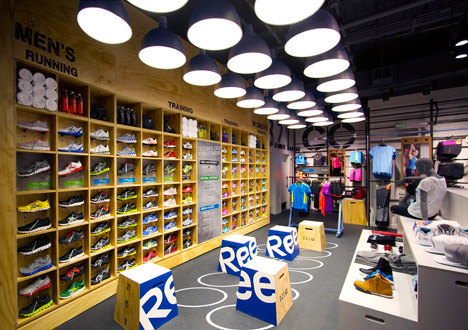 Reebok called on Ziba to design the retail concept, which allows for flexible displays and fixtures precisely because much of the furniture and hardware was inspired by the gymnasium setting. The hard lines of metal and masonite are mitigated mostly by strategically-placed product and color blocking; nary a sheet of plywood is fully painted; playful details are more subtle still (astute visitors will have to find these for themselves). Yet there's no denying the functionality of the wall-mounted rigs, which can be reconfigured for different products, or the step-like stools in the footwear section have the same cutout handles as the actual workout equipment downstairs. 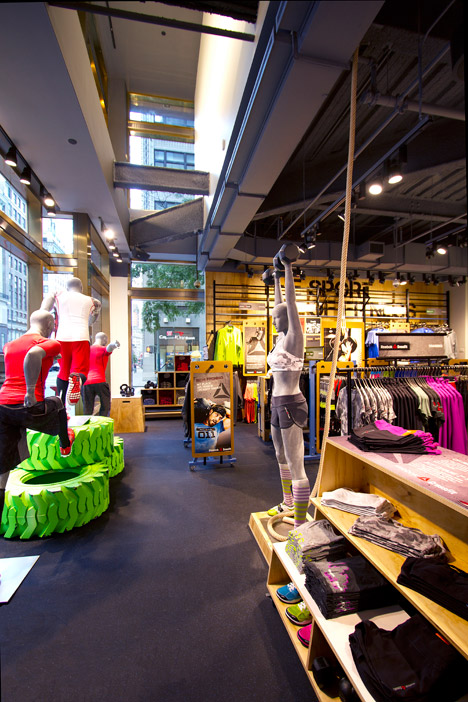 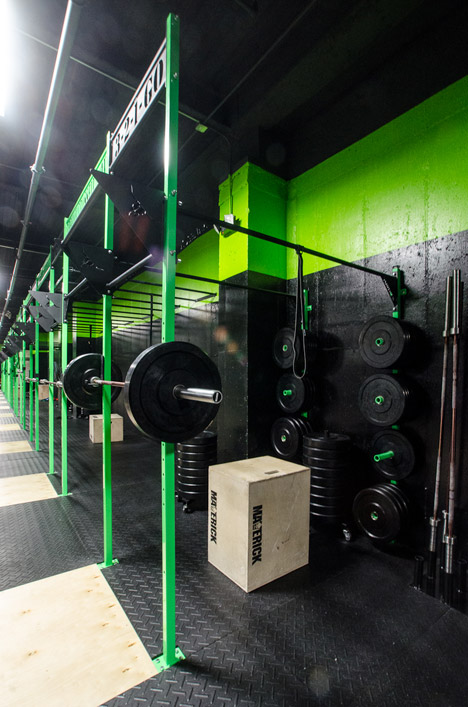 Which brings us to the gym itself—or, as it's known in CrossFit parlance, the "box"—the 10,000 square foot space that's been built out as Reebok CrossFit Fifth Ave. If the store simply reaffirms Reebok's heritage in the fitness category, the box looks to the future of the company and of the flagship store in general: as a whole, the Fit Hub is a singularly dedicated venue for the contemporary culture of personal fitness. The retail space doubles as a shop for the gym members, who can try out their new duds in the box below, or perhaps pick up new gear on their way out. (If the store is open, of course: classes at the gym start at 5AM; the store opens at 10AM on weekdays.) 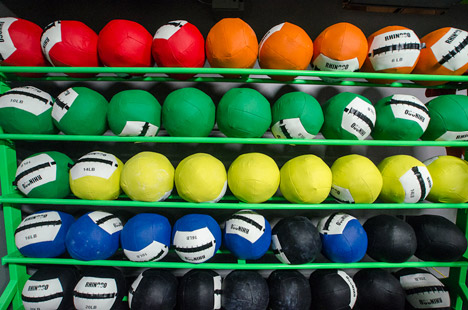 Reebok launched the Fit Hub concept in Russia and Korea at the end of 2011 before proceeding to Dubai (earlier this month) and now our hometown. As the U.S. debut of the combined store and CrossFit box, the space at 420 Fifth Avenue will serve as the testing ground for future Reebok Fit Hubs in major markets across the States. Find out more about the NYC location here.