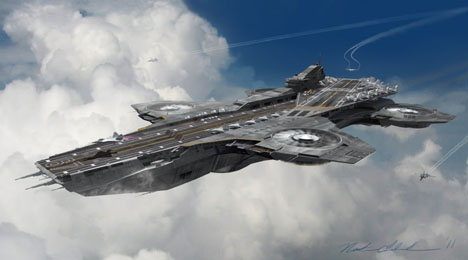 It's admittedly a far-fetched and kooky transportation design, but the flying quadrotor helicarrier featured in The Avengers, which wasn't exactly a documentary, captured the imagination of youthful moviegoers earlier this year. It also came to the attention of a certain 40-something modelmaker and RC enthusiast from Arkhangelsk, Russia, who goes by the handle Native18. Google Translator's done a spotty job, but from what we gather, Native18 is well-known in the Russian RC community, and on this forum, that community discusses Hollywood-designed vehicles and if they can be replicated. The S.H.I.E.L.D. helicarrier challenge was posed to Native18.

Blueprints don't exactly exist for the thing, so "Nate" had to pull the scene from the movie that best shows the overall vehicle:

From that he was able to break out the following two stills and attempt to reverse-engineer the form. 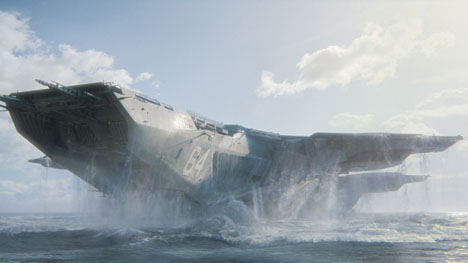 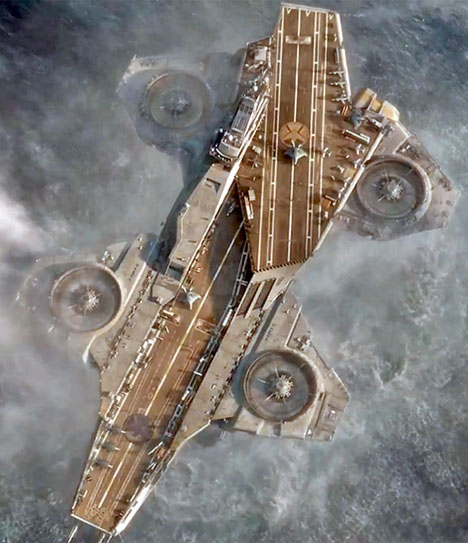 Next came the modelmaking and construction process (along with a healthy amount of forum debate, in jargon-laced Russian, about what would and wouldn't fly, literally).

Perfectionist that he is, Nate even looked up concept art and simulated the orange glow of the rear jets: 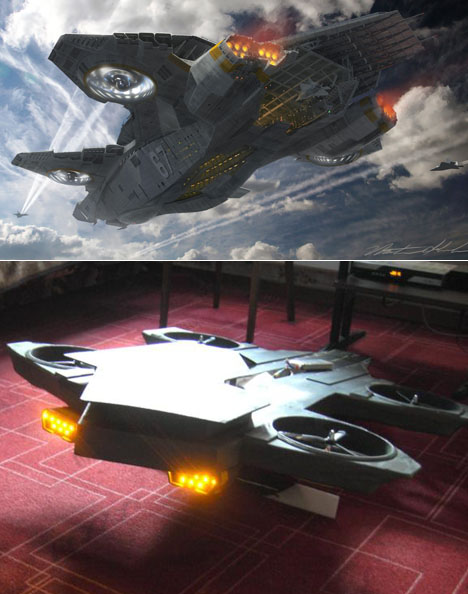 Impressively, in just under a month, Nate had this ready to go: 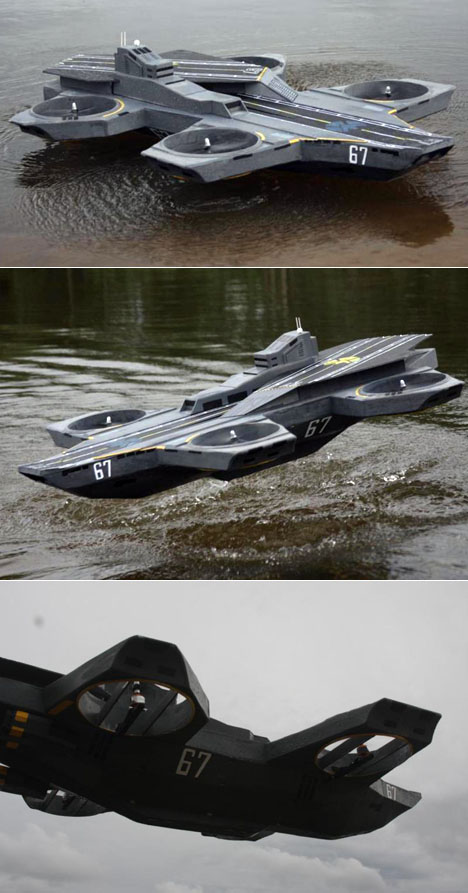 Props to Native18. I just hope there's not a similar online community of genetic engineers, all looking at the Hulk and trying to figure out how to make it happen.