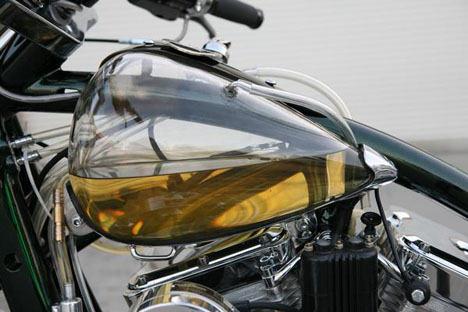 The crystal clear Canon camera from last week is a novelty, but the transparent motorcycle gas tank above got us thinking: Wouldn't it be nice if we made more things transparent? One of the main tenets of interaction design is providing visual feedback. What better way to provide this than to give the eyes unfettered access? 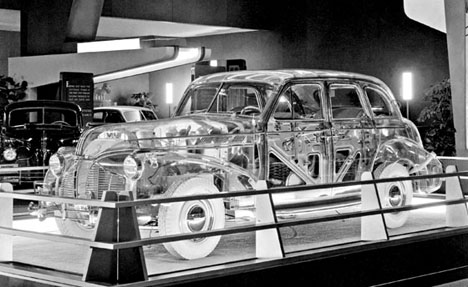 Though done more for purposes of exhibition than interaction, GM was way ahead of us with their crazy Plexiglas Plymouth, unveiled at the 1939 World's Fair. At the same year's fair, Western Electric displayed one of their Henry-Dreyfuss-designed model 302s cast in clear resin. But these were, of course, mere exercises that went unrepeated. 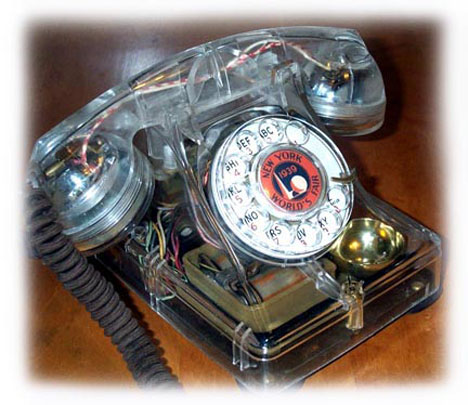 We realize not everything lends itself to being clear: Those transparent backpacks on the market are a terrible idea for riders of the New York subway system, and those transparent Playstation controllers don't add anything to the gaming experience.

A clear Canon 7D would be cool to see in action, but would ultimately distract the photographer when he ought be focusing his or her visual acuity on the subject. 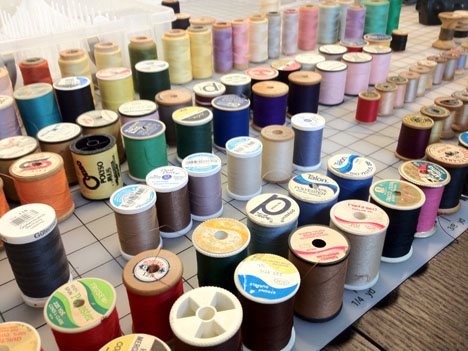 Clear seems great for storage, though. As I tried to wrangle the unruly, accidentally-gathered collection of vintage thread above, I looked into these cool polycarbonate drawers from Muji below. (Sadly, they proved too individually expensive for me to house the entire collection.) 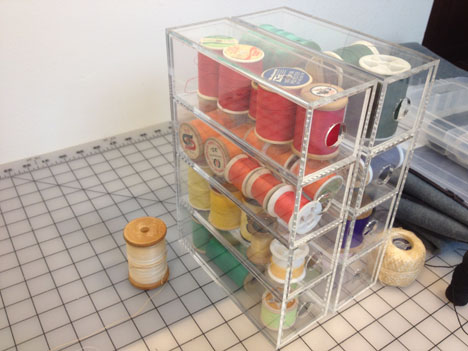 Of several things around the house I've repaired, or attempted to repair, I would have greatly benefited during the "Fix-it stage one: Diagnosis" phase if the damn things had been clear. Locating a soldered connection that had worked its way loose inside a robot vacuum, and isolating an internal problem in a sewing machine were both maddening activities, but had the bodies been made of clear polycarbonate I'd have saved hours. 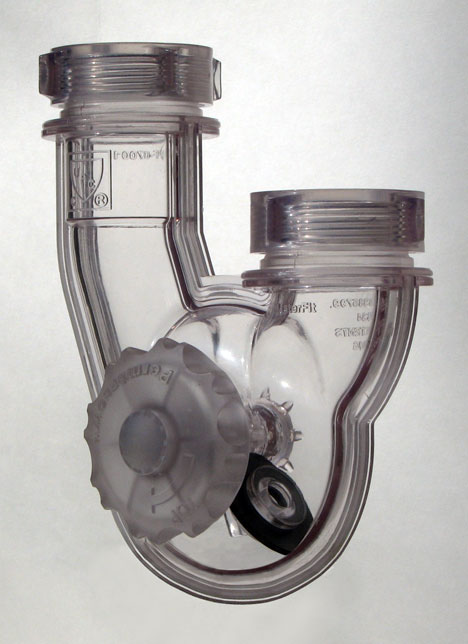 Back in '09 we wrote up the PermaFLOW, an awesomely transparent sink trap that lets you determine if the clog is there or inside the wall, and even provided an external knob attached to an internal clearing paddle.

James Dyson was famously told by marketers that end-users would be disgusted by his clear vacuum chamber, which let you see every last piece of dirt. He persisted and prevailed, and as a Dyson user it's one of my favorite features of the tool, letting me see when the chamber is still clogged after an emptying attempt. They've also wisely made the head transparent, so you can easily tell when hair has clogged up the rollers. 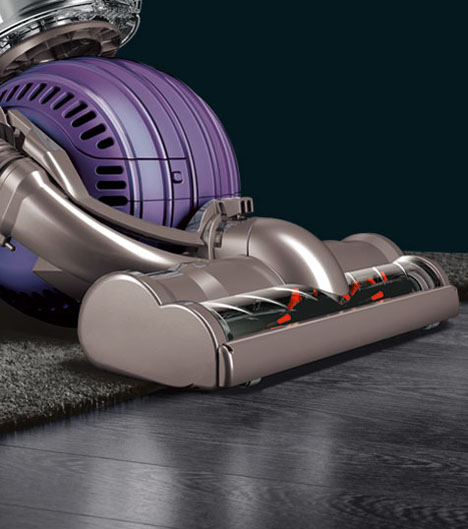 So... got anything you'd like to see come in clear?