All images courtesy of Barreau & Carbonnet; 'gif' it a second to load

We're always curious to see new developments in urban gardening trend as it grows parallel to broader interest in sustainable foodways, from reclaimed spaces to apartment-friendly planters to conceptual experiments. French designers Nicolas Barreau and Jules Charbonnet, based in Paris and Nantes respectively, recently created an innovative urban gardening apparatus that lies at the intersection of all three. Earlier this summer, their eponymous design studio presented "Volet Végétal" at the Jardin des Tuileries as a finalist in the Jardins Jardin design contest. 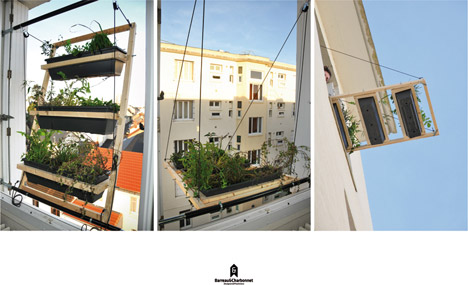 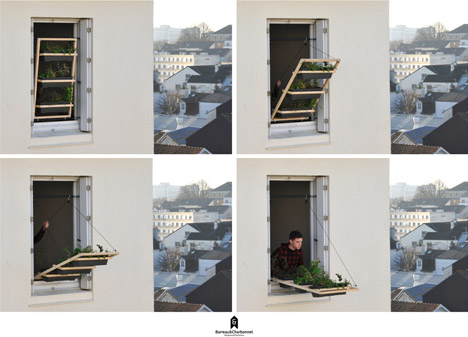 The window-mounted chassis, which holds three planters, is operated via pulley, as a sort of drawbridge outfitted with houseplants and herbs:"Volet Végétal"' is a project that we thought for a Parisian design contest "Jardin Jardin" as an industrial product for people who are living in apartment deprived of gardens and balcony. Users have just to plug the structure on the outside of their windows. Horizontal position to enlarge a green view on the city land by trying to go further from the facade of the building and get more ornamental stand for plant. Vertical to create a shutter of light, a filter for green air and also for an easy garden upkeeping. 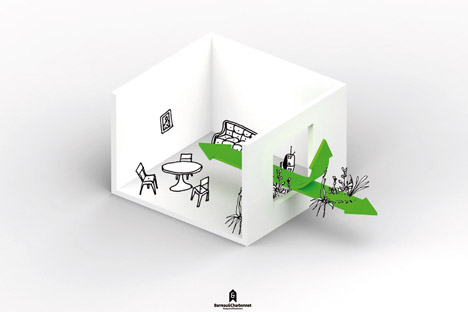 If it weren't for NYC's oppressive humidity (this month in particular), the elegant system might make an immeasurable aesthetic improvement from the unsightly air conditioners that are an acne-like blight on many façades here—is this also the case in Paris? 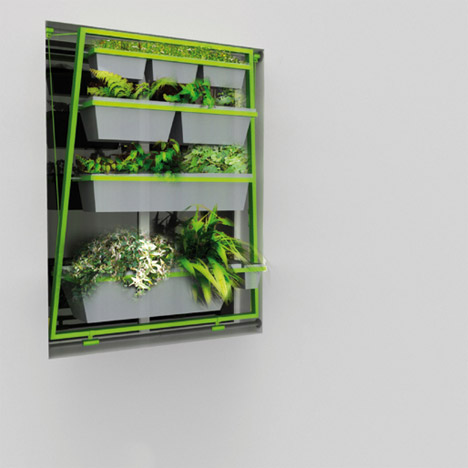 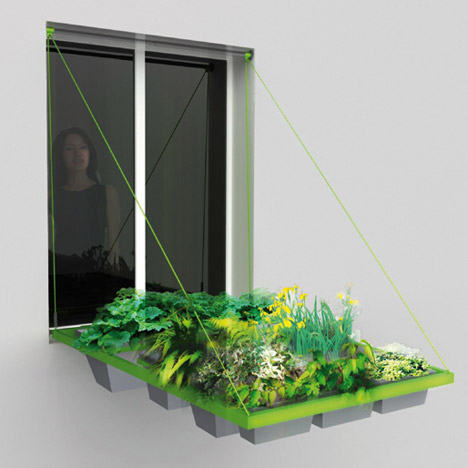 It looks like the "Volet Végétal" might include 'feet' so that it can be removed from the window as a freestanding, tiered planter. 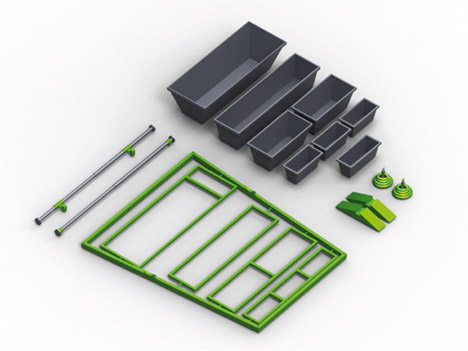 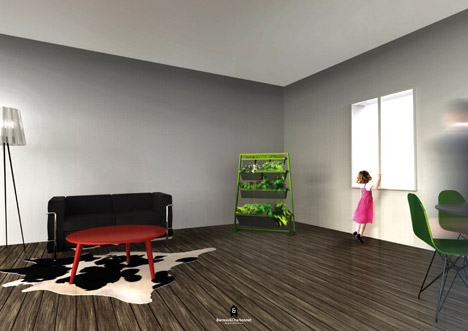 Barreau and Charbonnet (that really does have a nice Francophilic ring to it, doesn't it?) are currently working on bringing a production version of "Volet Végétal" to market.