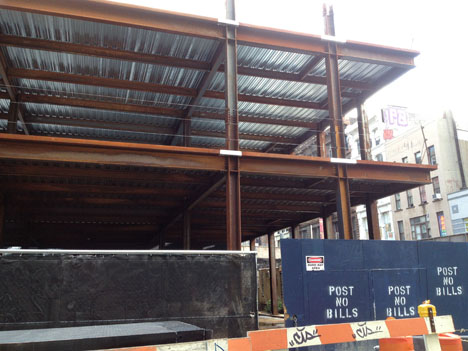 A few blocks down from Core77 HQ, a new building is going up on Broadway. As you can see in the photo above, the beams are already starting to rust.

A block over from the construction site is the recently-built Mondrian hotel, the facade of which is also starting to rust.

So what's going on here? Substandard steel from overseas? Not quite. The material being used is called "weathering steel" and it's been in architectural use, albeit sparingly, since the early 1960s.

Weathering steel is calibrated, on a chemical level, to begin rusting immediately on the outside. The rust actually serves as a protective layer, keeping the alloys on the inside safe from corrosion. And interestingly enough, the rust is sort of like human skin; according to Wikipedia, "The layer protecting the surface develops and regenerates continuously when subjected to the influence of the weather."

The reason weathering steel is more of a specialty material and in sparing use is because 1) not everyone is into the aesthetic, and 2) it's tricky to work with. The structure needs to be designed in such a way that water runs off of the steel and never puddles; standing water will stagnate the regeneration process and allow rust to spread unabated, eventually eating a hole clear through the material, like Alien blood on the floor of a spaceship.

Another problem with weathering steel is that during the initial rusting process, it drips yucky orange matter onto the sidewalks below, which will eventually have to be power-blasted off. To read more, an article in the Times explains to Brooklynites that yes, the spanking new Barclays Center and future home of the Nets, is rusting away on purpose. 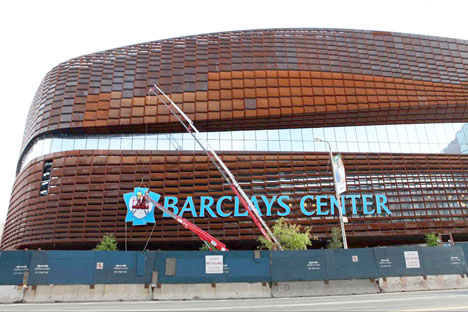 Come October, of course, no one in the borough will care about the exterior of the building; they'll all be watching closely to confirm that inside the building, it's D-Will and the rest of the Nets that are completely rust-free. 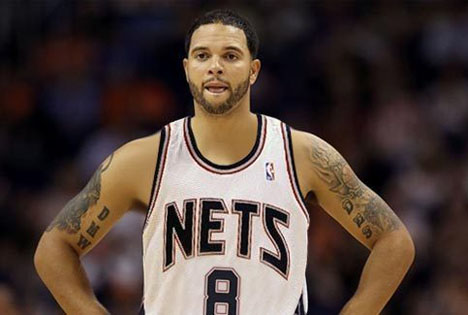