And Now, the Treadmill Bike 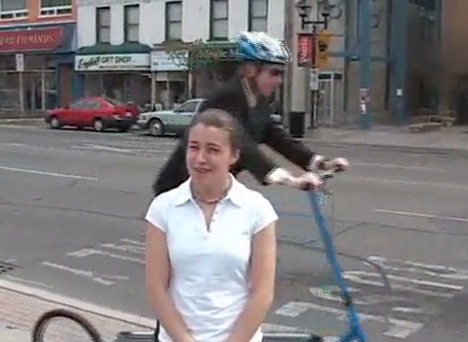 "The future of urban transportation"

Earlier this week, we wrote about the FLIZ, an admittedly outlandish concept for what we billed as 'the Flintstones bike.' Reactions varied between backhanded and forehanded critique: the unconventional hunchbacked frame unanimously raised questions of safety and comfort, while many commenters rejected the concept on principle, deriding the designers for stripping the bicycle of its essence. (Ironically enough, those who defended the project praised the fact that the designers were willing to explore the concept at all.) 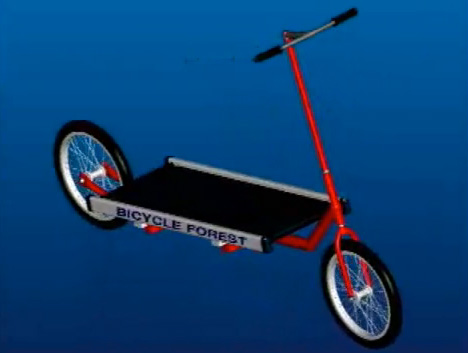 Still, the FLIZ team wouldn't have entered the project in the James Dyson Awards if they were afraid of constructive criticism, and I imagine that the judges will share some of these concerns. After all, the concept has nothing on the Treadmill Bike, which "offers a sure grip while protecting your feet from dirt and other contaminants commonly found on the earth's surface":

And let's not forget about the Uberhood and the Bike Butterfly. 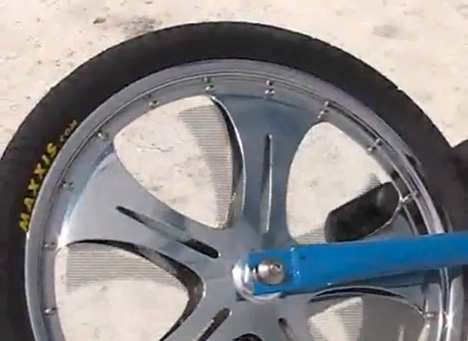 "Add some bling-bling to an already-sweet ride with a pair of 'Deuce Extreme' Spinna rims. Fo' shizzle."

via Bed Is a Computer

And Now, the Treadmill Bike