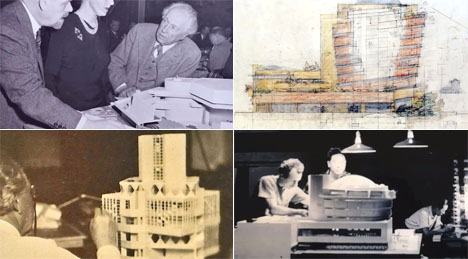 Let's say you controlled an enormous collection of significant design artifacts, located in a relatively remote region. Would you decide to a) keep them there, hoping design-lovers would make the pilgrimage and perhaps enrich the surrounding community, or b) move the collection to a major urban center (which already has more than its fair share of foot traffic) in a guarantee of more eyeballs?

That was the question faced by the Frank Lloyd Wright Foundation, which has 23,000 drawings, 44,000 photographs, and literally hundreds of thousands of ancillary materials from the iconic architect, all squirreled away at former FLW headquarters in both Wisconsin and Arizona. They've chosen option b); it has just been announced that they've struck a three-way deal with the MoMA and Columbia University's Avery Architectural & Fine Arts Library to move the massive collection to New York City.

So why did they do it? All parties involved sound off in this video below, released just this morning.