Roadbooks, Part 1: How We Used to Navigate 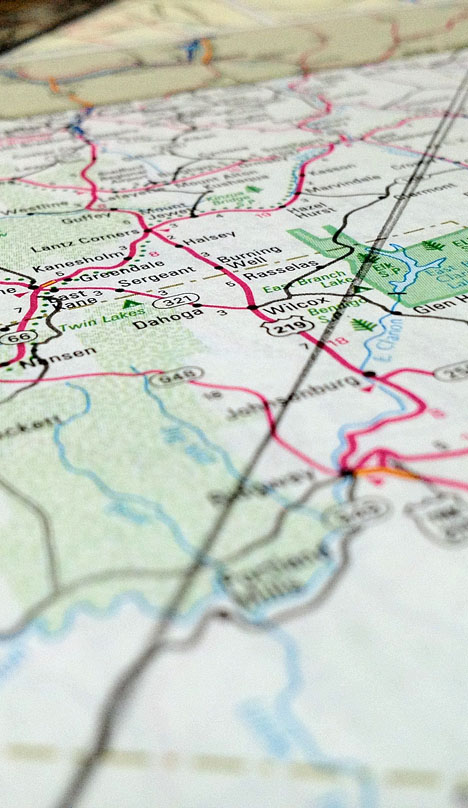 As fascinating as it is to watch trained industrial designers do their thing, I find it equally interesting to see non-designers doing design without realizing it.

To set this one up, I have to go back in time a bit. In 1990, I was a teenager who needed to drive from Alfred, New York to Oakmont, Pennsylvania, just outside of Pittsburgh. It was a couple hundred miles and there were no major interstates connecting the origin and destination. Furthermore this was pre-GPS, pre-internet, pre-cellphone; the only thing I had was a road atlas, something they used to sell in every gas station. 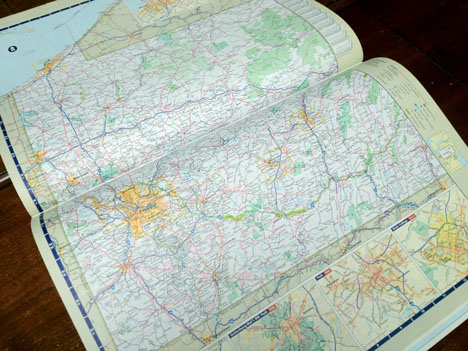 Even at 18 I'd been on enough solo roadtrips to know how to do it: You needed the atlas, a ruler, a pencil, three differently-colored pens and a notebook. 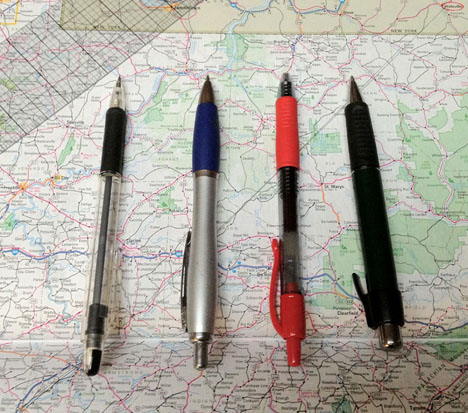 First you broke out the atlas and used a pencil to draw a straight line between Point A and B. 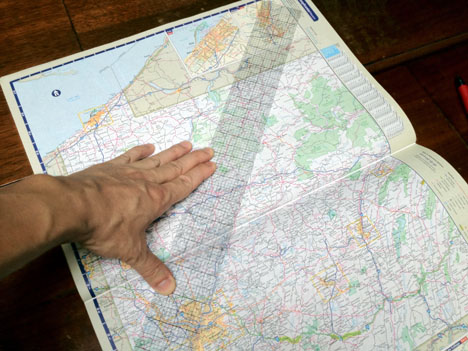 The problem was that traveling between states, Point A and B were on different pages, so you had to find some border town that was visible on both maps, try to figure out if that border town was the shortest distance between A and B, and use that as Point A-and-a-half. 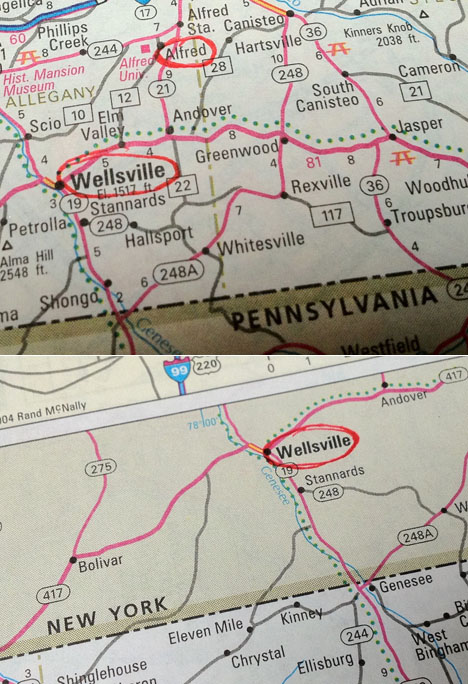 Once you had that straight line, you picked the routes that were closest to it. By looking at how thick a particular road's line was on the map, you estimated whether it was a 30 mph road or whether you'd be able to do 55 (really 60, which would halve the time you'd spend driving) and select whatever looked quickest. 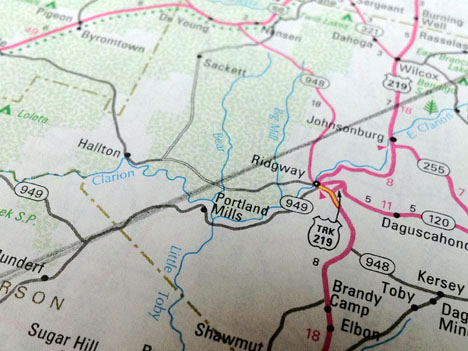 Next you'd use your ruler and the map's scale guide to estimate the distances between each route change. 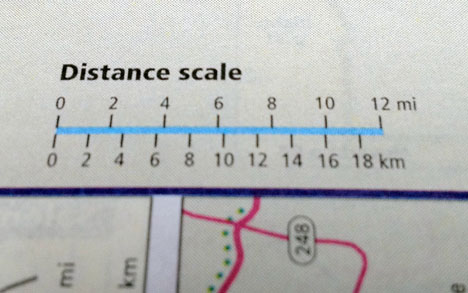 The Alfred-to-Oakmont route was complicated and largely local, with nearly two dozen route changes I had to make. And once the route was selected, I needed a way to easily communicate that route to myself when I'd be cruising down a twisty two-lane and trying to keep one eyeball on the road.

At this point in life I had zero design training, and the only classes I'd aced in high school were Auto Shop and Typing. So I'll cut myself a little slack for the primitive and laughable system I came up with, which was probably the first example of design (albeit graphic) that I'd ever attempted.

I tried to keep it simple, so I could take info in at a glance while driving. I used three pens of different colors to communicate the four pieces of info I needed at any given moment: What route number to take in which direction, how many miles to take it for, and whether the next turn-off was going to be on the left or the right. 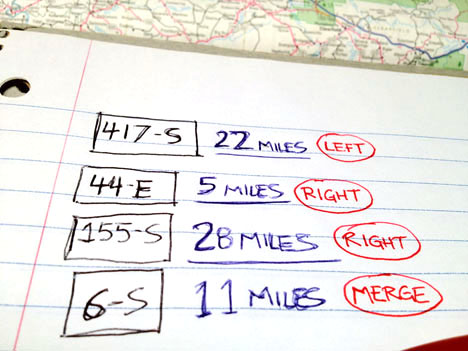 In addition to using different colors, to avoid mixing up the route and mileage numbers in my head I would draw boxes around the route numbers and write the word "MILES" out.

To correspond with my notes, at each route change I'd reset the car's trip odometer. In early versions of my little system I'd listed mileage cumulatively, but soon realized that was unwise, as if you overshot the turn-off by seven miles and then backtracked, your odometer readings were now screwed up. Hence the piecemeal mileage.

There were, of course, plenty of other people who had encountered the roadtrip problem decades before me, and had devised their own (superior) design solutions. In that pre-internet era I had no way of knowing about their systems, but if I had I would've ripped them off like Sa—well, you get the idea. We'll take a look at those systems next.

More Roadbooks!!
» How We Used to Navigate Using a Road Atlas
» Pacenotes, Sketches That Your Life Depends Upon
» Rigged for Motorcycles
» The Wrist-Mounted Original

Roadbooks, Part 1: How We Used to Navigate