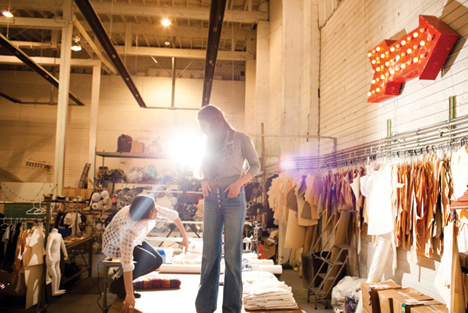 As the Portland Mini Maker Faire fast approaches, (September 15th-16 at the Oregon Museum of Science and Industry), we at Hand-Eye Supply and other makers through out the Pacific NW are quite busy getting our booths prepared for the greatest show (and tell) on Earth. To give you a sneak peek of what you might expect to see at Portland's Mini Maker Faire we talked with presenters Rosemary Robinson and Britt Howard about Portland Garment Factory, their innovative company that is reinventing local manufacturing. 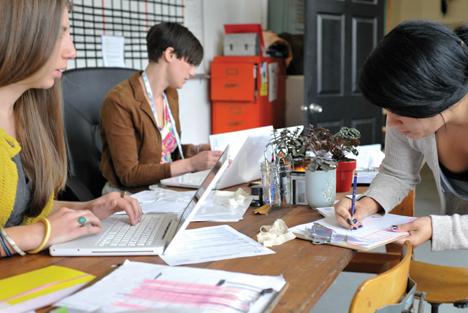 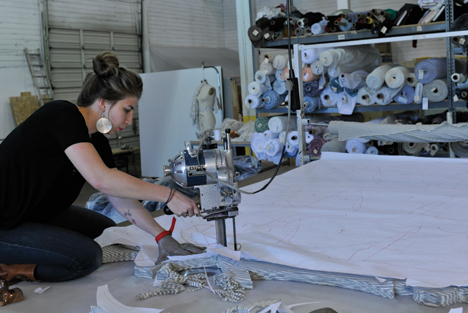 PGF was started by Britt Howard after she received endless compliments about the baby clothes she designed for her daughter, Piper. After a serious inquiry from a New York boutique owner, Britt took the idea of taking the line into production seriously. She searched for a place that would make and grade patterns, work through samples and do full-scale production for independent designers. The search results were unimpressive.

Overseas factories have insane minimums, long lead times and impossible communication barriers. PGF was quickly conceived and instantly welcomed by the fashion community in Portland. Nine months down the road, Rosemary Robinson came in as a potential client starting a womenswear collection. A recent transplant from San Francisco, Rosemary was exploring the possibilities of venturing into a design and retail business in Portland. Her experience working for independent designer, Lemon Twist, gave her the drive to create a start up womenswear apparel line manufactured in the United States. 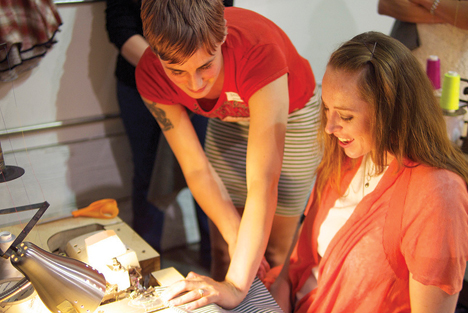 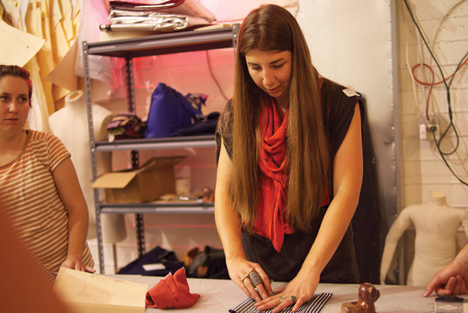 In a matter of two years, PGF transitioned from the original 300 square foot studio to a 1000 square foot retail/work space to now occupying the current 5000 square foot warehouse. In its infancy the owners cut and sewed everything themselves (while holding down night/weekend waitress gigs) and now PGF employs 12 people, has an extensive internship program and an in-house line of womenswear, aptly named HouseLine. 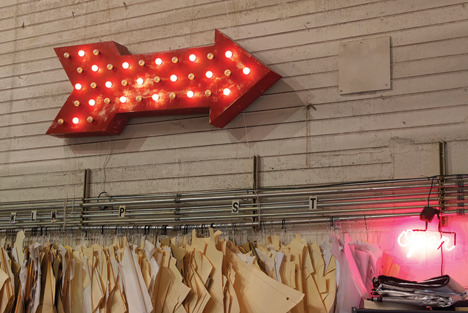 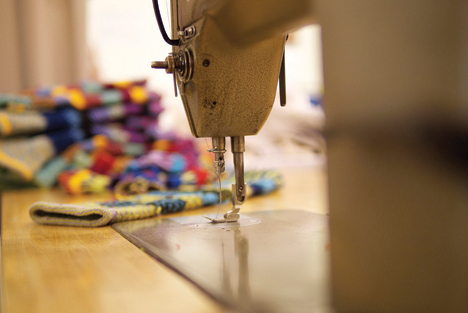 PGF is committed to entirely vertically integrated design, development and manufacturing. Clients have a unique experience working with PGF because they can be truly involved in every step of the "design to market" process. They can work directly with the owners, patternmakers and seamstresses and watch as their creative visions come to life. The intimate relationships between designer and product is almost impossible to cultivate with other manufacturing facilities, domestic or offshore. PGF's primary clients range from high end fashion designers and soft goods developers to mass market institutions and commercial retailers. Items made at PGF have sold at Saks Fifth Avenue, Fred Segal and independent boutiques across the county. PGF has made garments for Target commercials, developed new styles with Nike, and produced items for the Cannes Film Festival. 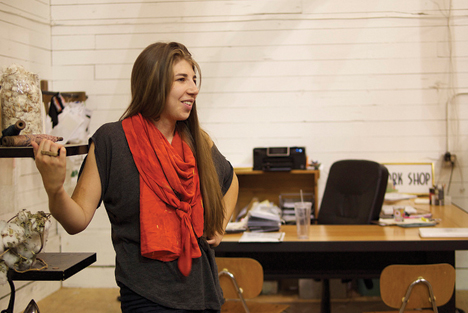 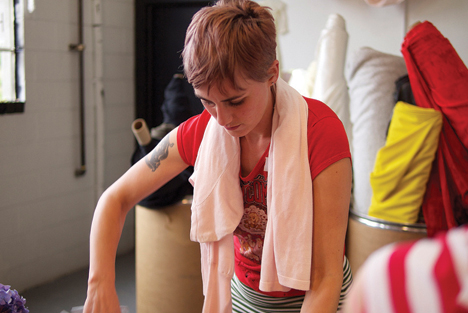 To learn more about the goings on at Portland Garment Factory be sure to check out their booth at the Portland Mini Maker Faire this weekend. We're also pleased to say that they will also be speaking at the Hand-Eye Supply Curiosity Club next Tuesday, September 18th at 6:00PM PDT.