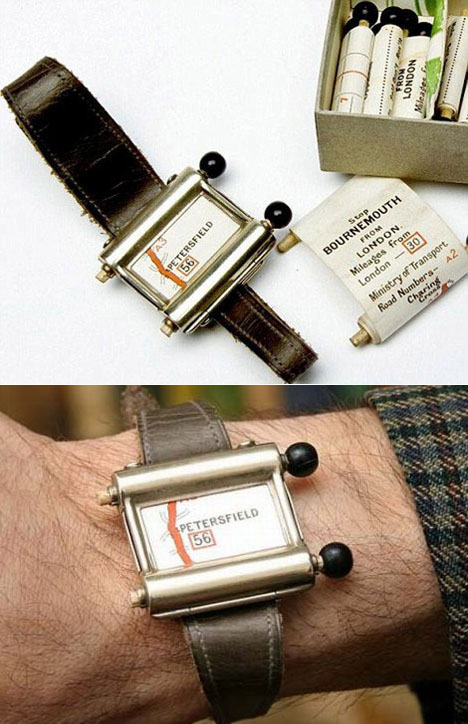 That there is the Plus Fours Routefinder, the precursor to the roadbook and an interesting (if ultimately failed) example of pre-ID industrial design. Invented in the UK, the wrist-mounted device provided user-advanceable mapping information at a glance.

The central design difficulties are obvious: A separate scroll was required for each point-to-point trip, which allowed no deviation. It was also unidirectional, meaning you'd have to load a new scroll for the return journey. 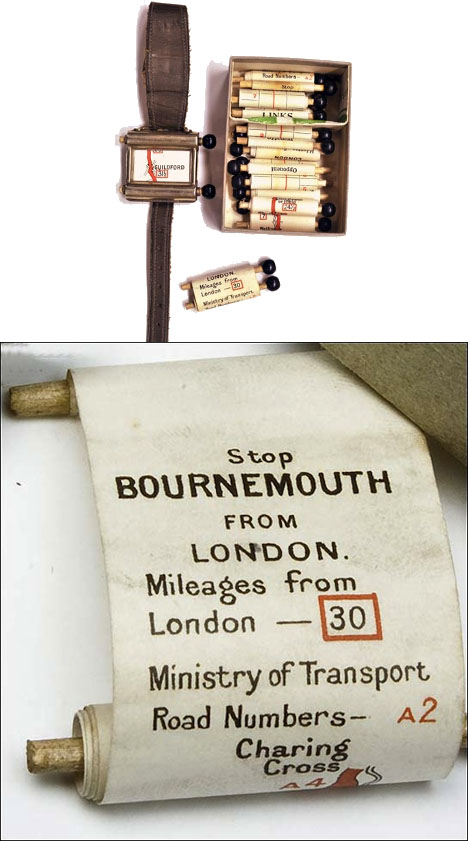 The device was on display as part of the British Library's "Weird and Wonderful Inventions and Gadgets" exhibition several years ago. The Mail Online theorized that the device never saw mass uptake not because of its flaws, but because it was invented too early; that there were reportedly not enough motorists in the 1920s to support mass manufacture. I'm not sure if I buy that—you'd think that if the device had merit, one patient businessperson or another would've trotted it back out as the number of motorists rose.In 2010 a New Zealand tinkerer named Simon Jansen decided to make his own version, for use while tooling around town in his vintage MGB. 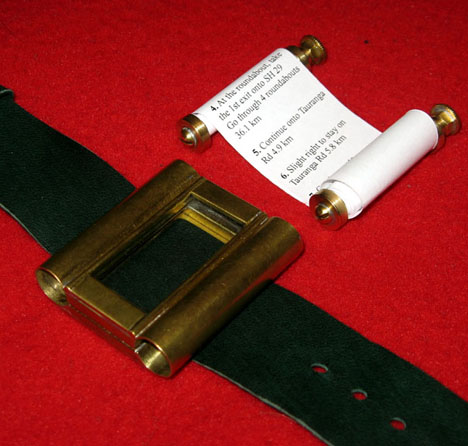 The resultant device is as handsome as it is DIY: Jansen hand-soldered it together from brass modeling tubes and hacked a microscope slide to use as the protective window. He created scrolls using the text portion of Google Maps' directions service and printing it onto thin strips of paper. 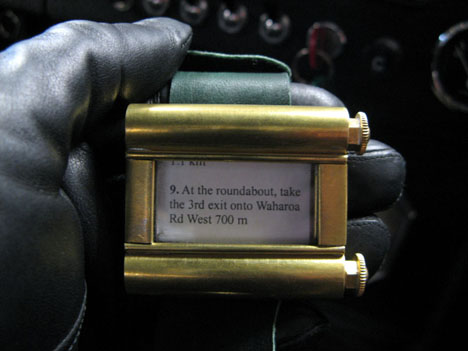 "I made the strap large so the watch can be worn over your sleeves so you can see it when driving," he writes. "The glass window, an improvement on the original device as far as I can tell, stops the paper getting wet in the rain when you are driving your convertible sports car with the top down.

"The amazing thing," he finishes, "is it actually bloody works!" 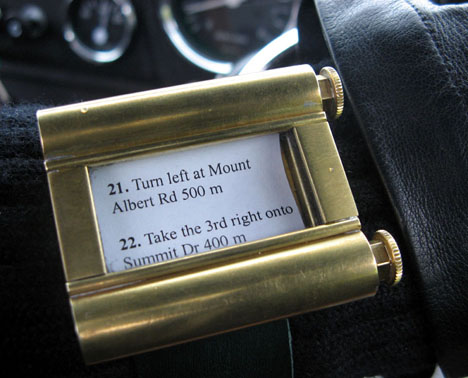 More Roadbooks!!
» How We Used to Navigate Using Maps
» Pacenotes, Sketches That Your Life Depends Upon
» Rigged for Motorcycles
» The Wrist-Mounted Original