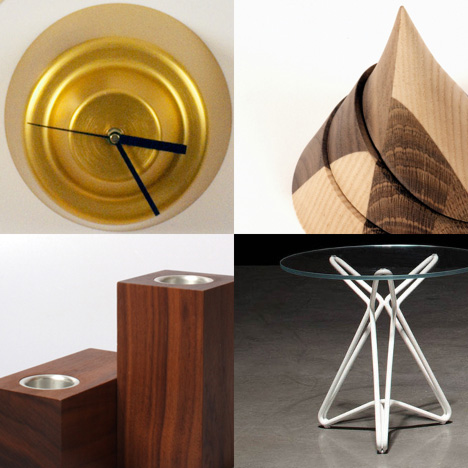 After completing her degree at Nottingham Trent in 2003, designer Kirsty Whyte spent some time at Sweden's Kalmar University, studying glass design, before establishing her own shop in London in 2008. She's spent the past year in Shanghai to explore the relationship between development and manufacturing, and she's glad to back in her native UK in time for next week's design festivities. 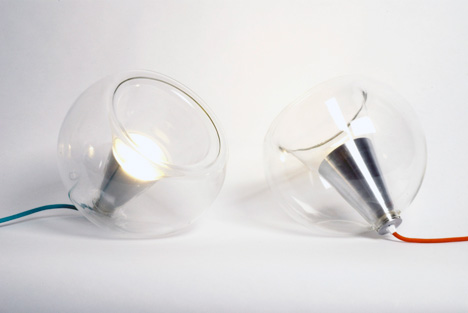 Indeed, she's exhibited work during London Design Festival in the past, with a strong showing in 2009 that included the Gordo table lamps (above), the Warp clocks and Limpet wall hooks (below). 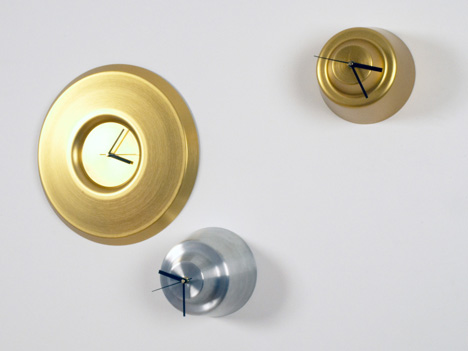 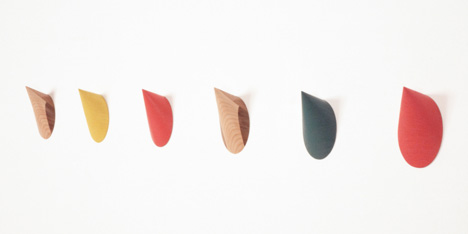 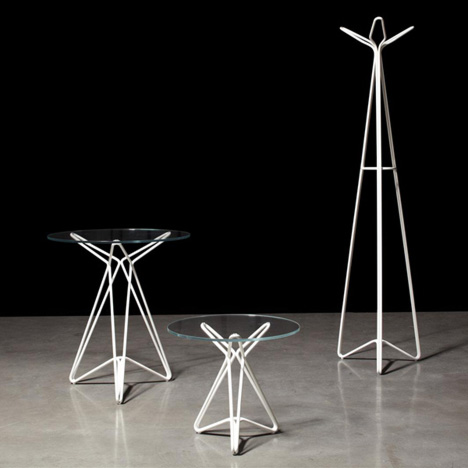 More recent projects include the Drew tables for Modus, which consist of round glass surface atop an Eiffel-like steel rod base.[The tables] use same design language and manufacturing process—made from one continuous piece of steel rod—meaning minimal material is wasted in production. The forms have been pared down, making an even purer form. They are smaller and lighter so it can sit with any contemporary environment. 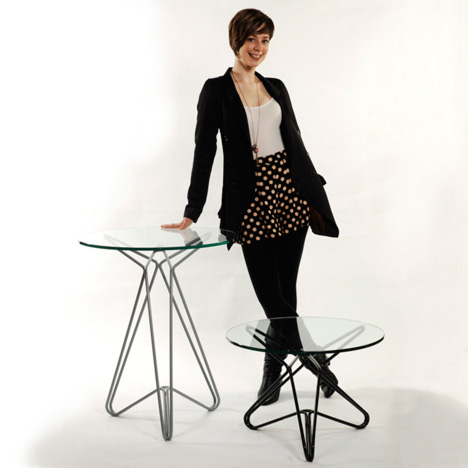 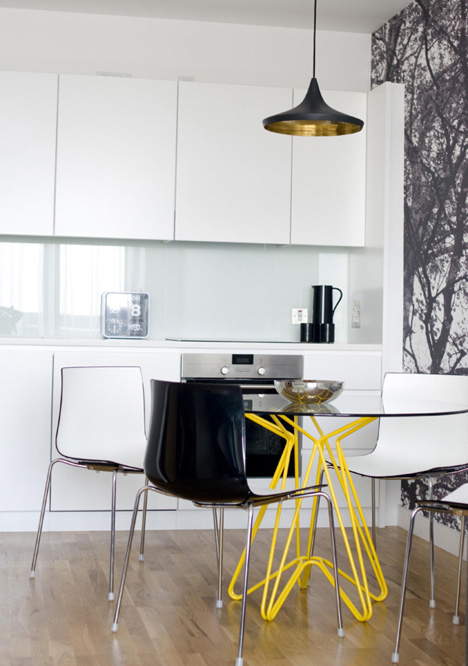 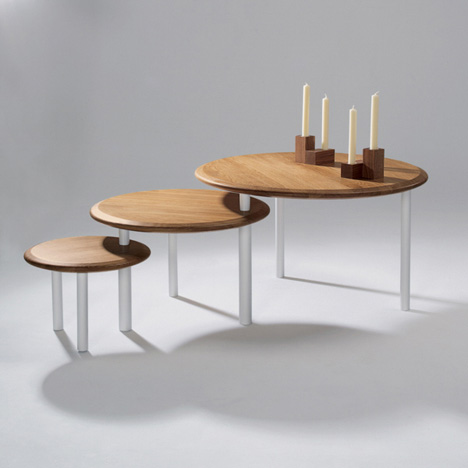 Last but not least, Whyte was selected for Heal's Discovers 2011, for which she created the "Twist" nesting tables and Nesting Candleholders. 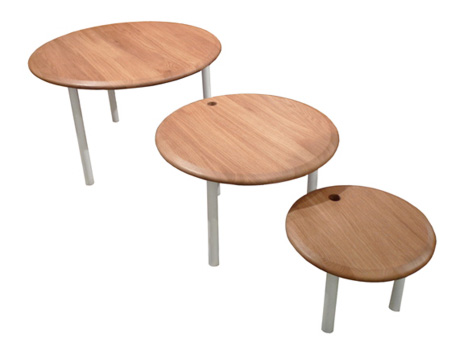 The "Twist" tables are precisely that, a playful take on nesting tables. The powdercoated aluminum legs of the larger two tables can slot into legs of the smaller two. 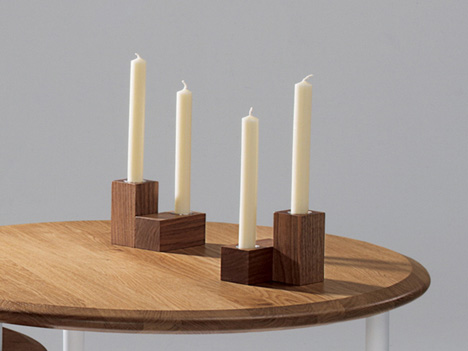 As for the candleholders—quasi-interlocking walnut blocks of orthogonally-joined 1×2 units—Whyte notes that she "came up with the idea for these candleholders whilst playing around with OXO cubes."