Clever Use of Trapezoids to Save Materials, and What the Heck are These Solar Lights? 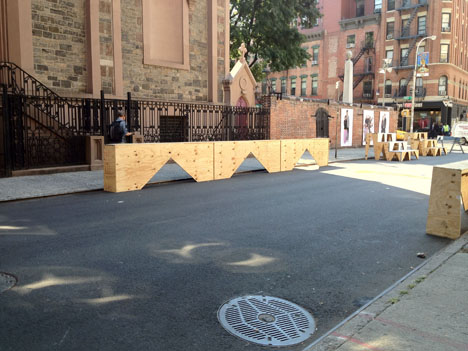 A few blocks east of Core77 headquarters, they're setting up the annual Feast of San Gennaro. Aside from the standard carnival and food booths, one block of Mulberry Street is being used to set up some temporary street event requiring counters. This morning we spotted the freshly-built counter you see above, and noticed a clever design solution. Let's take a closer look: 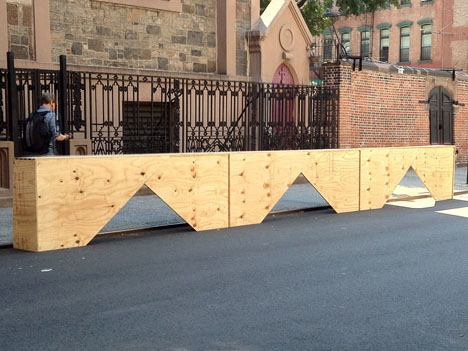 Why is the front cut that way? Because if you take a standard 4’×8’ sheet of plywood, use a circ saw to bisect it with a single 45-degree cut, then flip one of the pieces and put it together, you can increase the length of your counter. Just now I knocked it up quickly in CAD to see how it works out: 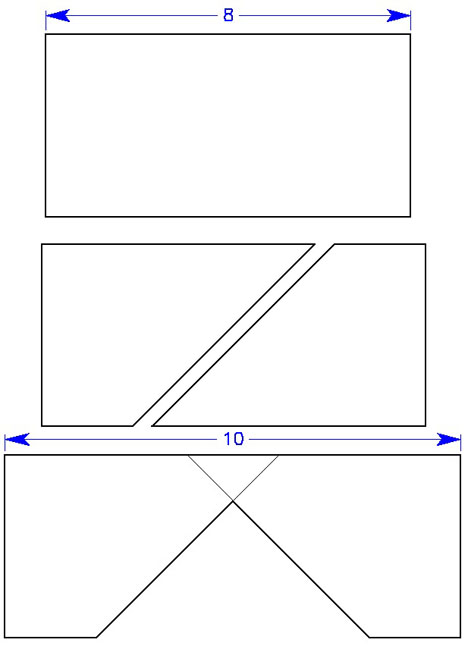 Now you've got ten feet of length rather than eight. By ganging these together in threes, whomever built this thing now has a series of continuous thirty-foot-long counters although the fascias of each use only standard 4’×8’ sheets. 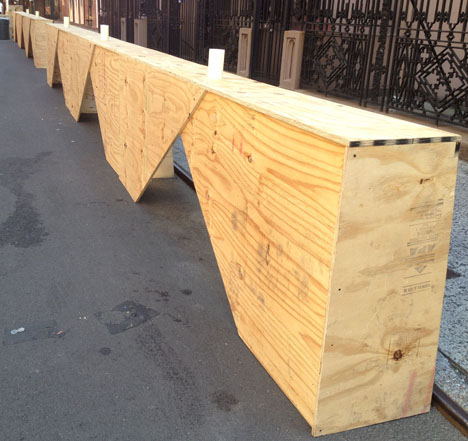 While the other carnival booths you'll see at San Gennaro are built balloon-style—2’×3’ and 2’×4’ frames shod in construction-grade 3/4"” ply—these units are made from nothing but the ply. On the inside, we see that the supports are also made from trapezoids, i.e., they used one rectangle of wood to make two supports. 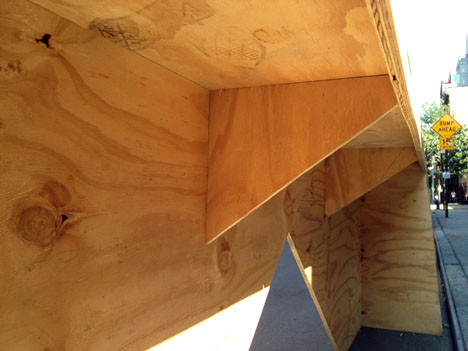 They've also got these riser-looking units, which exploit the trapezoid thing even further. I don't have time to try and CAD this one up, but just looking at it tells you they're using about half as much material in the vertical supports as they would if it were solid-sided. 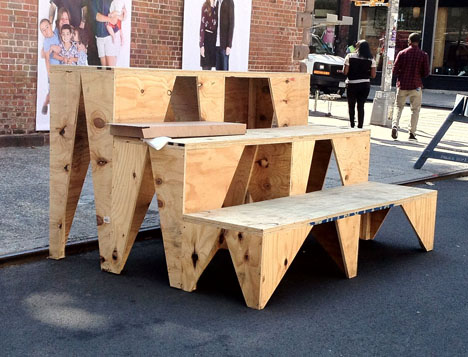 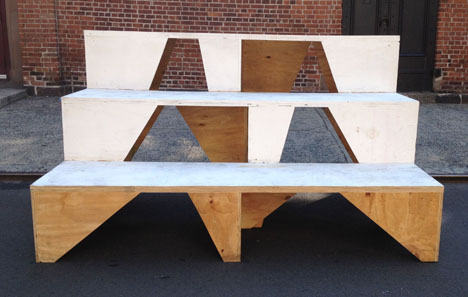 Tangentially, hanging above some of these counters is what appears to be a solar-powered lamp, the likes of which I've never seen before. It's got little wings that flip out with panels on top and LEDs on the bottom. Does anyone know who makes these? I haven't been able to find any info.

Clever Use of Trapezoids to Save Materials, and What the Heck are These Solar Lights?