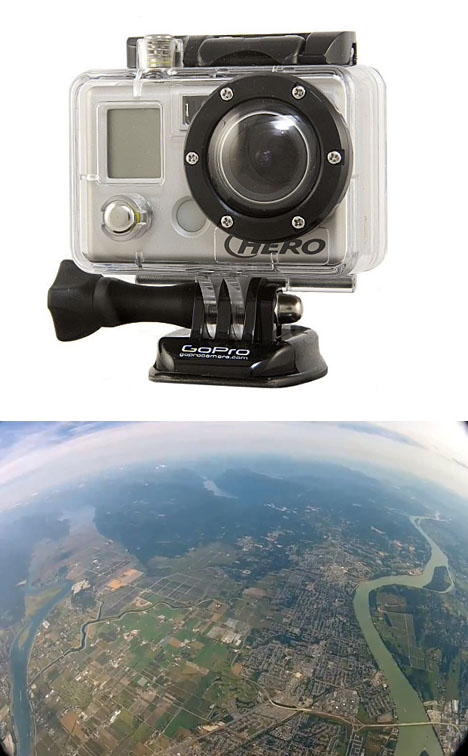 In Texas everything is bigger, so it's ironic that Texas Instruments made the first transistor radio. This miniaturized display of technological might was nothing short of astonishing in 1954, when a radio had been, up until recently, a heavy piece of furniture you made a dedicated spot for in the living room. Now you could carry music, and every local radio station's playlists, around with you.

The miniaturization of devices has always been about added convenience and portability. But this recently-released video by a skydiver reminds us that there is an added benefit to shrinking things: They become less fragile simply by virtue of having less mass. An unnamed Canadian skydiver jumped out of an airplane with a GoPro camera strapped to his head when something went wrong:

The video is hard to watch, not because it's gruesome—it isn't—but because it's dizzying. But the relevant moments happen at around 0:28 and 2:40, and you can fast-forward through what's in between, unless you want to lose your lunch:

Are you kidding me? "Not one scratch on the body or lens," he writes. "A buddy the same day who is one of our camera flyers had the same thing happen but with his SLR... not the same result." While the skydiver admits the results would be different had the GoPro landed on concrete rather than grass, anything electronic and containing glass that survives a vertical drop in excess of two miles is pretty damn impressive. And how crazy is it that the camera fortuitously landed at such an angle as to still capture the skydivers landing?