Cleveland, Ohio has enough abandoned homes that they're tearing down "2,000 homes a year for the foreseeable future," according to a company called A Piece of Cleveland. And they should know; both that company and another called Reclaim Cleveland, whose work we looked at here, are in the business of harvesting materials from demolished structures for upcycling.

When the Cleveland Institute of Art needed new studio furniture, Dan Cuffaro, who heads up the ID department there, connected the local dots. After designing the HIVE workstation, he contracted with APOC for the materials and nearby fabrication firm Benchmark Craftsmen to build them. After forming his own company earlier this year, Abeo Design, to back the desks, Cuffaro fulfilled his first order for 32 workstations and has an order in for another 98. 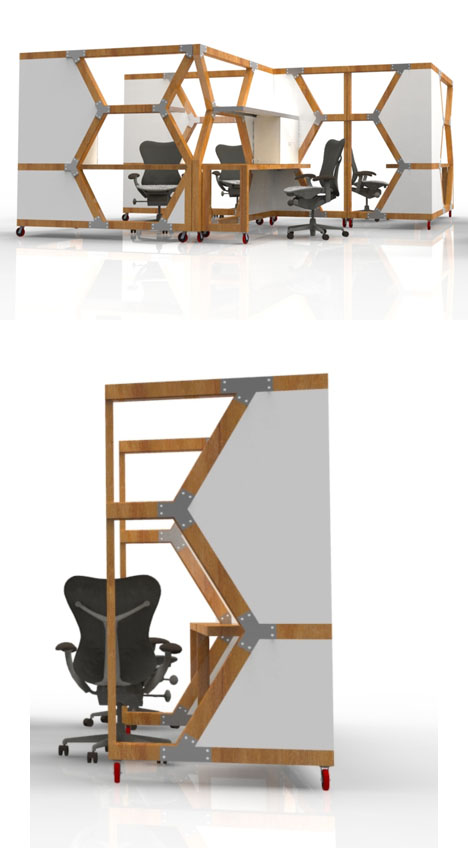 The HIVEs feature a worksurface, storage, built-in LED lighting and customizable panels. Designed for flexible-use spaces, the units are up on wheels to make them easy to move around on the fly. Sixty percent of each unit is built from reclaimed materials, and 95% is recycled and/or recyclable. 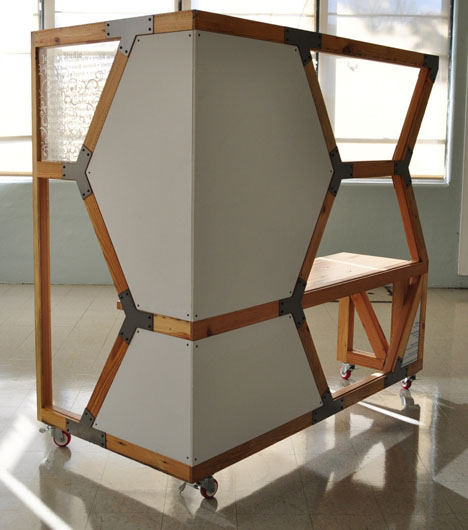 "I came up with a design that meets the schools' needs," Cuffaro told a local newspaper, "but I quickly realized this has commercial value beyond the Cleveland Institute of Art. They are designed with commercial work environments in mind." But although he's branched out into his own business, Cuffaro is still funneling a portion of the proceeds back into the school.

Cuffaro's story is a great example of a win-win-win-win. Used construction materials avoid the garbage dump; the students get the desks they need; Cuffaro now has his own business, and that business in turn supports two local businesses. The days of massive factories creating thousands of American jobs at once may be over, but if we can get thousands of creative entrepreneurs providing employment for a few people apiece, we've got a chance.