The Popinator Gives New Meaning to "On Demand" 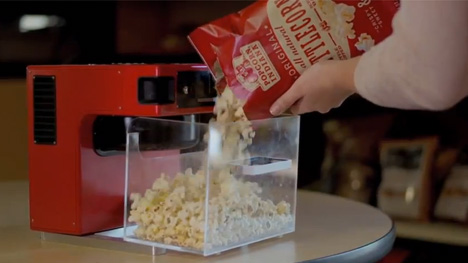 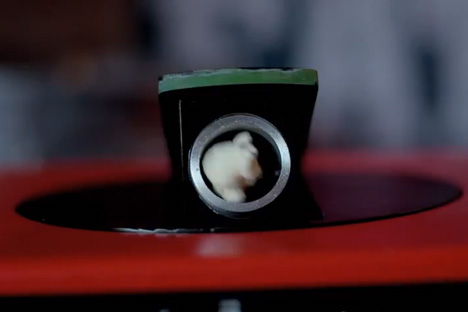 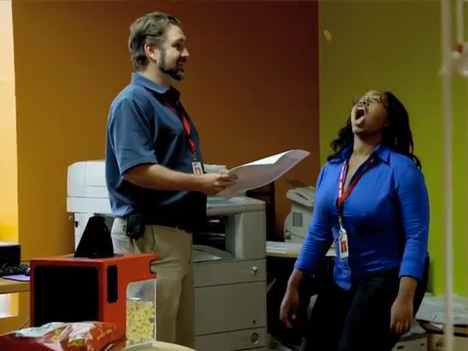 A video of a hot new popcorn delivery system has been popping up on blogosphere and we'd be remiss not to share Popcorn Indiana's voice-activated snack-launching apparatus. Details are scant, but word on the street is that the Popinator is the real deal. Watch:

The Englewood, NJ-based popcorn purveyor (all of their corn is grown in Indiana) has purportedly developed the Popinator because the current popcorn consumption paradigm is bogged down by grubby hands and crinkly bags. A little bird tells us that the engineer, identified only as Ted, is multidisciplinary designer Ted Hayes, and his portfolio affirms his past experience with interactive technology: he's been interested in the Internet of Things since his ITP days, when he made the BubbleViz, "an internet-enabled toy bubble gun that uses an Arduino, XBee and ConnectPort to poll a PHP script and check an IMAP server for new messages, upon which the device showers you with a delightful cascade of bubbles."

Sounds like exactly the type of guy who could translate binaural audio cues into projectile popcorn and muse on the aerodynamic properties of popped corn. 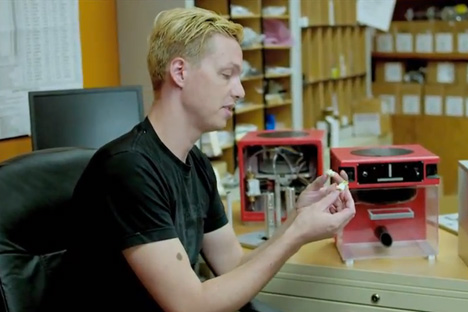 As for what's next for the munchie mortar, Engadget has a statement from Popcorn Indiana on the future of the Popinator:All we have to say is: it is a work in progress right now. We certainly hope that one day it will become a commercial project, but as of now there is no shipping date and no price tag. It is purely a fun internal project we are toying with here at Popcorn Indiana. Based on the very positive responses we are getting online, we think this is well worth looking into as a commercial product. 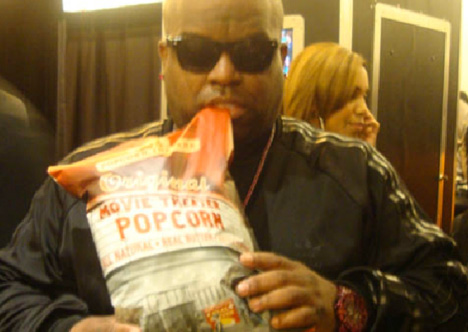 Next up: a machine that shoots money at Cee-Lo whenever anyone sings along to "Crazy"

Hat tip to Engadget / via ITP

The Popinator Gives New Meaning to "On Demand"