Why I Hate Drain Snakes, but Love Robotic Ones 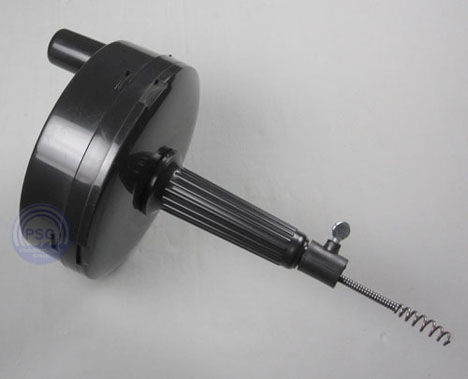 I hate using drain snakes, but am forced to annually at the photo studio, where a year's worth of model hair and God-knows-what-else periodically backs up the sink. I've got the $20 one you see above—I'm actually on my third—and the thing is in serious need of the ministrations of an industrial designer. Because of the way the studio's building is piped, clogs seem to build up around 20 feet behind the sink, well inside the walls; although this snake's cable is 25 feet in length, there's no way to tell how much you've got left as it unspools, and more than once the entire thing has deployed, escaping the crappy and easily-breakable clamp. Then you're left with 25 feet of cable you have to manually yank out of the convoluted piping. By the time you're finished you're cursing fluently, covered in sweat, and the bathroom is covered in disgusting brown goo.

It happens infrequently enough that I haven't stepped up to a more expensive solution, but what I really want is a freaking robot that can snake drains. After coming across this video, I'm hoping it will one day be a reality. Researchers at Case Western Reserve University's Center for Biologically Inspired Robotics Research have developed a robot that locomotes through peristalsis, that inchworm-like thing your intestines do to move digested food along. Check it out:

How cool is that, where you can see it wriggling through the clear hose? I realize the idea has a long way to go, and I damn sure wouldn't want to try cleaning the thing off after it had been through 25 feet of pipe, but hopefully the robotics eggheads can work that one out.

In the meantime, if any of you have direct experience with a well-designed auger or drain snake that you swear by, I'm all ears.

Why I Hate Drain Snakes, but Love Robotic Ones