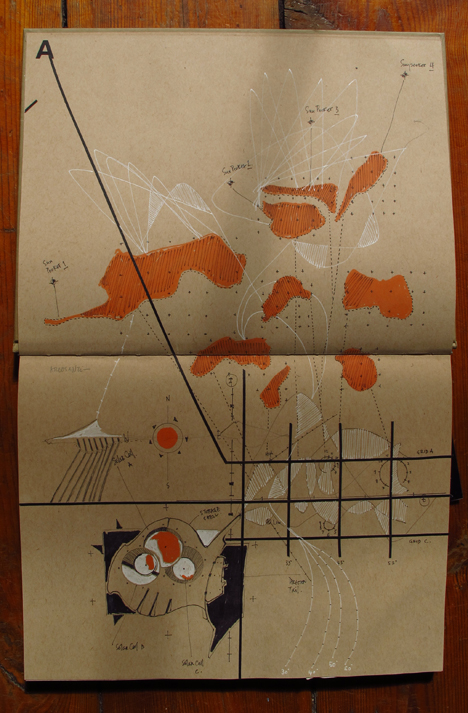 Fellow participant of the Unknown Fields Division group and Design Interactions student at the Royal College of Art in London Dimitri Constantinides is currently exploring various dystopian themes as part of his final year thesis entitled 'Post- Traumatic Constellations'. The thesis is a first-hand field guide in which he attempts to analyse and come to terms with the social, cultural, ecological and technological impacts of trauma and post- trauma conditions around the world.

Taking on the persona of a post-traumatic urbanist during the UFD roadtrip his first call of duty was to find the cheapest way to design and install a solar energy power source. Additionally, the device had to store enough energy to address the needs of twenty or so fellow 'nomad' travellers keen to not let go of their smart phones and their collection of power usage gadgetry. 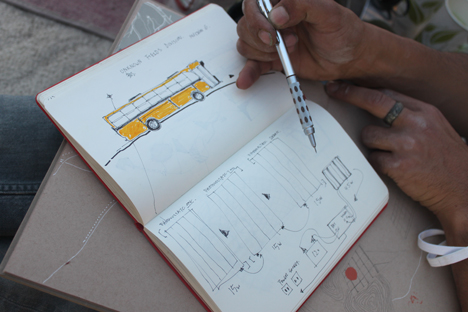 A tall order for most people but not for Dimitri, or Dimi to his close friends, with just $180 and some basic DIY solar energy knowledge, he was able to plan the best way to harvest electricity throughout the two-week road trip from just a few photovoltaic panels, some deep cell batteries and an inverter. 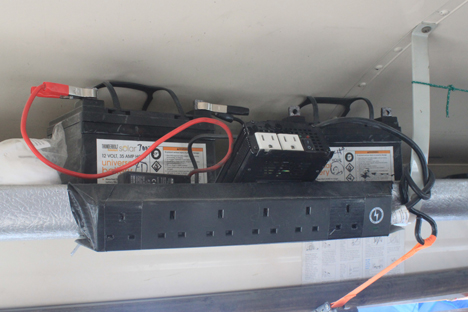 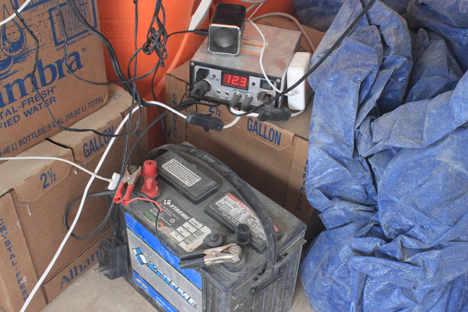 After making a visit to a selection of hardware stores, three 15-watt photovoltaic panels were strapped and riveted flat to the roof of the bus to collectively gain 45 watts of power. Once connected, power was then stored into a bank of four deep cycle 12-volt lead/acid batteries daisy chained together at the back of the bus to ensure maximum charge. 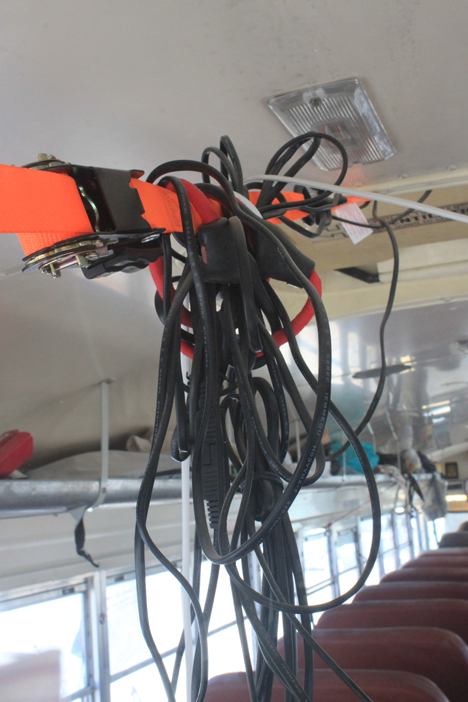 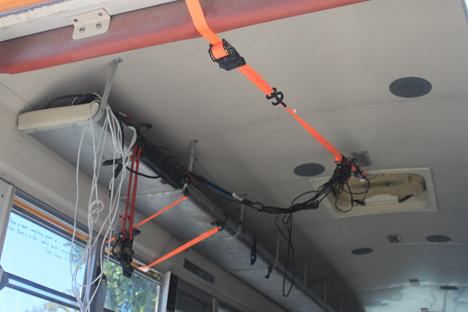 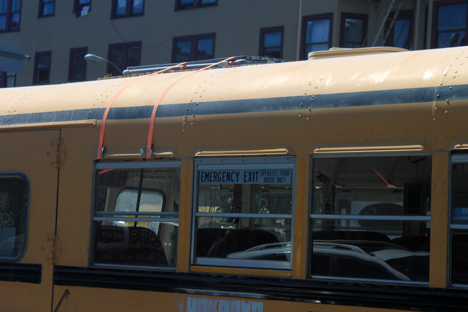 Ratchet Cables connect to the Solar Panel
Ratchet Cables connect to the Solar PanelWith the help of a power inverter to convert the stored DC power in the battery into AC and a voltmeter, the power from the sun's rays could be measured and accessed via a row of power sockets. Dimi was soon in charge of monitoring the battery charge and became a keen observer of how other travelers made use of the power available to them.

From the beginning of the UFD mission in New Mexico through to Burning Man in Nevada, Dimi was inspired by his new responsibilities and began to record his journey based on data gathered from the energy harvested and subsequently consumed. Creating a continuous sketchbook of weather phenomena maps he became more obsessed with following the sun's path and where one might have seen cloudy blue skies, he began to see only voltage and time. 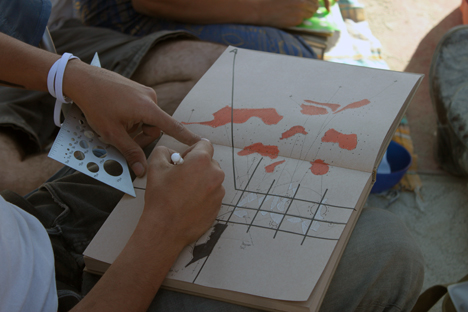 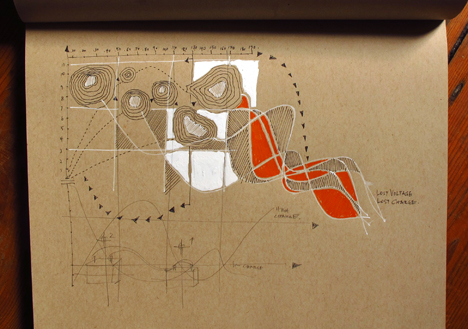