Do Sleep On This One: Kawamura-Ganjavian's "Ostrich" Now on Kickstarter 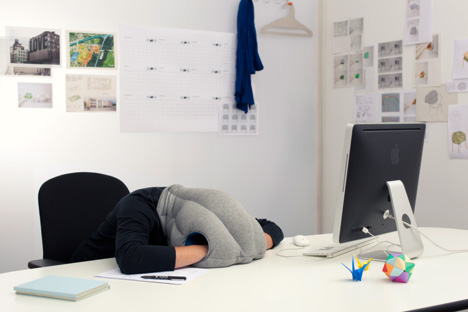 Yesterday, we had a look at a couple stories about the far reaches of medical innovation, and although Kawamura-Ganjavian's "Ostrich Pillow" isn't a prosthetic by any stretch of the imagination, its therapeutic intent has a certain health-related resonance. The architecture and design studio is launching the product, best described as a combination of a hood and a pillow, through sister company Studio Banana Things on Kickstarter.OSTRICH PILLOW is a revolutionary new product [designed] to enable easy powernaps anytime, everywhere, [offering] a micro environment in which to take a cosy and comfortable power nap at ease. OSTRICH PILLOW has been designed to allow you to create a little private space within a public one, to relax and unwind. Its soothing soft interior shelters and isolates your head and hands (mind and body) for a short break, without needing to leave your desk, chair, bench or wherever you may be.

Of course, we first saw the enclosed pillow over a year ago, and the Kickstarter pitch notes that the positive response was a factor in Kawamura-Ganjavian's decision to move forward with the product. (While we were among the first blogs to post the "Ostrich," we were snubbed in the video... I guess no good deed goes unpunished.) 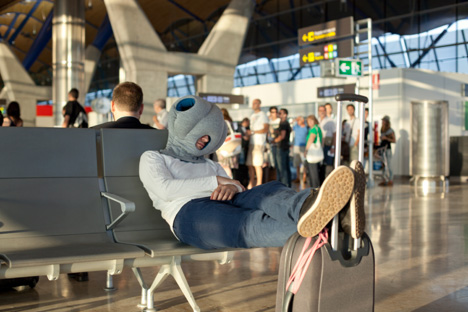 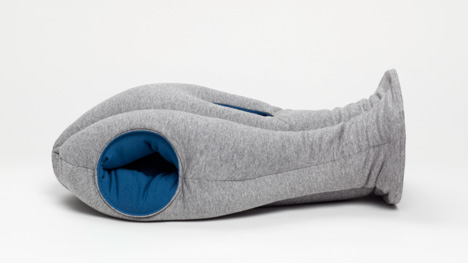 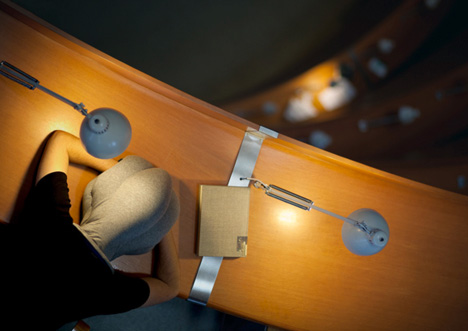 In any case, they've spent the past year perfecting the harbinger of the "new working-resting paradigm": the one-size-fits-all pillow is stuffed with synthetic microbeads and has an opening for one's mouth and nose, something like a padded balaclava with a cranial kangaroo pocket. 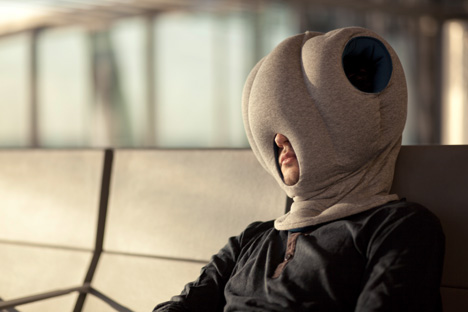 Besides napping, the "Ostrich" might make for a passable costume for an extraterrestrial in a B-movie. 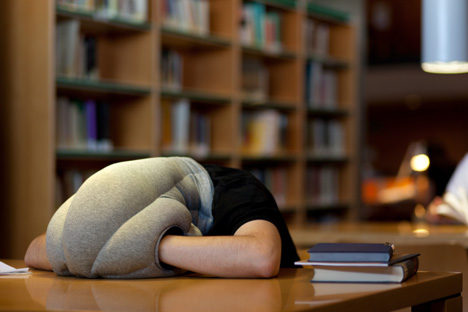 Nearly half of the 300 early bird specials (get it?) were claimed as of press time, so backers can still preorder the "Ostrich Pillow" for 20% off the $75 regular price. (If you're on the fence, the FAQ is also chock full of useful facts, including both NASA and NBA players' co-sign on power naps.)

Do Sleep On This One: Kawamura-Ganjavian's "Ostrich" Now on Kickstarter