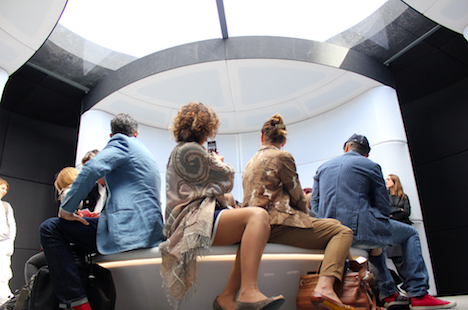 Tourists who crowd in the area between the National Gallery, St. Martin-in-the-Fields church, the two Sir Edwin Lutyens' fountains and the four enormous lions guarding Nelson's Column in that famous plaza known as Trafalgar Square now have something else to feverishly photograph, at least until the end of London Design Festival. The Sound Portal—an installation commissioned by BE OPEN, the international arts think tank founded by Elena Baturina (pictured below), and designed by the engineers at ARUP—stands apart from its centuries-old stone surroundings, marking the square like a big black thumbprint.

Inside, a looping incline leads to an airy white central space where floor-to-ceiling speakers covered in a white mesh fabric line the walls. A wide, white ottoman dots the center of the room, above which the glass ceiling transforms the space into a cathedral of sound. 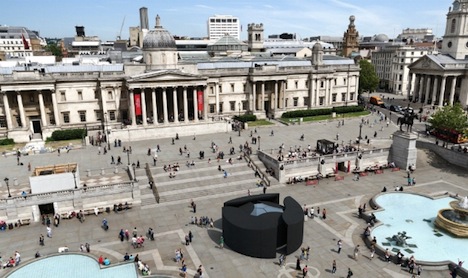 The center of the room is the optimal location for visitor to hear "pure acoustic experiences" designed to transport them from "one of the busiest and aurally chaotic environments in London." Sound and Music commissioned soundscapes from five musicians who each interpreted the Sound Portal and its location within the city in entirely different ways. Ivan Pavlov (COH) created a choral piece that addresses the sacred nature of the space and offers "a universal religious experience" he describes as "a missionary UFO landing at one of the planet's most visited spots." Nathaniel Robin Mann's piece, on the other hand, "evokes steam train frenetics, creaking organ bellows and pet shop cacophony." 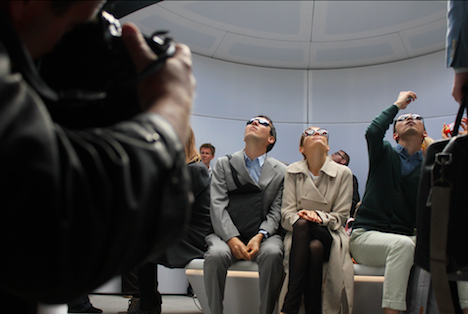 Jo Thomas' piece "made from the reflective sound of cymbals recorded with a soundfield microphone... is designed for 9 Channels of Ambisonic sound," making Tom Jenkinson's solo guitar piece perhaps the most accessible of the group. The most conceptually compelling, however, is Jana Winderen's "Ultraworld," which she made using special microphones, placed both on land and underwater, to record species who communicate using ultrasound—frequencies inaudible to the human ear. To create a musical piece, she stretched out the sound to a frequency audible to the humans ear, bringing the heretofore unheard sounds of marine and land species into the heart of London. If you didn't notice just how loud the buzzing square was before you entered the Sound Portal, you'll leave not only aware of its variety of sounds and diversity of languages, but, like it or not, you'll be tuned in to the sounds of the city in general as you make your way through its streets for the remainder of the day. 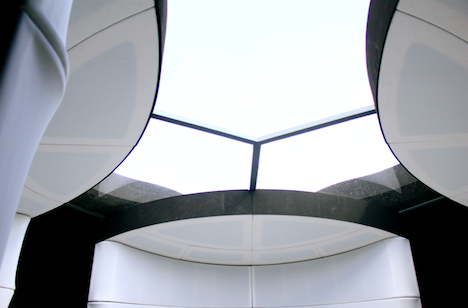 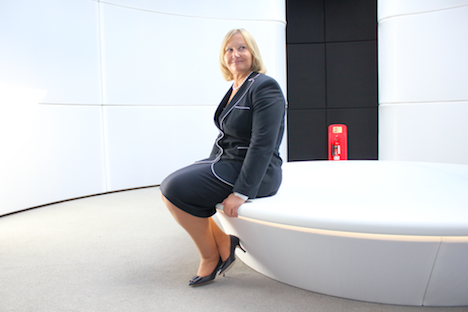