The Velocipede Strikes Back: The Bicymple Is a Real Thing 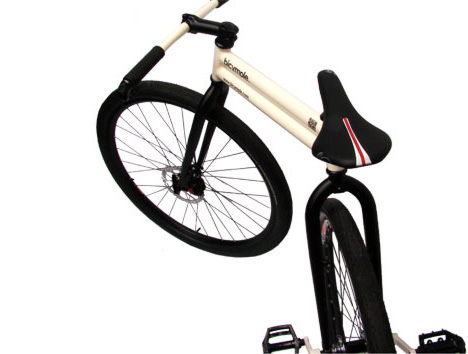 A few weeks ago, I idly wondered whether the FLIZ concept bike was a solution looking for a problem: the slick homage to the draisine struck me as the sort of oddball prototype that surely has some imaginable practical purpose beyond its origin as a thought experiment. Commenters were less sympathetic, ridiculing the contraption—often cast as a deathtrap—as an ill-advised project, possibly on par with the tongue-in-cheek treadmill bike. 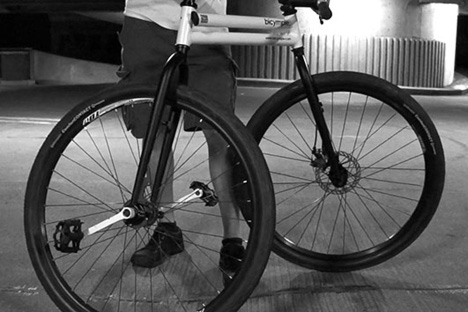 As such, I felt a little sheepish about throwing the Dyson Award entry under the bus (metaphorically, of course)... but not so bad as to pass on another recent concept called the Bicymple. The designers at Bellingham, WA's Scalyfish Designs sought to "evolve the established bicycle design while adhering to the basic principles of simplicity, functionality and excitement?" The result looks something like an iteration of Joey Ruiter's City Bike, with a rear-steering option for "crab riding."By removing the chain, the number of moving parts and overall complexity is significantly reduced. A direct-drive, freewheeling hub joins the crank arm axis with the rear-wheel axis, shortening the wheelbase and minimizing the design.

More than just a stylish concept bike, the bicymple is comfortable, easy to ride, and brilliantly simple to maintain. The lightweight design and short wheelbase make for a nimble ride. The optional rear-steer mode is remniscent of custom "swing bikes" and allows tighter turns and "crab-riding." 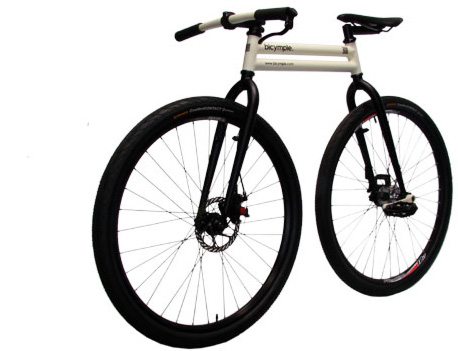 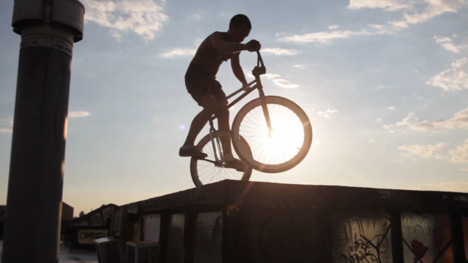 As far as I know, Thomas Porter has no connection to Bicymple

For reference, this well-produced short documentary about Brooklyn-based 'mutant bike' builder Thomas Porter opens with a solid minute-and-a-half of "custom 'swing bike'" tomfoolery (before venturing into rather less SFW territory). In lieu of the promised video, the Bicymple team has included some action shots: 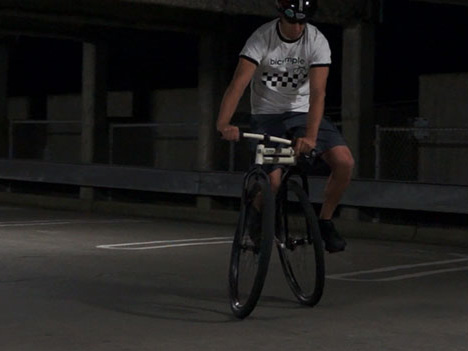 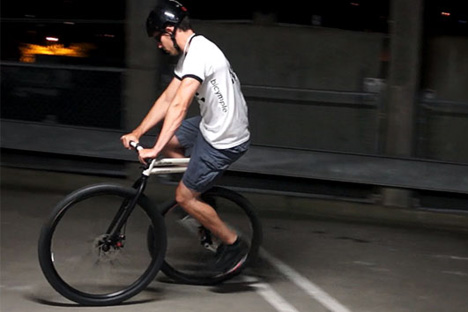 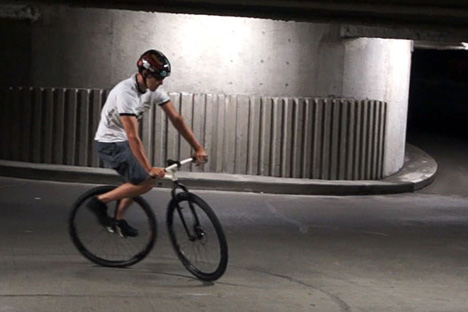 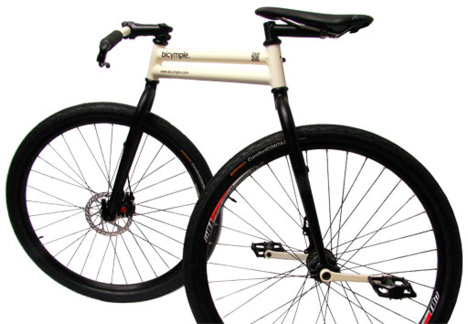 The Bicymple is certainly more functional than the FLIZ, at least insofar as "the ultra-compact design makes it effortless to get in and out of tight spaces and easily squeezes into stairwells, hallways, fire escapes, nooks and crannies." I've never ridden a unicycle, but I assume the bike—double-steerer version, in particular—has a similar learning curve. And before anyone asks, the team has "designed an overdrive hub system that will make the gearing comparable to that of the average singlespeed bike."

But the question remains... yea or nay?

The Velocipede Strikes Back: The Bicymple Is a Real Thing