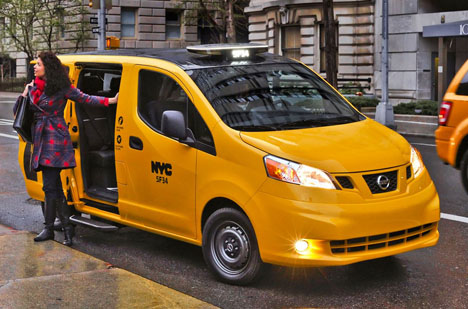 It's official: NYC's Taxi & Limousine Commission has voted Nissan's NV200 the "Taxi of Tomorrow," meaning hack fleets will be required by law to replace outgoing taxis with the chosen model.

The first NV200 cabs are expected to hit NYC streets in a year's time, at which point passengers will experience the roomier back seat, taller doors, higher head clearance and easier-to-load trunk featured in the boxy vehicle. The interior also boasts USB charging ports, passenger-activated climate controls, a tappable credit card reader and the de rigueur annoying flatscreen that I have to shut off to avoid getting carsick. 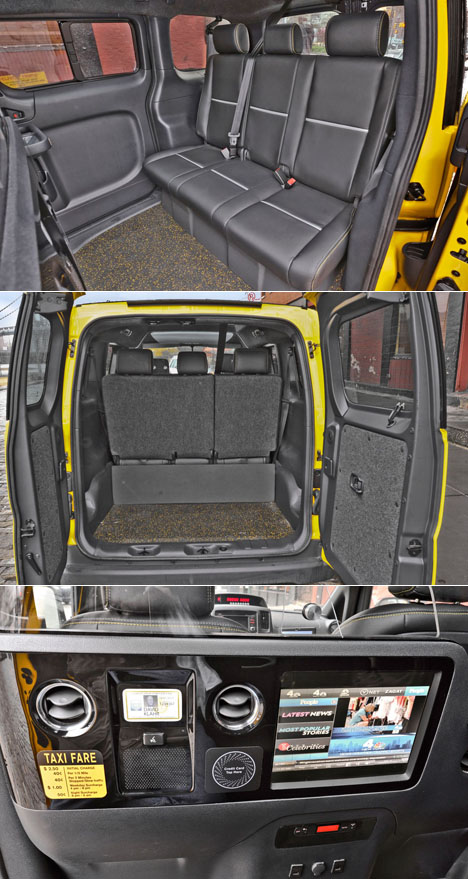 In the oddly silent video below, notice the vehicle uses sliding doors rather than swinging. At first I thought this would reduce the amount of bike accidents; I've seen it happen more than once where a careless passenger throws the door open without looking, causing a bicyclist to crash into it. But what I think will happen now is cyclists will crash directly into passengers exiting the cab. (I don't fault the design for this, I fault ignoramus passengers who don't look first.)