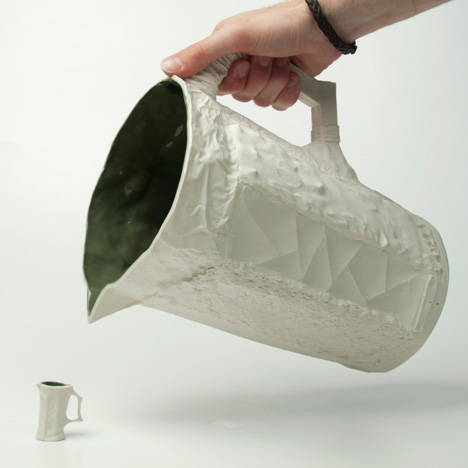 Eindhoven-based designer Dave Hakkens has been on our radar since we first got wind of his "Break Soap" concept, and it so happens that wind was the inspiration behind the more recent oil pressing machine. So too does his latest project begin with a seemingly straightforward concept—that porcelain shrinks when you bake it—and end with a fascinating, allusive series of objects. Curious about the 'diminishing returns' of the material, Hakkens "made a huge jug from all kinds of materials to see the shrinking process on different textures."From this jug I made a mold and poured porcelain in. Then baked it at 1260 degrees, and it shrank... With this porcelain model I made another mold and baked it, it shrank again. Made a mold from this model and so on... Every time the porcelain deforms a little bit and slowley the textures loses its detail. 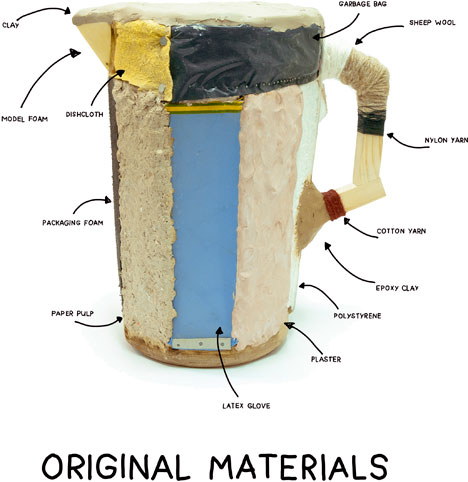 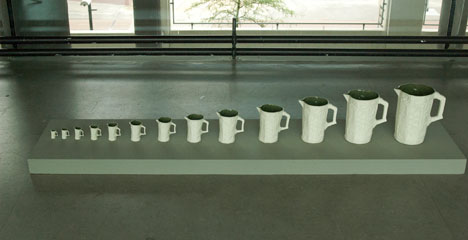 After 13 rounds of casting and baking, he arrived at a collection of 14 jugs, each of which comes in at roughly 60% of the volume of its progenitor. Thus, the original jug is a healthy, pitcher-sized 5000mL, while the last one holds a mere 10mL, or a whopping two teaspoons. 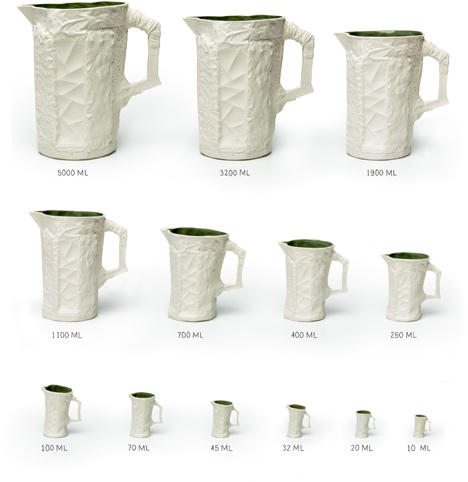 Meanwhile, minor deformations emerge in more subtle fashion, as details fade and the vessel develops a slight crook in its back. Although molds are intended to mass produce exact replicas from a single template, Hakkens' "Shrinking Jug" series clearly illustrates the variations that characterize handmade objects. 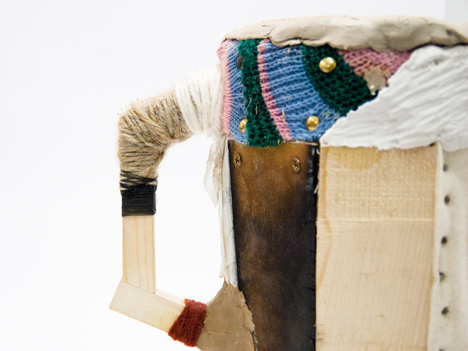 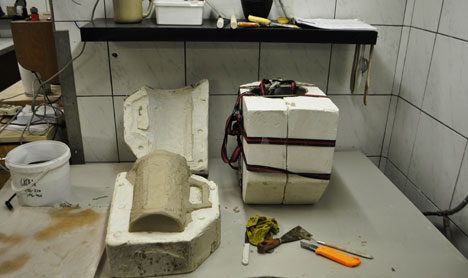 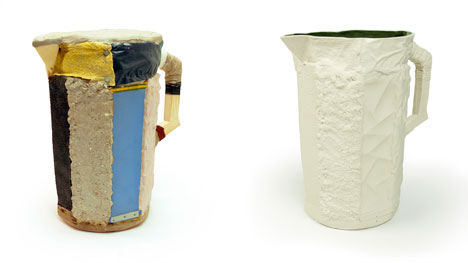 In other words, Hakkens' experimental re-casting process amplifies the ineluctable entropy of repitition, and the degradation of the form parallels the methodological reduction in size. 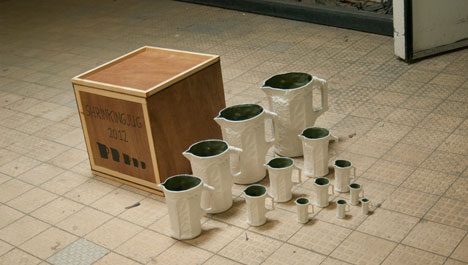 I see it as a physical variation of the this video art project from 2010—itself an homage to Alvin Lucier's I Am Sitting in a Room (1969)—in which Patrick Liddell uploaded a video to YouTube, then re-uploaded a downloaded (i.e. compressed) version of it... a thousand times. By the thousandth time around, Patrick Liddell looks something like the infamous "Ecce Mono" restoration that made web rounds last month. 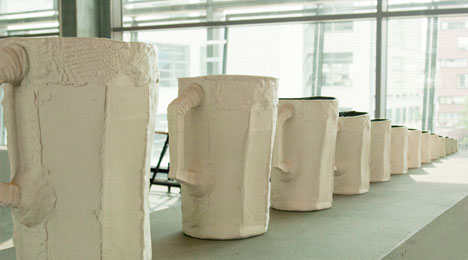 Still, the Matryoshka-like shrinkage of the jugs is rather less literal than, say, this stop-motion video of the ravages of time, and the fact that the process is somehow intuitive but not obvious only reinforces the concept.