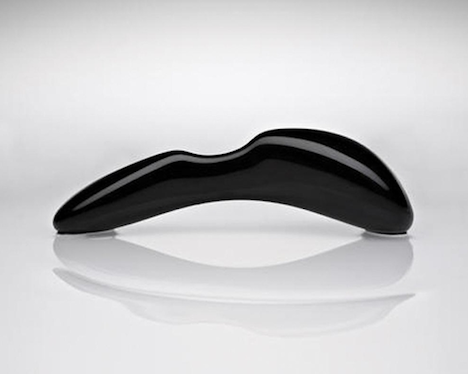 To celebrate BE OPEN's Sound Portal installation in Trafalgar Square during London Design Festival and to wax poetic on the nature of sound, Wired Magazine Associate Editor, Tom Cheshire, hosted a panel to discuss the future of sound and how our "sensory systems can help us design more innovative products that enrich our everyday lives." In addition to Lauren Stewart, a neuroscientist currently doing research on musical nueroplasticity, and the composer Matthew Herbert, Tom Dixon was set to start off the discussion on sound design, though through an error in the briefing he received he prepared ten minutes on how he designed a vibrator instead.

Bone, the vibrator commissioned by two women who, after working together for Tesco, decided to create a brand that introduced gallery-worthy products into the design-deprived adult toy industry. They approached Dixon, who described himself as "a British man, so I'm not used to talking about sex at all. But there was something about the project I couldn't turn down." He observed that most sex toys "are so far removed from the pleasure and sensuality of the act." By Dixon's estimate, 50% of sex toys are based on the male phallus, which 70% of women think is "an ugly object." Once you surround that object with more ugly design, from the packaging, materials, graphics and photography, you have a product category ripe for redesign. 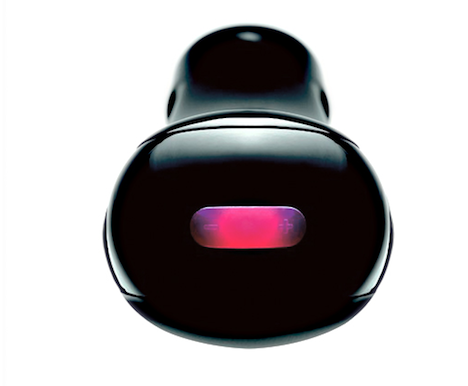 Instead of silicone and plastic, Dixon proposed that given the intimate nature and proximity to the body, a sex toy should be more like a piece of jewelry, an object that's not only hygienic and a pleasure to touch, but precious as well. The consumer sex toy market hovers around the £15–£35 price range, so why not make a more expensive object in a market mostly devoid of luxury items? Getting back to the panel's focus on sound, Dixon also found the motors used in most sex toys are far too loud. "In a time when your senses are heightened, the motor only becomes that much more distracting." Thanks to the ubiquity of cell phones, miniature, motorized vibrators are not only reliable but readily available as well.