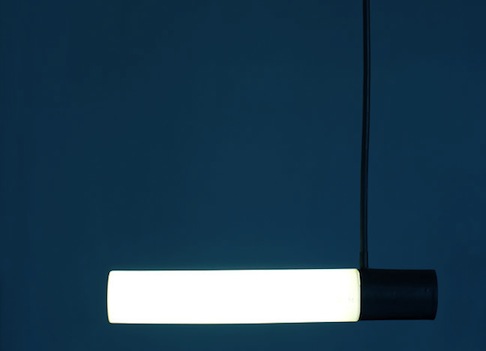 You might recognize Sylvia Holthen for her AK-47 Safety Lock, the innovative gun lock that helped to prevent accidental shots in conflict zones, which we featured in our 2012 Design Awards. Her latest product, the L-Lamp, may not be quite as socially impactful but it's nonetheless practical and efficient. Designed in collaboration with ceramicist and fellow product designer, Birgitte Due Madsen, the L-Lamp is composed of a simple, unglazed porcelain tube that gives the "normally cold, energy efficient bulb" a warmth and radiant glow. 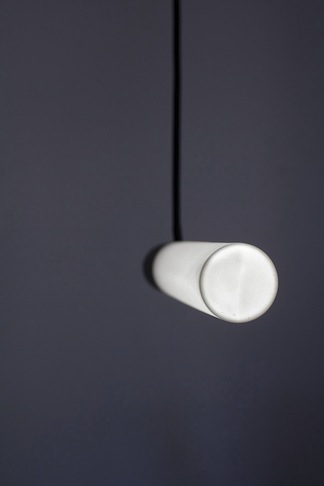 After researching LED technology in the light laboratory of the famous Danish lighting designer, Louis Poulsen, Holthen chose a 11W bulb with a 15,000-hour lifespan. The built-in plug the light connects to acts as a counterweight so that the porcelain tube "appears to balance magically." L-Lamp is still in its prototypical phase while Holthen works out one final kink. The current rubber cord isn't quite strong enough to support the weight of the plug, the bulb, and its porcelain enclosure, and after a few hours it sags, resulting in a less than perfectly horizontal tube, which, unfortunately, destroys the 'L' effect completely (see image below). That said, if Holthen can figure out a way to lock assault rifles and prevent misfires in combat zones, a little rubber cord should be a breeze.