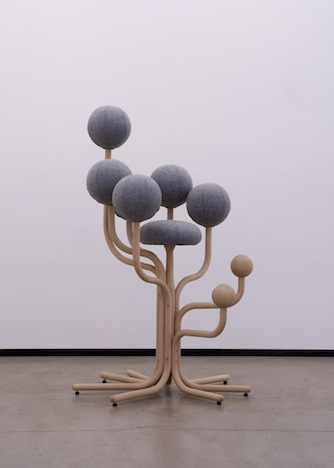 100 was a popular number at London Design Festival this year. 100% France showed off new work from its young designers at 100% Design, LDF's answer to New York's ICFF. Meanwhile, across town in Shoreditch, 100% Norway created a special exhibition as part of the design shows at Tent London, where they haven't made an appearance since 2006. The group's London-based curator, Henrietta Thompson, and co-curator, Benedicte Sunde, selected works by 22 designers, most of whom are up-and-coming young Norwegians fresh out of design school with a few iterations on classic regional designs thrown into the mix, like the Popcorn chair by Sven Ivar Dysthe and the Garden chair by Peter Opsvik (above), which visitors were eager to climb up into to view the show from its tree-like seat.

After a five year hiatus, Norway seems anxious to show how, according to Thompson, "after spending years in the shadows of its rightfully much lauded neighbors creatively, it has now fully emerged as a significant global player in its own right." This is not to say, however, that 100% Norway wishes to push a cultural stereotype or point of view wholly separate from their fellow Scandinavians. "That notion is redundant," Thompson said, especially "as national borders become ever more blurred with designers completing their education all over the world." What the exhibition does reflect is Norway's history of craftsmanship, its ideals of "modesty and purity," and its focus on the quality of materials and the simplicity of the object. In that way, Norwegian design isn't any different than Scandinavian design in general, and the very excellent work on display is evidence enough that Norway is no shrinking violet, but is entirely capable of standing tall amongst its Scandinavian design brethren and potentially even leading the pack. Take a look at our five favorite pieces from the show. 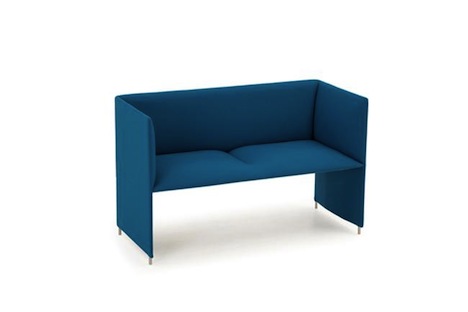 Two of the founding members of former design studio Norway Says, Torbjorn Anderssen and Espen Voll, broke out in 2009 to establish their eponymous studio, which has gone from "strength to strength," launching products for manufacturers such as La Palma, Established & Son, and Muuto. The Mono sofa, their latest product, was recently awarded the prize for Design Excellence from the Norwegian Design Council. 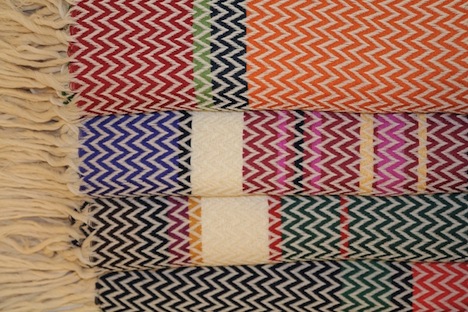 Meanwhile Andreas Engesvik, the third founding member of Norway Says, hasn't done too shabbily for himself since the studio disbanded. He's created a wide range of products for Iitalia, Muuto, Ligne Roset, and Asplund. His Bunadspledd blankets are inspired by bunads, a 19th century national costume for both men and women with over 400 variations that differ by region. 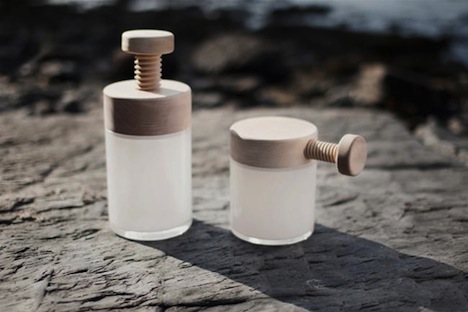 After completing an internship with Anderssen & Voll earlier this year, Caroline Olsson, a recent graduate and recipient of the 2011 Young Designer of the Year award by Elle Decoration, developed the Turn Light prototype, which dims as you turn the oversized wooden screw atop the glass base. 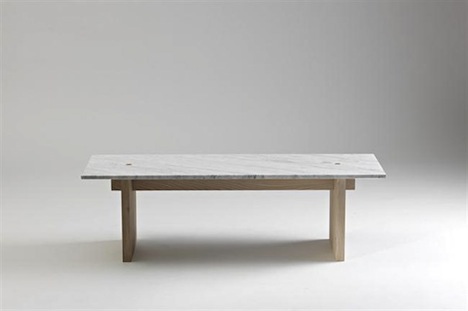 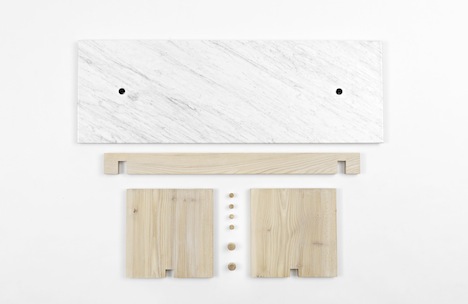 Shortly before he graduated from Bergen National Academy of the Arts earlier this year, Lars Beller Fjotland founded Beller Design and launched two new products, including the Nuki table, a beautifully simple "fusion of Nordic simplicity and Japanese joinery constructed using a traditional interlocking system with a marble top." 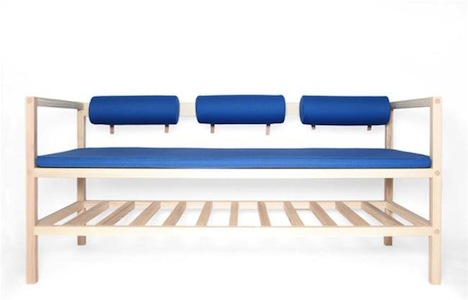 The young yet already accomplished designers Victoria Gunzler and Sara Wright Polmar, who met while studying at Oslo National Academy of the Arts, joined forces after graduation and created the Benkt sofa and accompanying blanket, a prototype manufactured in cooperation with Roros Tweed. Benkt is Gunzler and Polmar's take on the traditional Scandinavian kitchen bench "and is meant to provide a comfortable social setting during a meal," as well as additional storage with the practical rack underneath.