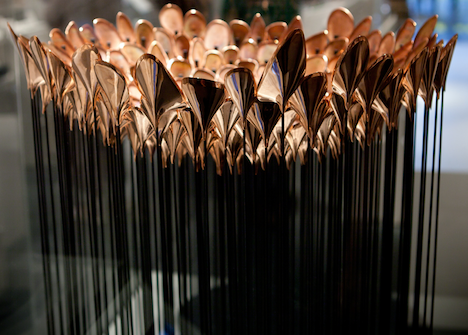 Model of the Olympic cauldron designed by Thomas Heatherwick

With only 48 hours left to see "Heatherwick Studio" at the V&A in London, the fantastic exhibition about the progressive and experimental work by the studio established by architect and designer Thomas Heatherwick, it's not surprising that crowds are packing in to see the overwhelming array of projects developed and executed by the studio, so be sure to book your free ticket in advance. Given the expansive nature of the studio's work, it's not clear as to why the museum chose to hold the exhibition in a single, smallish room off the central hall. Still, if you can bear shuffling through the thicket of wonderstruck visitors it really is well worth the occasional bump or shove. The projects on view, which range in scope and scale from the recent Seed Cathedral to the Christmas cards his studio has been sending out every year since 1994 give you an idea not only of the full range of Heatherwick's abilities and expertise, but the smaller projects, proposals and materials experiments give a sense of perspective and deeper understanding of the studio's larger architectural structures. 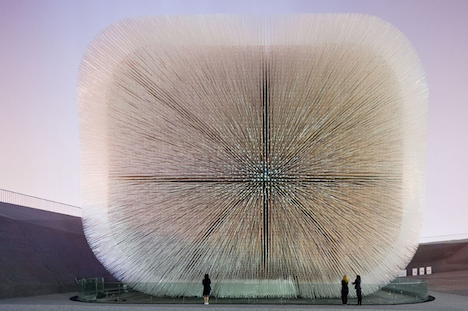 Heatherwick, who studied 3D design at Manchester Polytechnic, began what would become a lifelong obsession with the relationship between architecture and practical craftsmanship when he interviewed architects, builders and contractors for his dissertation. "His research supported his view that there was a disconnection between the design of buildings and the craftsmanship of architectural details." To marry the two, he founded a studio in 1994 that focuses on the creative process and pushes fabrication techniques to the limits of the materials. Ideas for larger scale structures emerge from experiments with crushing or folding paper, or dropping molten metal into a beaker of cold water, for example. "One of their lines of enquiry has been that texture can define the form of a building rather than simply act as a surface detail or facade decoration." The textures the studio experiments with include everything from the spiky exploded form of B of the Bang, a metal sculpture located in Manchester, and the Seed Cathedral built for the Shanghai 2010 World Expo. The exterior, comprised of 60,000 acrylic rods embedded with plant seeds, has since been dismantled, but pieces of it are shown in the exhibition. 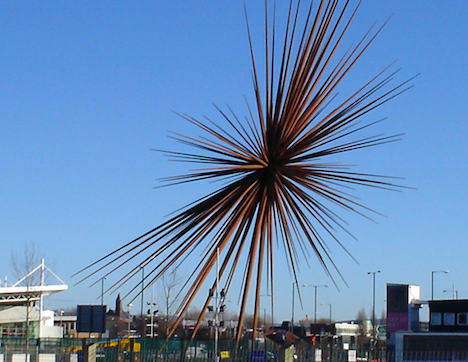 Heatherwick studio remains one of the only design and architecture practices that makes the majority of their models in-house in an effort to use model-making as an essential part of the overall design process. They're also the only studio, to our knowledge, that takes their Christmas cards so seriously. Until 2010, the studio used the annual tradition of creating and sending Christmas cards as an opportunity for even more experimentation with materials, and the meticulously crafted cards "were considered to be individual studio projects in their own right... Mini production lines were set up each Christmas. Bespoke tools, jigs and other devices were invented specifically for the fabrication of hundreds of cards." Taking in this huge range of projects in a single lap around the exhibition space at the V&A is the perfect way to wrap up London's season-long celebration, first with the Olympics and then with the city-wide engagement in London Design Festival.