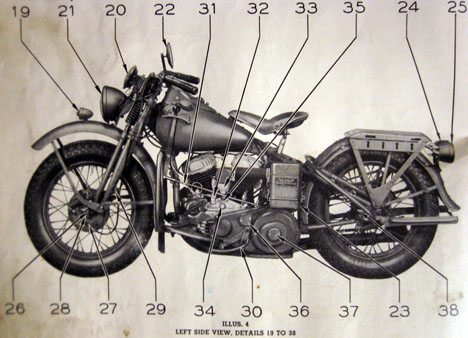 Most of us know that motorcycle clubs, whether of the law-abiding or outlaw biker gang variety, are descended from WWII vets who caught the "riding" bug in the combat zone. But what role, exactly, did motorcycles play in the military? 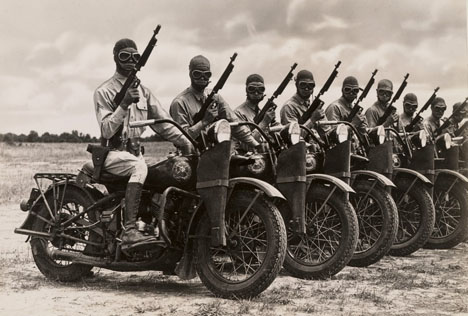 Next to a jeep or tank, a two-wheeled vehicle that leaves its operator exposed seems a poor choice for an army vehicle; but there are worthwhile tradeoffs. A motorcycle's speed makes it ideal for scouting, reconnaissance and messenger capacities. It can travel where larger vehicles cannot. It uses less fuel, and you can fit several of them into a transport vehicle. Adverse weather and terrains could reduce their effectiveness, but clever engineers would counter that with design.

Let's look at some bikes. Check out this quick, 30-second vid of the U.S. Army training military dispatch riders in the 1940s:

They're riding around on the Harley-Davidson WLA, which first saw production in 1940. Harley engineers took an existing civilian bike, the WL, and adapted it for military use with several changes. The fenders were shaped in such a way that mud flung by the wheel could exit from the sides rather than clog. It was fitted with a heavy duty carrying rack in the rear that could support an ammunition box or two radios, and saddlebags could be hung from its sides. A scabbard placed up front was sized large enough for the driver to tuck a Thompson submachine gun in. On the other side of the front wheel, another ammo box could be attached. 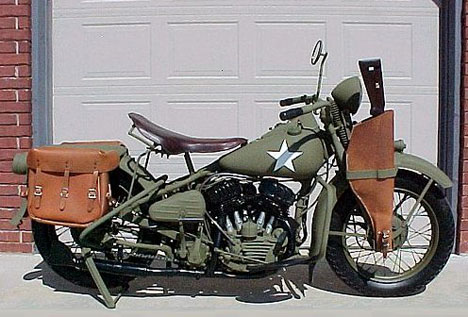 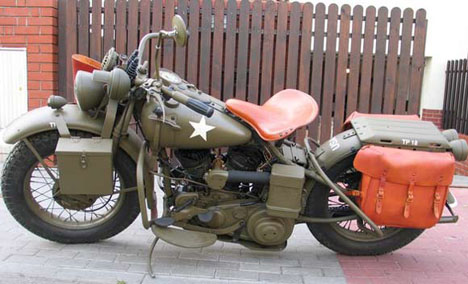 A secondary set of "blackout lights" were added, which diffused the light to reduce the bike's nighttime visibility to observers. (Modern-day military blackout lights feature a special lockout switch design, so that you cannot accidentally turn the regular lights on; I haven't been able to determine if the Harley had these.) 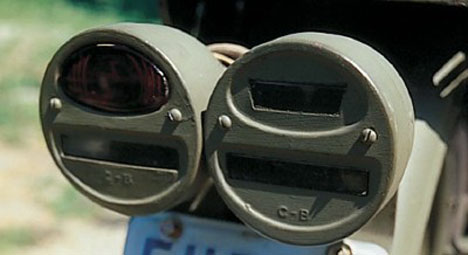 There were mechanical changes as well. In a nod to the Army's logistical needs, the air filter was replaced with an oil-bath air cleaner—something then used in farm tractors in high-dust environments—for ease of maintenance; rather than having to stock replacement air filters, the rider could "freshen up" his filter by adding regular motor oil. And the crankcase was redesigned to reduce water intake, so that the vehicle could reportedly ford 16 inches of water without stalling out.

The color shots you see here of the WLA are obviously prettied-up, modern-day restorations. In 1942 they were more likely to look like this: 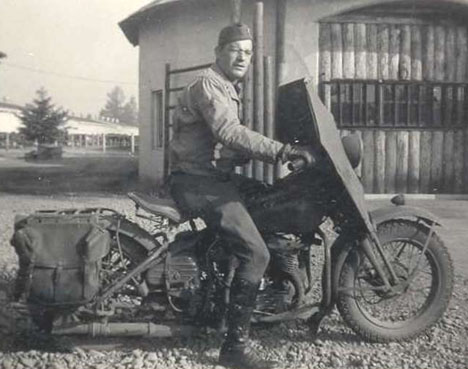 In that shot you can see this soldier's lucky enough to have the optional fairing/windscreen attached, but not the submachinegun scabbard.

This one's got the best of both worlds... but no saddlebags: 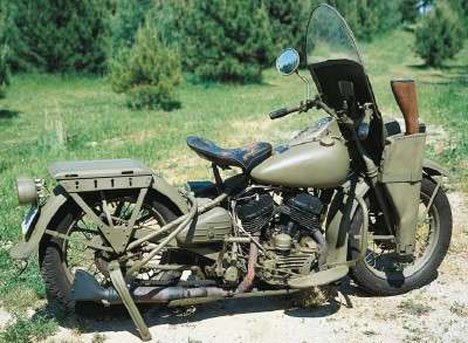 The WLA was not exactly a fold-flat design, but it did break down into a crate for shipping: 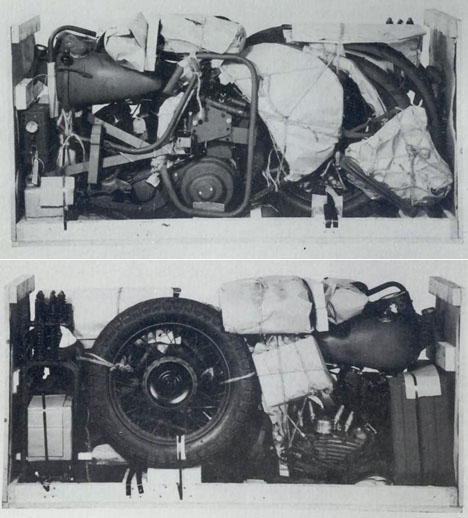 While Harley-Davidson was producing these, their competition across the pond—BMW—was not sitting idle. Next we'll see what they were up to.