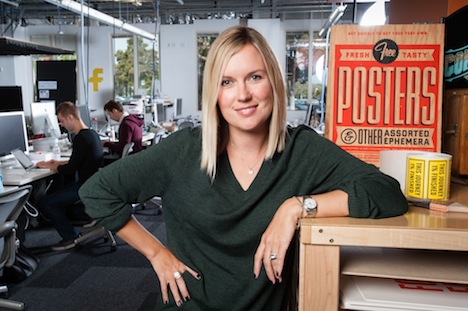 One year after Facebook granted Design Mind an inside peek, Facebook's director of design opens up on the company's latest goals and strategies.

Silicon Valley is undergoing a design renaissance. In an age when just about anyone with a computer and an idea can create an app, companies are asking themselves, "What is the secret to success?"

The tech community used to think it was about the back end, so it focused on efficient code bases and faster software. These will always be very important, but technology companies are beginning to realize that winning customer hearts is as important as winning their minds and that success lies in those little moments of delight when a product doesn't just meet expectations, it exceeds them. This is the province of designers—and it's why we're now taking center stage.

Facebook was one of the first companies to place a premium on design. When I say this, people sometimes raise a skeptical eyebrow at me. Facebook, a design company? Let me explain.

Facebook was built on the idea of putting people at the center of everything, of human-to-human interaction. We call this principle "social design," and it's the heart of everything we do here.

Computers are getting smaller and smaller; now they fit in our pockets, and we bring them everywhere. And this shift to mobile presents new design challenges for Facebook. But I believe that we're well positioned, because for the three and a half years I've been with the company we've focused relentlessly on moving fast and always being ahead of the curve.

First, we're very transparent. This is a vital part of how the design team works—and the whole of Facebook. In an industry where companies live and die by their ability to move fast and be creative, we think keeping a culture of complete openness is essential.That culture is expressed in many ways. We have no private offices or cubicles. We tore down those walls so that everyone could sit out in the open with their teams. And it's reflected in the way the design team operates. We start every Monday with a team meeting to discuss what's going on across the company and take a look at the different projects people are working on. Throughout the week, there are as many as five critique sessions where designers can present their work and ask for feedback. Every Friday, Mark Zuckerberg stands in front of the whole company and answers questions from the audience. This means that everyone from an executive down to an intern gets the same, unfiltered access to the CEO and founder—every single week. 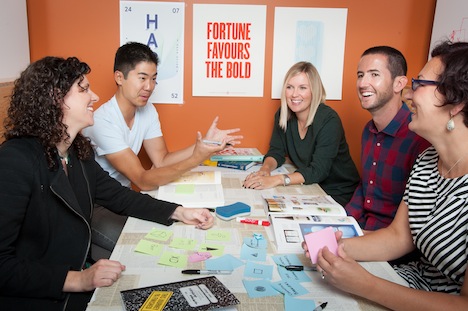 We're also a culture of experimentation and iteration. We actually use Facebook at work all day long, doing things like posting ideas to groups so our colleagues can comment on them. When we're working on a prototype project, we'll often open it up for the company to play around with.

And that's the other thing—we're a very prototype-heavy culture. Our designers often hack an idea together in a few days just to show it off, even if it's raw, and see what people think. If the seed of an idea is good, other designers can pick it up and help turn it into a polished, ready-to-go product. This way of working can sometimes be surprising for people new to the company; a lot of designers like to take their projects and disappear into a private room for a few days before emerging with a grand reveal. But this atmosphere of out-in-the-open ideation and experimentation has helped us attract a tremendous caliber of talent from all kinds of disciplines in the last year.

Our designers sit with the engineers and product managers they work closest with, in essence creating little pockets of entrepreneurism with the company. This sense of mini-startups within Facebook lets the teams move faster and communicate more. At the same time, our most experienced designers have taken a seat at the table with Zuckerberg, Chris Cox (vice president of product) and the other executives as they decide the direction the company will take. Designers now have a say, not just in the products we're working on, but in how Facebook on the whole will evolve over the years.

Good ideas can come from anywhere, and I meet with designers regularly one on one to talk with them about where they see opportunity. I've also started traveling to other companies more to see how they work, and I share the ideas I observe when I'm back at Facebook.

This is essential because of the challenges we face. We continue to grow, but we have to keep moving fast. And as the world goes mobile, I have a goal that every designer on my team is designing for phones by the end of 2012. But no matter where technology goes, I know one thing: It will always be about people, and because of that, social design will always be important. That is why I'm excited for the opportunities—and challenges—ahead of us as we continue our mission of connecting people all over the world.