People and Their Stuff: Huang Qingjun's "Family Stuff" and Sannah Kvist's "All I Own" 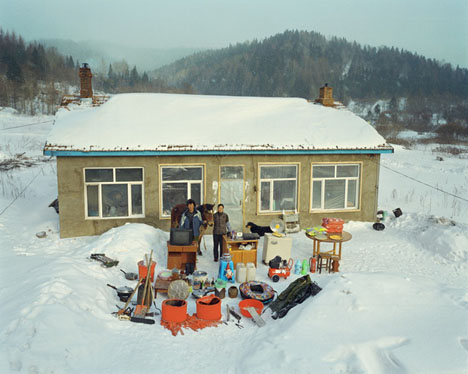 The Chinese phrase si da jian literally translates as "four big things," and in 1950s China, it referred to four objects every family wanted to own: A sewing machine, a bicycle, a wristwatch and a radio. Over the decades the list evolved—the BBC reports that by the 1980s, it referred to a TV, washing machine, rice cooker and refrigerator—and today the phrase has become slang for any desireable object.

Chinese photographer Huang Qingjun has been using his camera to document the possesions of families in the Chinese hinterland. (While he's found a lot more than four possessions, the amount of items pales compared to America's average family, where we have a culture of renting separate storage units to hold the overflow.) Huang's photography project, entitled Jiadang ("Family Stuff"), has him somehow convincing each family to take every single thing they own that's not nailed down, and haul it outside to be arranged and photographed in front of their dwelling. 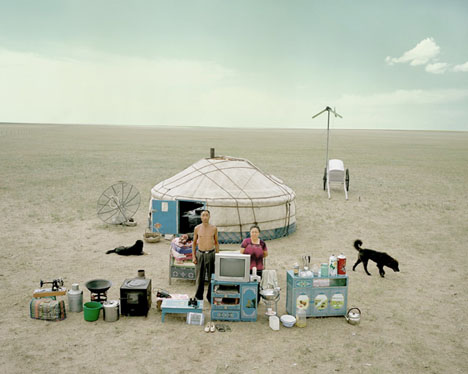 "Most people thought what I was proposing was not normal. When I explained I wanted to set up a photo, that it would involve taking everything out of their house and setting it up outside, that took quite a lot of explaining," he says. "But almost all of them, when they realised what I was trying to do, they understood the point." 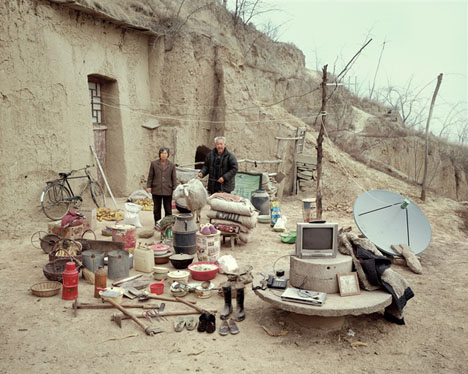 The project may seem similar to Swedish photographer Sannah Kvist's "All I Own" (seen below) from 2009, whereby she photographed the possessions of 20- and 30-somethings stacked up in their bedrooms; but next year will mark the 10th anniversary of Huang's first Jiadang shot. 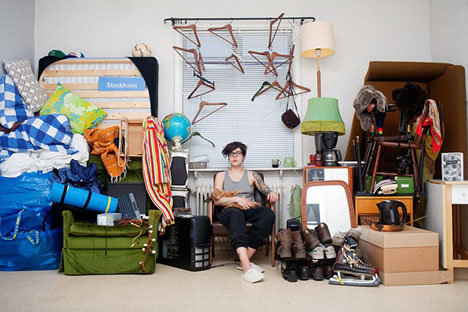 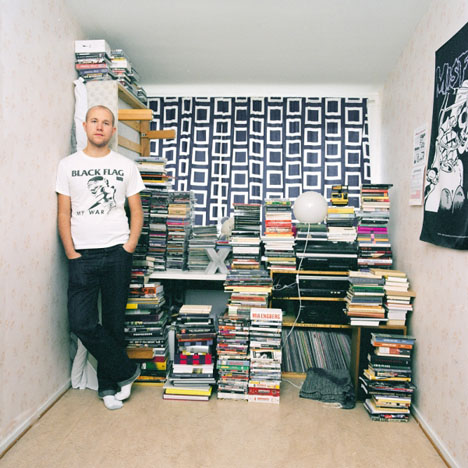 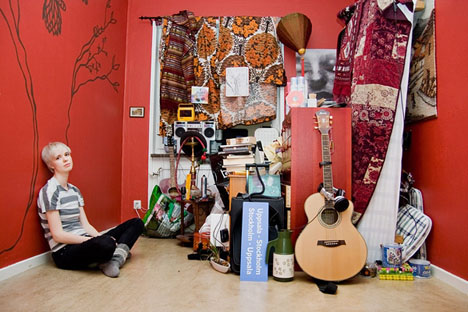 via petapixel and the bbc